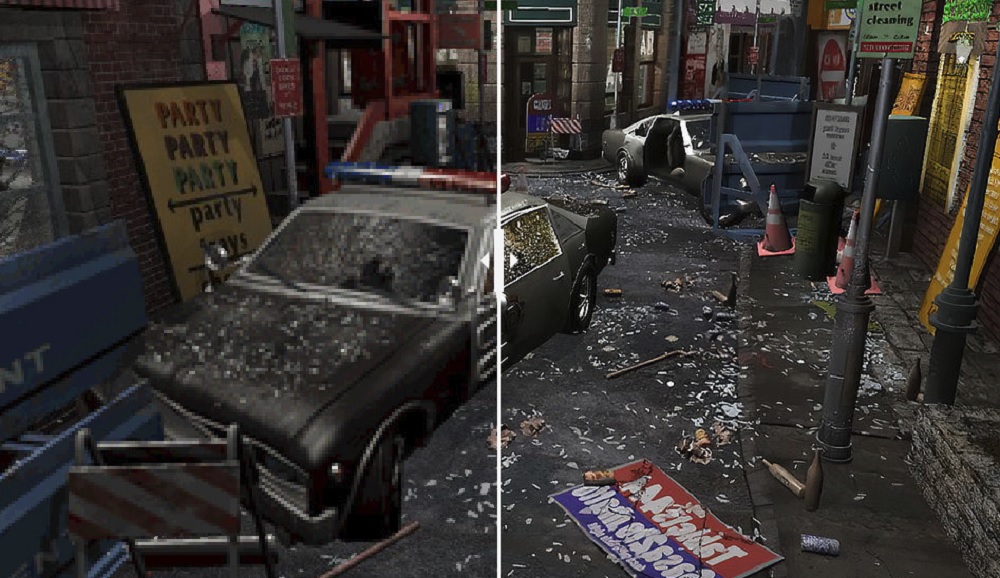 I’ve waxed poetic about how great Resident Evil 3 is for years now, from its Nemesis-stalking gameplay to the randomized elements that ensure a slightly different playthrough each time, but for the time being we’re kind of just waiting for the inevitable remake from Capcom. It hasn’t been confirmed yet, mind, but given the extremely positive reaction to the Resident Evil 2 remake, it’s only a matter of time.

While we wait, RESHDP (who also reworked RE2 and is currently undertaking RE1) has released a Dolphin (GameCube) emulator modification for the game, which upgrades it in a remaster-esque fashion. The idea is that it upscales the textures, menus and backgrounds, touches up visual effects, and manually edits in some text or screens that weren’t clear in the original. You can see plenty of comparison shots here and the differences are stark. The mod also upgrades FMVs from 320×160 to 640×320 with an optional pack.

The powers that be that are involved in this project went all out. Not only is there a custom build of Dolphin baked into the site that fixes music stuttering issues, but the landing page also explains everything that’s wrong with the build, including some “melting” artefact visuals (understandable), and imperfect textures. Acceptable losses! Don’t be too hard on yourself.