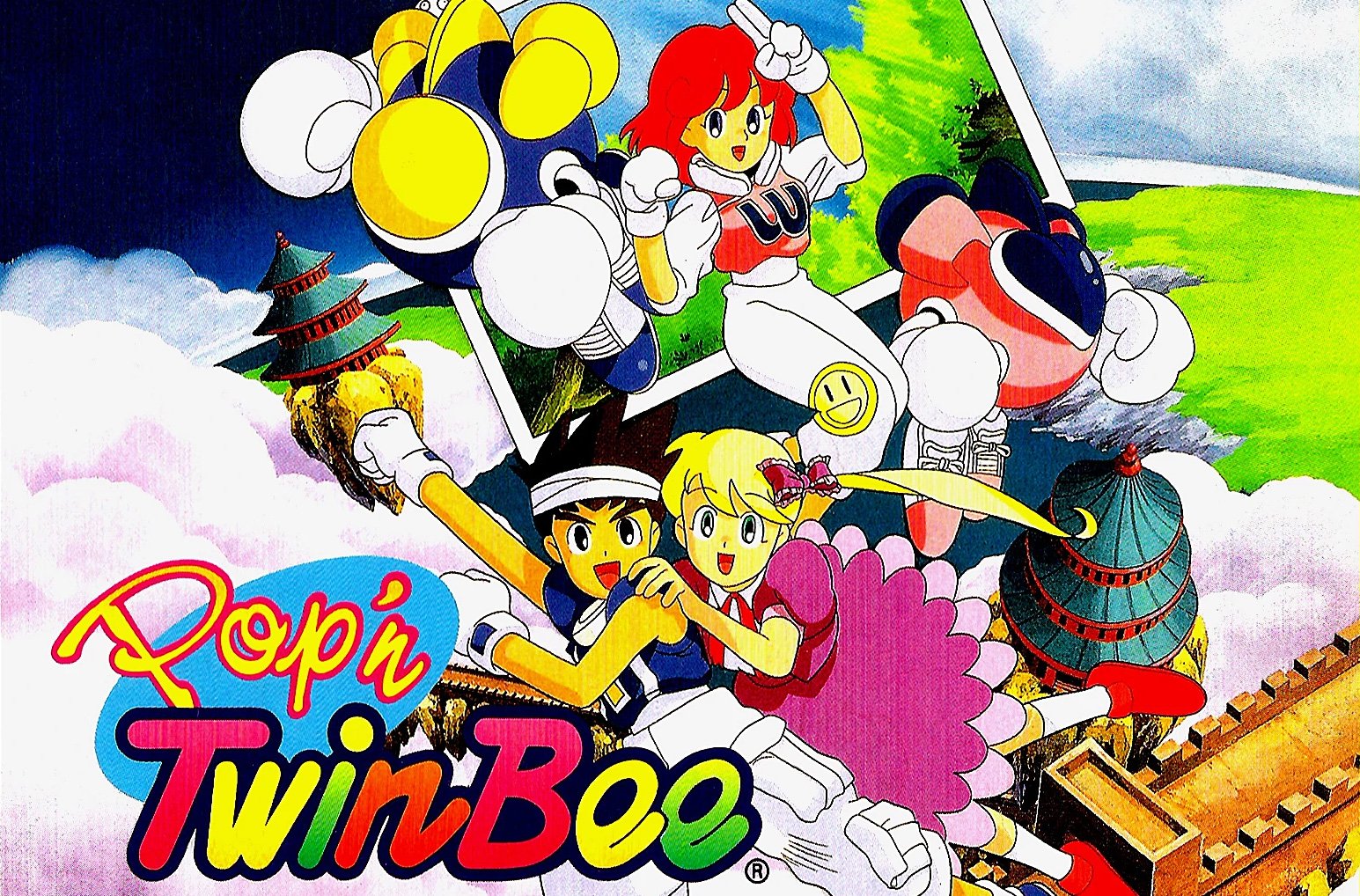 Then we can get back to our regularly scheduled grumbling

Nintendo has been slow and finicky with its Super Nintendo game rollout for Nintendo Switch Online subscribers. We’re still waiting on big-hitters like EarthBound, Super Mario RPG, and the Donkey Kong Country series, to say nothing of countless other gems that would be just as enjoyable to play now – in 2020, on Switch – as they were back in the ’90s on SNES. It’s a frustratingly avoidable situation.

That said, I can’t help but feel like too many of us slept on the most recent batch of games – the titles added to Nintendo Switch Online on February 19, 2020. Pop’n Twinbee, in particular, deserves more buzz. It’s a shoot-’em-up that people who rarely dip into the genre can have a good time with, and it gets bonus points for clever two-player co-op in which you can strategically hurl a friend at foes.

Pop’n Twinbee drew me in with its cute-’em-up aesthetic, but what I like most about the game is having to juggle power-ups before they fall off-screen while also dodging incoming fire, clearing out foes in the air, and chucking bombs at land-based threats, some of which are giant, goofy, waltzing pineapples. 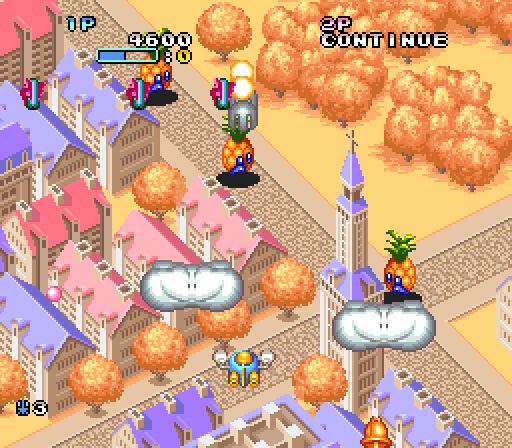 The actual bullet patterns aren’t overly difficult to dodge on their own, even for a middle-of-the-road player like me, but making the most of bells is another matter. If you collect falling bells straight away, you’ll simply earn some points, but if you keep firing – if you juggle them – then they’ll cycle through different colors, each of which corresponds to a different upgrade. It’s wonderfully high-stakes. You can kit yourself out with a shield, alternate shot types, and little helper ships. Green bells are a godsend.

Another tip: you may want to ease into Pop’n Twinbee. Apart from making liberal use of Nintendo Switch Online save states, you can swap between several difficulties from the main menu screen. You’ll probably breeze through the first few levels. If you manage to make it to a flying fortress – you’ll know it when you see it – try to watch out for the ship’s propellers. And don’t forget to throw those bombs!

I never played the original release of Pop’n Twinbee (it didn’t reach North America), but I’m glad to have checked it out all these years later. It’s nice to get more use out of my SNES-style Switch pad, too. If Nintendo could just bring itself to deliver mainstream hits and cult classics, I’d be in retro heaven.

Next up, I need to go HAM on Shadow of the Ninja for NES – a game I know will hurt me good.