Time for a nostalgia trip

Everyone remembers their first video game, right? I often think back on the games my family owned growing up and realize how much of an impact they had on my life. Without them, I might not be here today talking about video games with all of you. Most of you probably have fond memories of the games you played as a kid as well, and I’d love to hear about them!

Growing up, my family owned a bunch of consoles. We had an NES, SNES, Sega Genesis, and some stuff on PC. I primarily played on the NES, simply because we had more games for it.

My favorites were Blaster Master, Ironsword: Wizards & Warriors II, Mega Man 2, and Super Mario Bros. 2 (I always liked the second entries in the series for some reason). Granted, I wasn’t very good at any of these. I could never make it past the second boss in Blaster Master, never made it past the frog king in Ironsword, and never got very far in Super Mario Bros. 2 either (I blame Phanto!). I think I was a decent Mega Man 2 player, at least, but I know I never beat it back then.

They were still my favorites games, though, and I played them all the time. I often just kept replaying the first few areas and never got tired of them. Mega Man 2 had passwords, so I could use those to get farther in that game, but for the others I just started from the beginning every time. And I always had a blast! 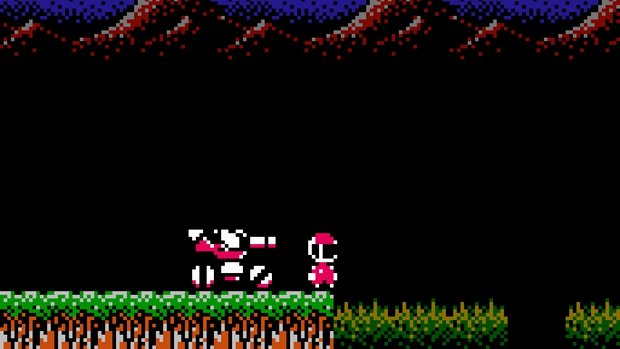 We had a ton of other NES cartridges, too. Of course, we had the other two Super Mario Bros. and The Legend of Zelda, plus some other neat games like Clash at Demonhead, Chip ‘n Dale: Rescue Rangers, 1943: The Battle of Midway, Marble Madness, and Excitebike, as well as some weirder ones like Fester’s Quest, T&C Surf Designs, and Winter Games. I dabbled in all of these games, usually with my sister and brother — who was way better than me at the time, so I watched him beat more than a few of them.

As for the other consoles, we only owned a few titles for each, and typically rented more. Our SNES collection included Super Mario World, Mario Paint, A Link to the Past, Final Fantasy II (well, IV), and Spider-Man and the X-Men in Arcade’s Revenge. I liked all of these, but I probably played Final Fantasy II and Mario Paint the most (I loved that fly swatter mini-game!). I was terrible at Final Fantasy, though. I always got stuck on the octopus boss or the Antlion. I know I never saw anything past that point. But I kept trying to get better, because I really wanted to see more of that world. 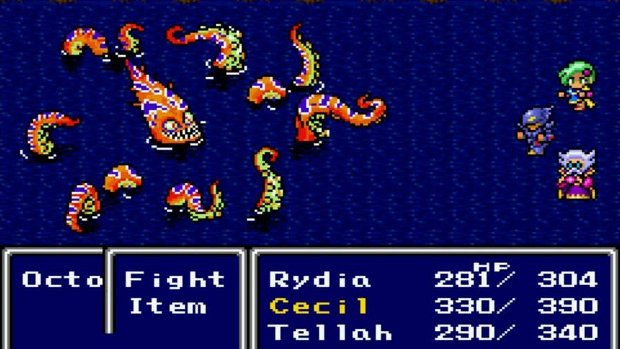 The Sega Genesis didn’t get much love. I know we had a few Sonic the Hedgehog games and Ecco: The Tides of Time, but I can’t remember anything else. Ecco was actually one of my favorite games at the time, because I was obsessed with marine biology as a kid (and still am!), but I was so bad at it that I just watched my brother play it instead. Whenever I played, I mostly just swam around and did flips and stuff.

We also had some neat PC games. I remember playing Myst, SimTown, Lemmings, Magic Carpet, and Lode Runner: The Legend Returns on our old Windows 95 computer. I always thought Myst was really interesting visually, but I could never solve the puzzles by myself, of course. I spent most of my time with SimTown and Lode Runner. I even messed around with the level editor in Lode Runner a bit and tried to make my own maps. 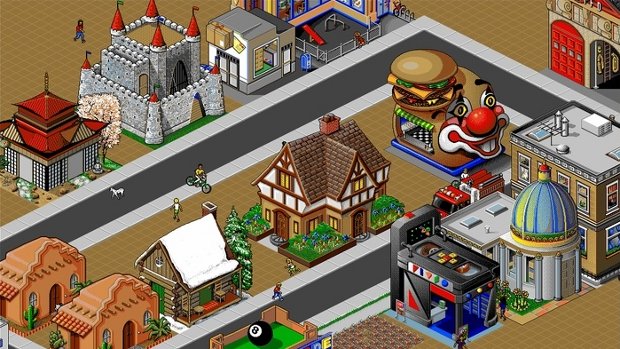 I’m sure all of the games from my childhood helped shape me into the gamer I am today and had major influences on my tastes. I always seemed to prefer the weird stuff, like Super Mario Bros. 2, Blaster Master, and Ecco. I loved platformers most, but also enjoyed RPGs and creative games like Mario Paint and SimTown. Of course, my tastes have since grown to include many other genres and types of games, but the ones I grew up with were the foundation of my hobby and I’ll never forget them.

How about you? Which games did you have growing up? What did you play the most and why?