[Terry 309 dives into uncharted territory, raising the question “What video game character would you be?” The scary thing about it? He’s relating it to Destructoid community members… ~ JuIc3]

This is something I have wanted to do for a long time. I have had enough of everyone on this site trying to conceal their identities from me. It’s about time I reveal who everybody truly is here.

Now this is not an easy job for me to do alone. I will need your help. Yes, I’m looking at you Destructoid community. I cannot account for everybody on here and that is your job. If you know a person on here and you can come up with the best video game character to represent them then by all means, add them to the list (unless they’re already up there in which case just leave a comment telling us another character who you think they’re similar to.

Of course some Dtoid members will be harder than others since not all of us disclose enough to really be easy to discern, so if you want to pick a character to represent you, by all means go for it.

However I have a list of people on this site who have themselves an alter ego that they haven’t revealed to us yet. My job it to expose these people for who they really are… or at least try to. It’s not easy trying to discern everybody’s video game alter ego but I will do my best.

First of all we have… You know it, I know it. This guy is a suave son of a bitch. He is one of the classiest members on the site plus he’s a fan of the Star Wars KOTOR games… well technically Final Fantasy XII is Star Wars so it was easy to pick the most fitting character and that’s Balthier who is also a classy, suave British guy who plays a role similar to Han Solo. This guy will get all the bitches and we will all be jelly of him in the near future but we won’t deny that he is awesome and a valuable member of the community

In case you don’t know much about Balthier, here’s a video to show you…

This video says it all:

Shame about the video quality but they took down the original one so I had to fish this one out of YouTube.

Just look at him, he is the splitting image of Andy, just with a helmet, a lab coat and camo-pants. However, we all know that Andy loves to don a pink robe and so does Guster… since when did you become an F-Zero racer Andy? I want to know why you hate Goroh so much. Plus, what keeps happening to your laundry? Did Goroh steal it from you or was it just fate that you were destined to wear a pink robe for all eternity? 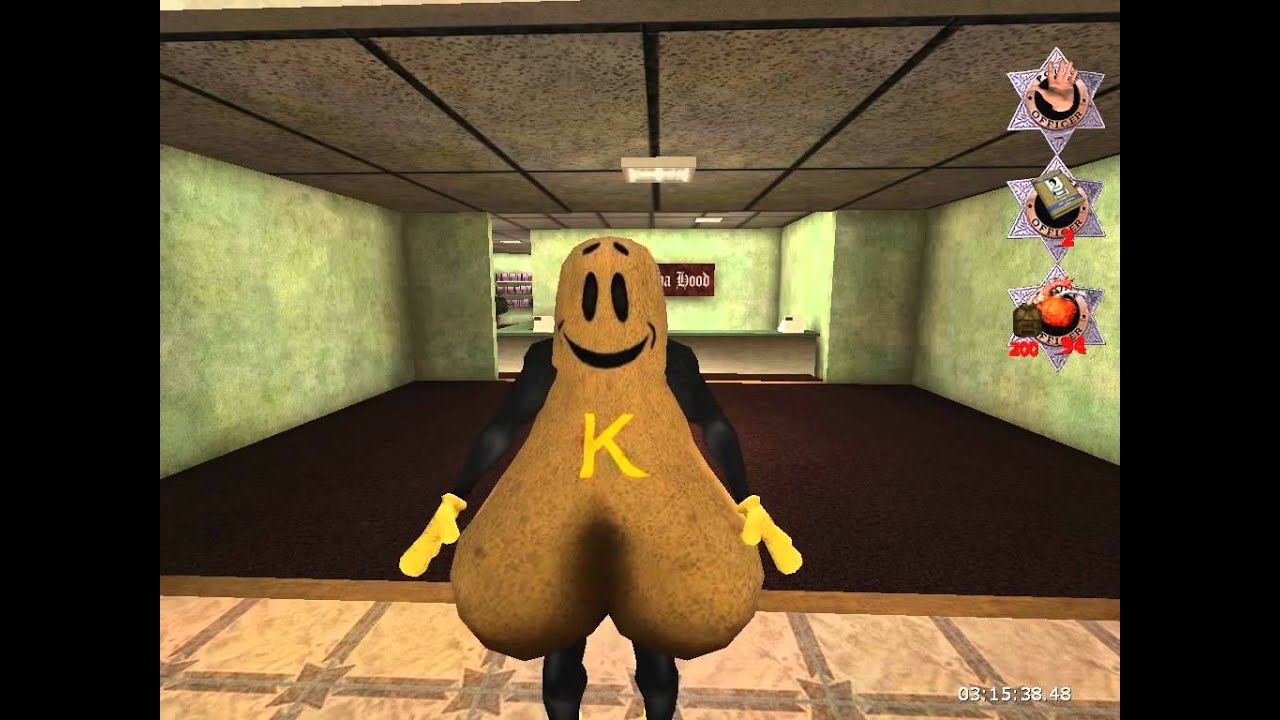 Just look at him in all his glory. It is true that Mike has the largest dick in all of Dtoid and he is the largest dick… literally, not in a bad way. Krotchy will fuck your shit up if you steal any of his toys and he is well armed and not to be messed with. However he enjoys being touched by people just like Mike Martin does. Mike Martin is Dtoid’s greatest treasure and we would be lost without him and his justice cock. When the world is on the brink of dickstruction, Mike Martin otherwise known as Krotchy will save us from the apocalypse with his rock hard mega justice cannon. He is a hero of our time and we should be blessed to have him on our side. 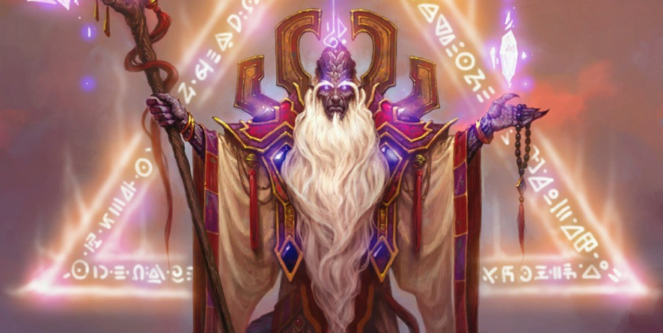 This was a tricky one… but I think I nailed it with this one. TheDustinThomas brings his divine guidance to all of us on Dtoid and he had had one of the longest beards on the site for some time now. He blesses us all with his love for Christian metal and even in his long absence, his long-ass beard shall never be forgotten, even if most of it is shaved off now… but brace yourselves — it will grow back and it will double in size in a few years or so. Velen is very much like TheDustinThomas in a lot of ways. Both of them have long beards and both are technically pastors. After looking up the definition of a pastor on Wikipedia, I found out that the word “pastor” in Latin means “shepherd” and technically, Velen is a shepherd of the Draenai and is also a powerful priest. He was the one who led the Eredar away from the Burning Legion and instead he follows the Naaru. His people live in peace because of it… however he has not forgotten the many horrors that have faced his people.

It is those horrors that drives him to grow stronger and helps him to protect his people from harm. He is our savior much like TheDustinThomas is our savior here on Dtoid.

It was a tough one between Nekro and Dreamweaver but sorry Nekro, I have evidence to prove that Dreamweaver is Lezard Valeth and it’s impossible for there to be two Lezards… the world couldn’t handle it.

Now where is this proof you ask? Right here:

Second place, huh? Well that’s enough to convince me. Dreamweaver has a thing for goddesses with angelic wings and a motherly sense of comfort… hmm, I wonder who could fit that role… 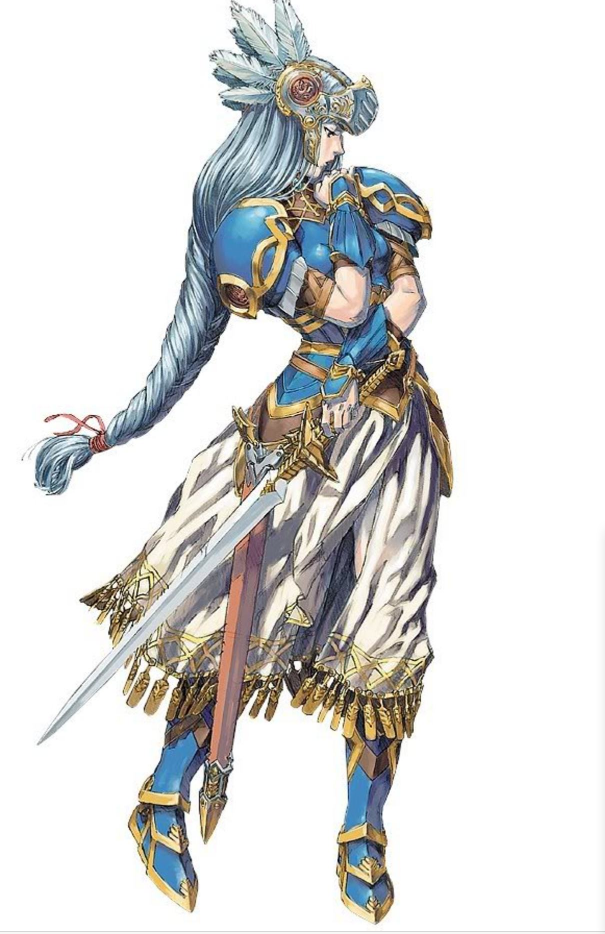 Lezard is crazy about Lenneth. So crazy, he is a total psychopath. He’s not afraid to break a few rules in order to get what he wants and he will do anything for a chance to be with his beloved goddess. He is technically the ultimate male Tsundere and I’m not afraid to say that he is quite possibly my favourite character in gaming. Why is this you ask? Because he is a badass, that is all you need to know. I’m not going to spoil too much about him but the video above will tell you all you need to know for now. Put simply, he is without a doubt one of the greatest if not THE greatest villain in video game history and he does it for one thing and one thing only… to be with his beloved goddess.

Dreamweaver raves on and on about his desire to lose his virginity… well newsflash, you can be a virgin and still be awesome. Lezard is proof of this. Plus his mad desire for Lenneth is just as potent as Dreamweaver’s countless desires. I think we should all be very cautious of Dreamweaver; he might end up going insane one of these days. However, I’ve always had a soft spot for villains in video games and I’m sure that whatever Dreamweaver does in the future, he will do it with good intentions. He is not certainly not an evil person and in a way, Lezard was never truly evil, he was just blinded by his own desires.

People say that when you grow old, you become a has-been, someone who is no longer as able as they were when they were young. This couldn’t be any further from the truth and Emma is proof of that. She is a 50-year-old knight with a lot of experience and knowledge. She is highly feared and revered by all, including the marquis she serves. Plus she also has a motherly nature about her but she keeps this locked behind her tough composure.

Elsa is like a mother to us all here on Dtoid. She keeps things clean but she is also open to controversy and discussion, no matter what the argument, and so long as it is clean, Elsa will encourage it. In a way this is just like Emma, she isn’t afraid of a good fight but she is quick to put people in their place when they do something stupid. Plus she watches over us using her wisdom to guide us down the right path and is always there for anyone who is struggling to move forward in life.

Elsa is put simply a wonderful person, a charitable person. The sad thing is, those tend to be the people who end up suffering from life-threatening illnesses, at least in my experience. But cancer was not enough to stop Elsa. She is a true warrior who has fought to make Dtoid a better place for all of us.

This is self-explanatory really. Shade Of Light watches us all from the shadows… especially GajKnight. He is invisible, gaseous and deadly. Nobody knows he is watching us in our slumber and nobody has truly ever seen him or heard his voice. He walks through the shadows. He knows the secrets of the universe. He even played Baten Kaitos for heaven’s sake. This guy knows his games, and that’s because he’s seen things that no mere mortal could ever see, including hidden gems guarded by the AAA industry. Shade Of Light managed to sneak behind those AAA guards and discover these gems, he gives us vital intel on what the enemy is hiding from us. He can also reveal invisible units including games that no one knows exists such as Baten Kaitos. They say that he is secretly the REAL guardian spirit of the game… but the guardian spirit is also secretly the shade from Warcraft III.

Shade will always linger here on Dtoid. Truth is, he is already dead. However he has somehow managed to contact us at Dtoid using a mysterious power only he truly knows. He is invaluable to this community and his voice echoes through the halls of the c-blogs section as he secretly promotes blogs using his shadowy powers. 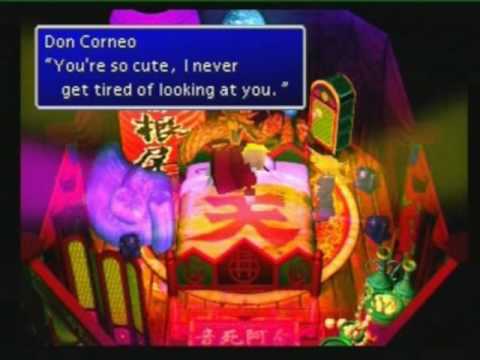 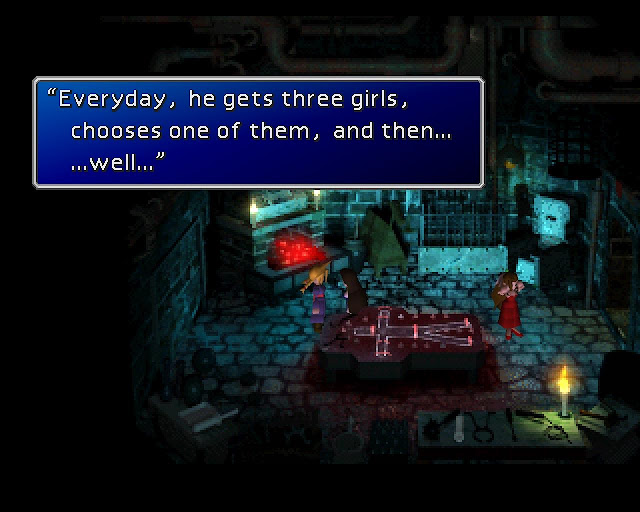 Nekro’s sex dungeon, as you can see here

Ah yes, remember this guy in Final Fantasy VII? Well he exists on Dtoid as well. Nekro and Don Corneo have a lot in common, both have sex dungeons and both of them spend their time searching for unwitting victims to stow away in their sex dungeon. It doesn’t matter who you are, boy or girl, if Nekro has his eyes on you, you will spend an eternity in his sex dungeon, just like Don Corneo. Nekro is feared by all Dtoid members and that has earned him respect. He is secretly plotting to take over the entire site and turn it into a sex doll distribution service.

So there you have it, eight Dtoiders have been exposed by yours truly. The rest is up to you guys. Can you find out what video game character your favourite Dtoiders are? Or do you wish to finally admit the truth? Comment down below and let everyone know the truth. No more secrets, it’s time to uncover the truth!!!

Sorry if I failed to expose you, I tried, I really did. but it is not an easy task. I’ve had a hard time trying to find eight people’s video game alter ego, let alone everybody on this site. In any case, I felt the need to post this for a very long time. Finally a Dtoid original blog post from me. Something that hasn’t been done in ages. My apologies for that. Consider this an apology for not sticking around as much as I used to. Let’s bring the community together and have some dumb fun because that is just what this is, it’s just a bit of dumb fun and dumb fun is the best kind of fun.

Edit: Hold on, I’ve got one more thing to show you