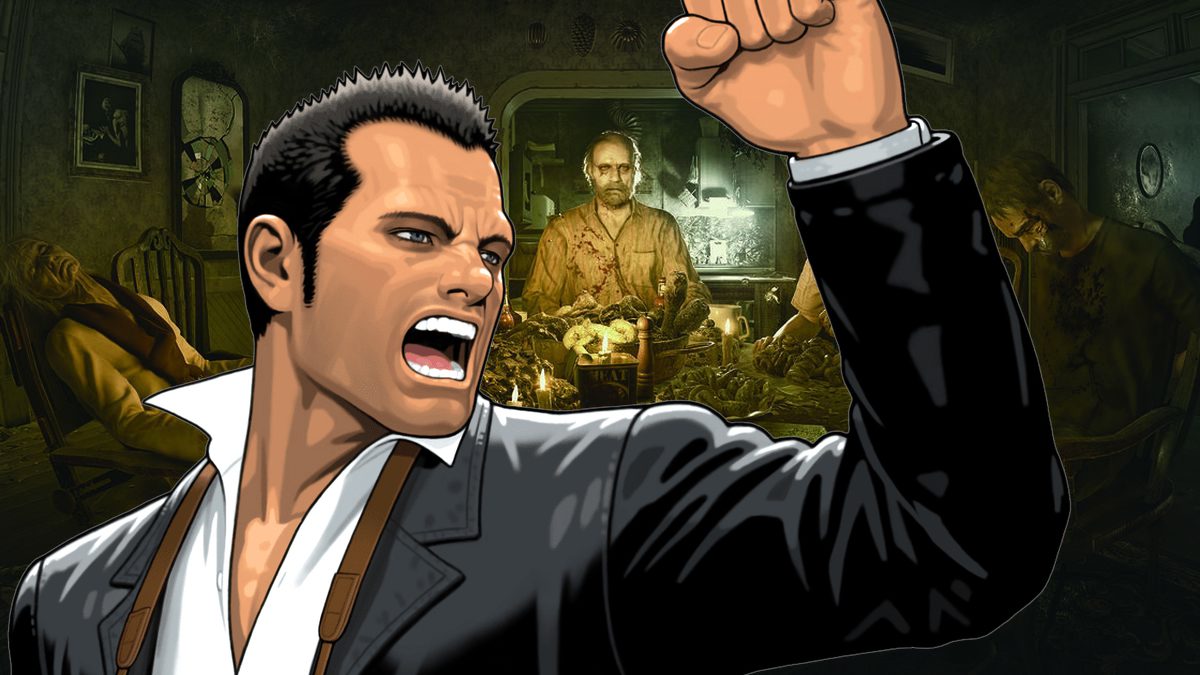 It’s still a few years away, but the potential of Unreal Engine 5 to define the next generation of gaming is very real. The demonstrations for it so far have been impeccable, and with some talented art directors, we could see some truly astonishing looking games on the PS5 and Xbox Series X. Or, we’ll see the same crap they’re making with Unreal Engine 4.

Either way, a game’s engine is a part of its identity. Sadly, some franchises are in the midst of an identity crisis. While I understand why it’s ideal for developers to work with one engine over many years, there often comes a point where the age or limitations of an engine hinders the potential of the series. Sometimes, to save a series, you have to make a change.

Thankfully, there are many options available for developers looking to revitalize a franchise. That’s the basis of this Destructoid Discusses post was prompted by Brett Makedonski, who got the idea when Jordan Devore brought up the fantastical prospect of a new Dead Rising game made with the Resident Evil engine (Psst…Capcom, you should do this). That led me to ask the rest of the Destructoid staff to name a game they’d love to see made in another franchise’s engine. 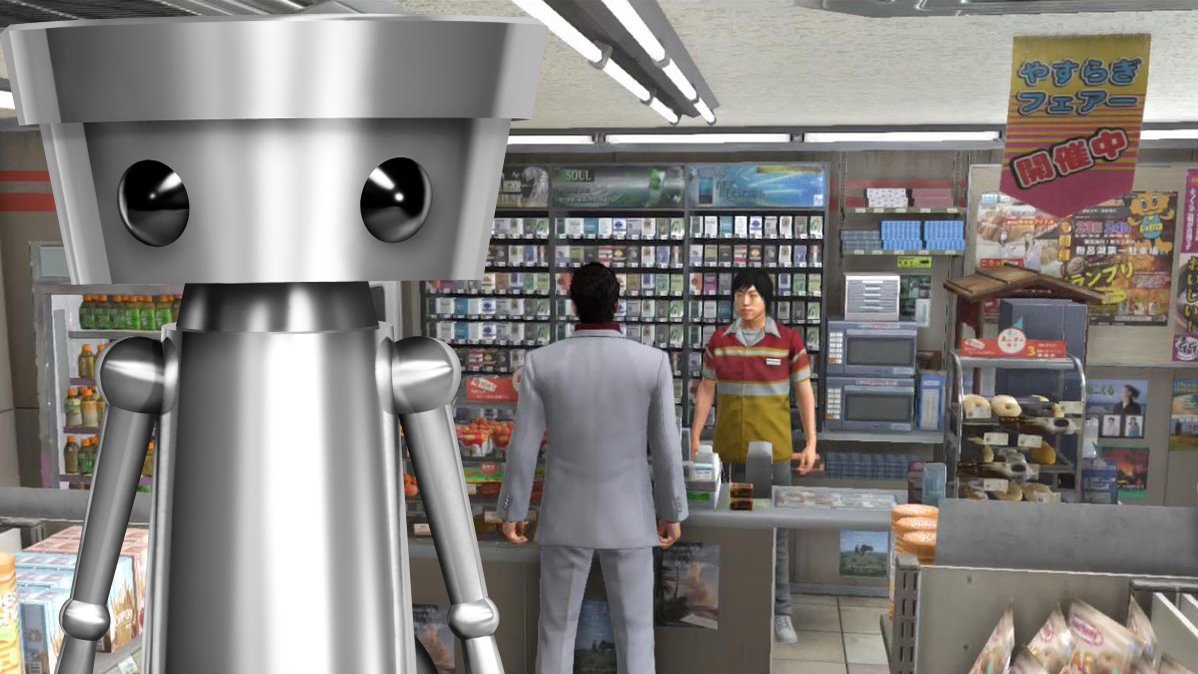 I really don’t know why I’ve never been able to get into the Yakuza franchise. I’ve made an honest attempt to do so with Yakuza Kiwami, but something about the gameplay just doesn’t grab me.

What does grab me are the visuals, specifically, anytime I see screenshots of convenient store interiors. I’m a sucker for a 7-11, so when I see all the little details Yakuza artists put into these locations, I literally swoon over them. They look like every AM/PM or Circle-K I’ve ever been in. That’s the type of attention to detail I love in games, and it’s the type of attention I’d love to see in a new Chibi-Robo game.

Yes, I know the franchise is dead. Yes, I know the developer is probably dead as well. But this is a wish-fulfillment article, and dammit, I want to see a household recreated with the same level of polish and attention found in the Yakuza series. Hell, Chibi-Robo doesn’t even have to clean up a house. He could work in one of those very convenient stores found in Kamurocho. And just imagine how much better it would feel to kick the shit out of Smoglings and Spydorz using Yakuza‘s signature brawler combat.

Come on Nintendo. Open those purse strings, take out some of that Switch money, and invest in a game that will look amazing and have zero chance of making back its budget. 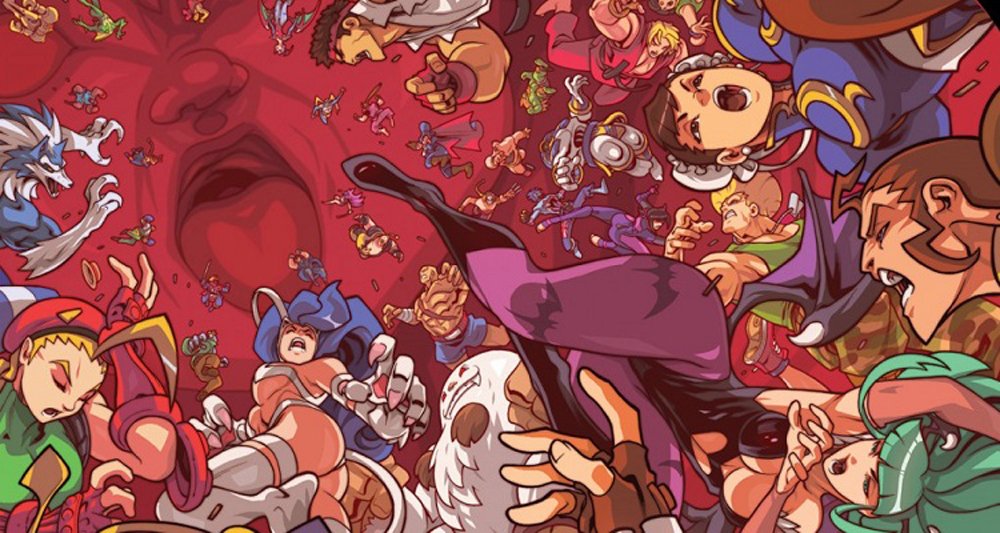 Jonathan Holmes – Street Fighter Vs. Darkstalkers made in the River City Girls engine

The Darkstalkers series has been dormant for a long time now, but thanks to its legendary character design and intriguing mythos, it’s still alive and well in other media. Udon, the comic’s publisher, is largely to thank for that. Their passion for all things Capcom isn’t always rational, but it’s as pure as can be, leading them to produce stories about as many of the game publisher’s characters as they can get their hands on, regardless of how little attention they get from Capcom proper. That’s how we ended up with Street Fighter Vs. Darkstalkers a few years ago, a series that I still reread a couple of times a year.

WayForward is another company that has an intense enthusiasm for obscure, often-forgotten game franchises; Ducktales, Centipede, and River City Ransom, to name just a few. They found quite a hit with that last one. River City Girls is one of their most successful titles to date, fusing everything that made the classic games great with the 3 things that 2nd- and 3rd-party WayForward titles are best known for; brilliant artwork, cheeky humor, and unbridled passion for their material.

It’s a similar formula success that Udon has followed over the years. In fact, more than one artist from the Udon stable has done freelance work for WayForward as well. That’s part of what gave me the idea for WayForward to take on the Darkstalkers brand. If they did half the job with it that they did with River City Girls, they’d end up making money hand over fist. Using that game’s engine and from the art direction would bring Darkstalkers alive again in ways that would feel both fresh and familiar. Through a little Street Fighter on top, and you have a game that could become the greatest in the beat ’em up history. I know Capcom has WayForward’s number. If they want to make this happen, all they’d have to do is call. 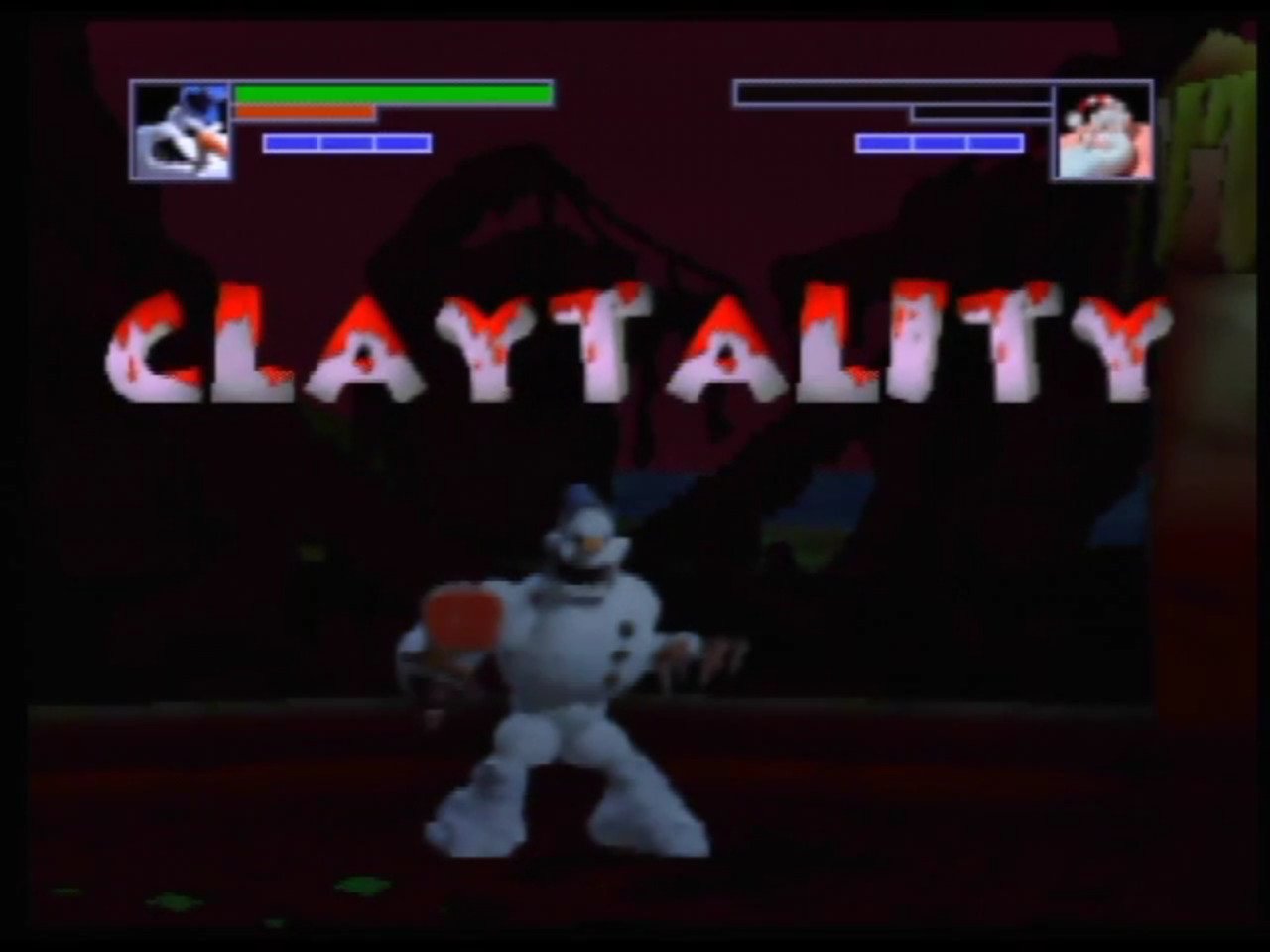 Is this cheating? Mortal Kombat 11 was made in the Unreal Engine 3, after all, rather than its own bespoke engine. However, this is more about how I want to see the game executed, rather than what graphical horsepower is under its hood.

ClayFighter is a somewhat contentious game. It was, in all of its iterations, never particularly good. Serviceable, sometimes, but certainly not something you’d see at EVO. It was largely a novelty first series, and, in my opinion, that novelty served it well. Except maybe in ClayFighter 63 1/3, because that game was not just terrible, but also weirdly racist.

The core philosophy of ClayFighter is to poke fun at conventional fighting games, from Street Fighter to Killer Instinct. Mortal Kombat isn’t safe from it its satire either, as claytalities were tacked onto the N64 entries. They were disappointing, to say the least.

What I’m saying is that I’d like to see ClayFighter really reach its ridiculous potential: gooey x-rays, gobs of clay spraying everywhere, and cartoonishly gruesome claytalities. Then maybe tie in a story mode where, and I’m just spitballing here, the clay realm is being slowly taken over by a giant corporation seeking to reshape the world in its image, and you might possibly have the first decent clay-based fighter.

Now, if Warner Bros. could just wrestle the rights off of Interplay’s shambling corpse, we’d be set. 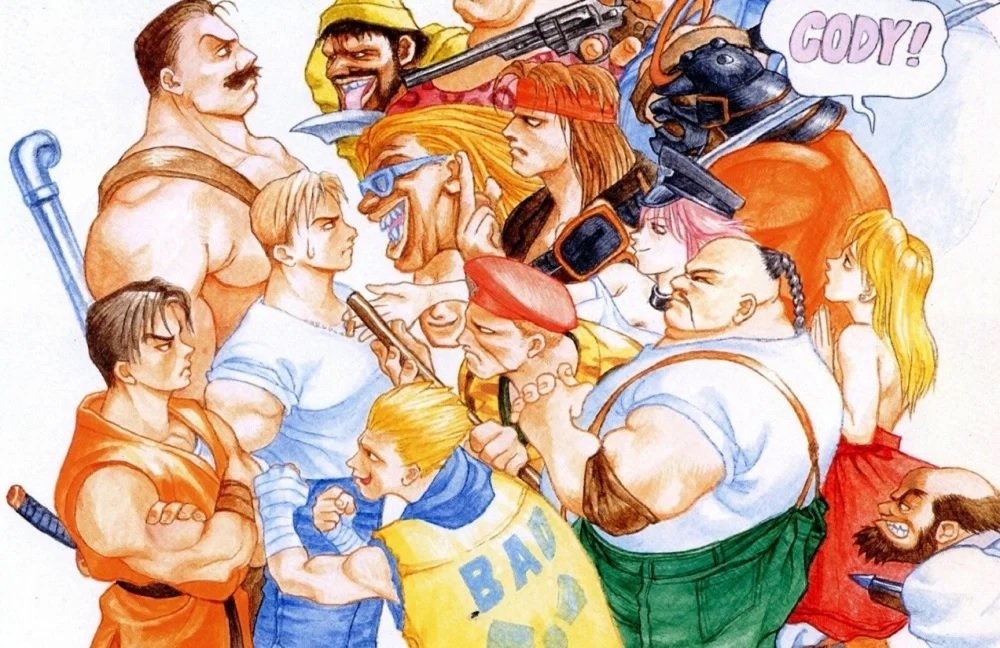 This is an obvious choice, but it still bears mentioning. DotEmu, Lizardcube, and Guard Crush Games brought Sega’s 16-bit brawling franchise screaming into the modern era with Streets of Rage 4, which perfectly captures the style, tone and gameplay of the ’90s classics while offering awesome new visuals, cool new characters, and utterly engaging combat. Streets of Rage 4 is a masterclass of marrying the past to the present, as demonstrated by its rave reviews and 1.5 million downloads to date.

But what I wouldn’t give for the same team to work its magic on Capcom’s 1989 hit Final Fight. I’m cheating a little as you couldn’t use the exact same engine as SoR – Final Fight has its own gameplay identity, after all – but the same spirit of reinvention would definitely work wonders for Hagger, Cody, Andore and co.

With a lavishly redesigned Metro City, a superbly animated cast of heroes and villains, (all hand-picked from the original Final Fight trilogy), a deep, overhauled combat system, four-player action, and a few hidden surprises, I’m convinced you’d have another guaranteed smash hit on your hands.

Oh, and make Poison playable this time around. I know she’s a villain. Screw the lore. 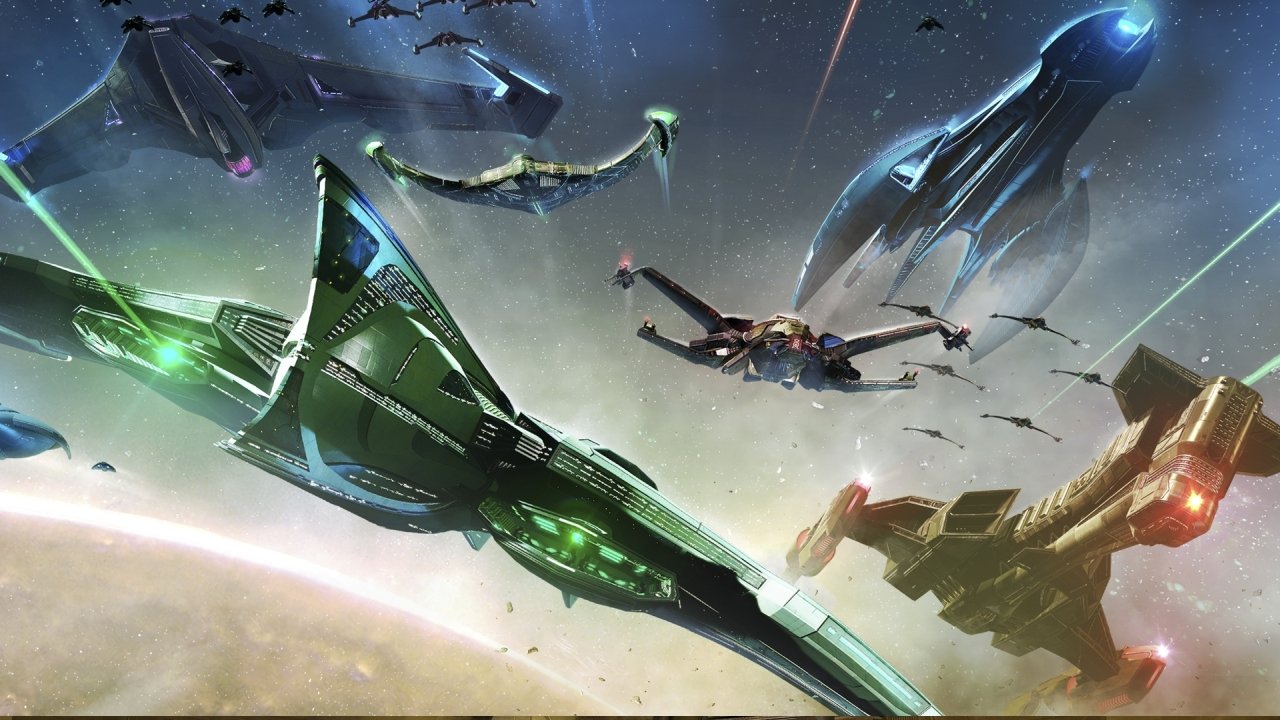 “Engine” is a bit of a weird term in that it’s far more expansive than it seems. To developers, an engine is functionally the infrastructure needed to make a game, while to most players, an engine merely corresponds to “what the game looks like.” The latter impression is a bit inaccurate since it essentially credits a game’s art direction and aesthetic style with the capabilities of its renderer.

But it’s still an interesting question for games that do have engine-related difficulties. Imagine what Mass Effect: Andromeda or Dragon Age: Inquisition or Anthem might have been like had BioWare not opted to use Frostbite, an engine that was, at the time, entirely unsuited to the genres BioWare worked best in.

That leads me to wonder what one of my favorite MMOs, Star Trek Online would be like had it employed the COBRA Engine used by Frontier Developments for Elite Dangerous. The game we have was built by Cryptic Studios on its proprietary Genesis Engine was essentially a rush job, after the original Star Trek Online project led by Perpetual Games fell apart. The result, especially in those early days, was more Millenium Falcon than U.S.S. Enterprise, in that it looked like a pile of garbage. Even today, the game can’t quite dodge the fact that it shares so much underlying tech with its sister title Champions Online, and stories of trying to patch the game lead to jokes about playing Vulcan Jenga.

What might have come of Star Trek Online if it were made with the same eye to expansiveness as Frontier displayed with Elite Dangerous‘ seemingly endless galaxy? How would the ground portions of STO turn out in light of the recent announcement of Elite Dangerous newest expansion? Star Trek Online is a much different place today than it was ten years ago, but I can’t help wonder what could have been had it been born different.