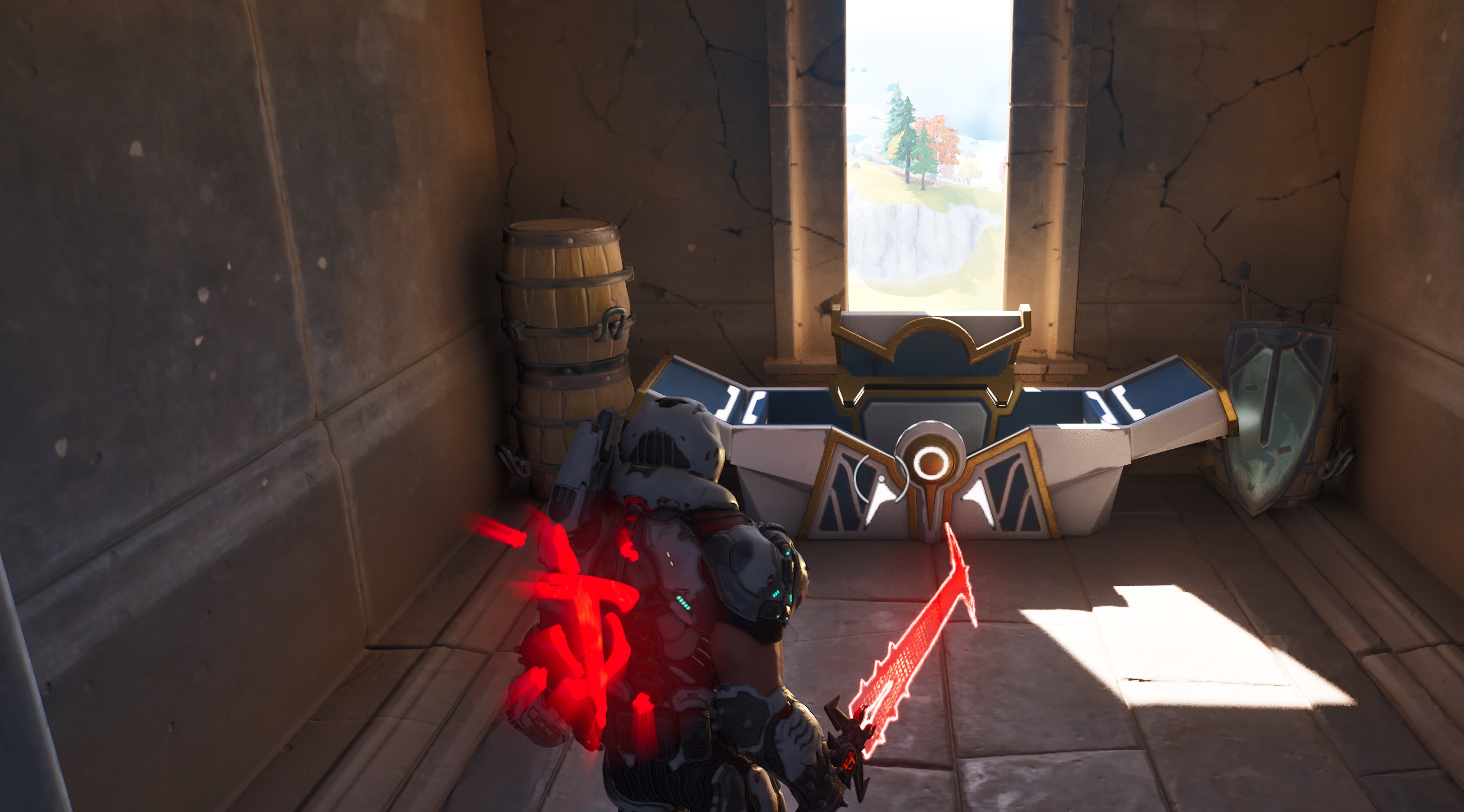 Fortnite chapter 4 season 1 is upon us, and the medieval theme shines through on multiple levels. That includes the chivalrous “Oathbound Chests,” which can provide better drops compared to normal chests, and err on the side of doling out a few of the more unique items that are arriving with this season. 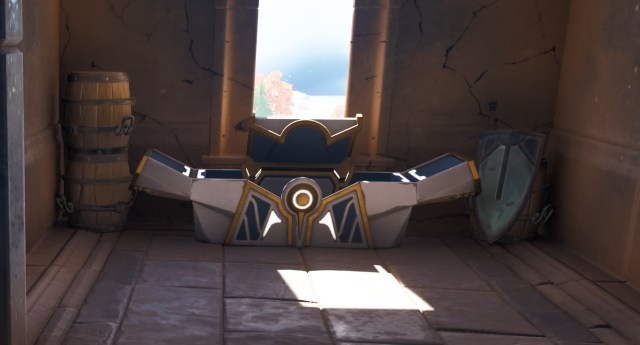 Oathbound Chests are a new chest type for this season, and are giant white boxes that look kind of like Borderlands loot chests.

If you want a high-spawn rate point, try this exact spot in The Citadel: which is in the northwestern point of the chapter 4, season 1 map. Anvil Square (center) is also a decent spawn point for Oathbound Chests, as is Shattered Slabs (southwest). 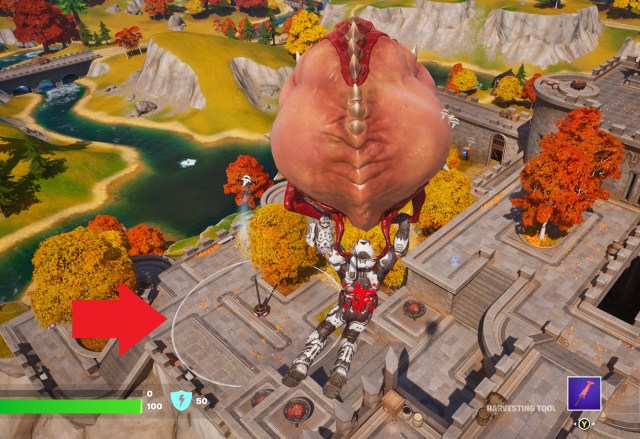 Many locations this season can be “captured” by solo players or teams. If you stand in the circle above and raise the flag to the top, you’ll get a bonus radar-like ping ability: showing you every enemy and chest in the area. If you want, you can step on the flag mechanism as it rises to the top, to get a vantage point.

Use the above image to memorize what Oathbound Chests look like, and identify them through said radar functionality to head straight to them. Also, keep in mind the new hammer weapon can smash through walls easily as you make your way to each chest.