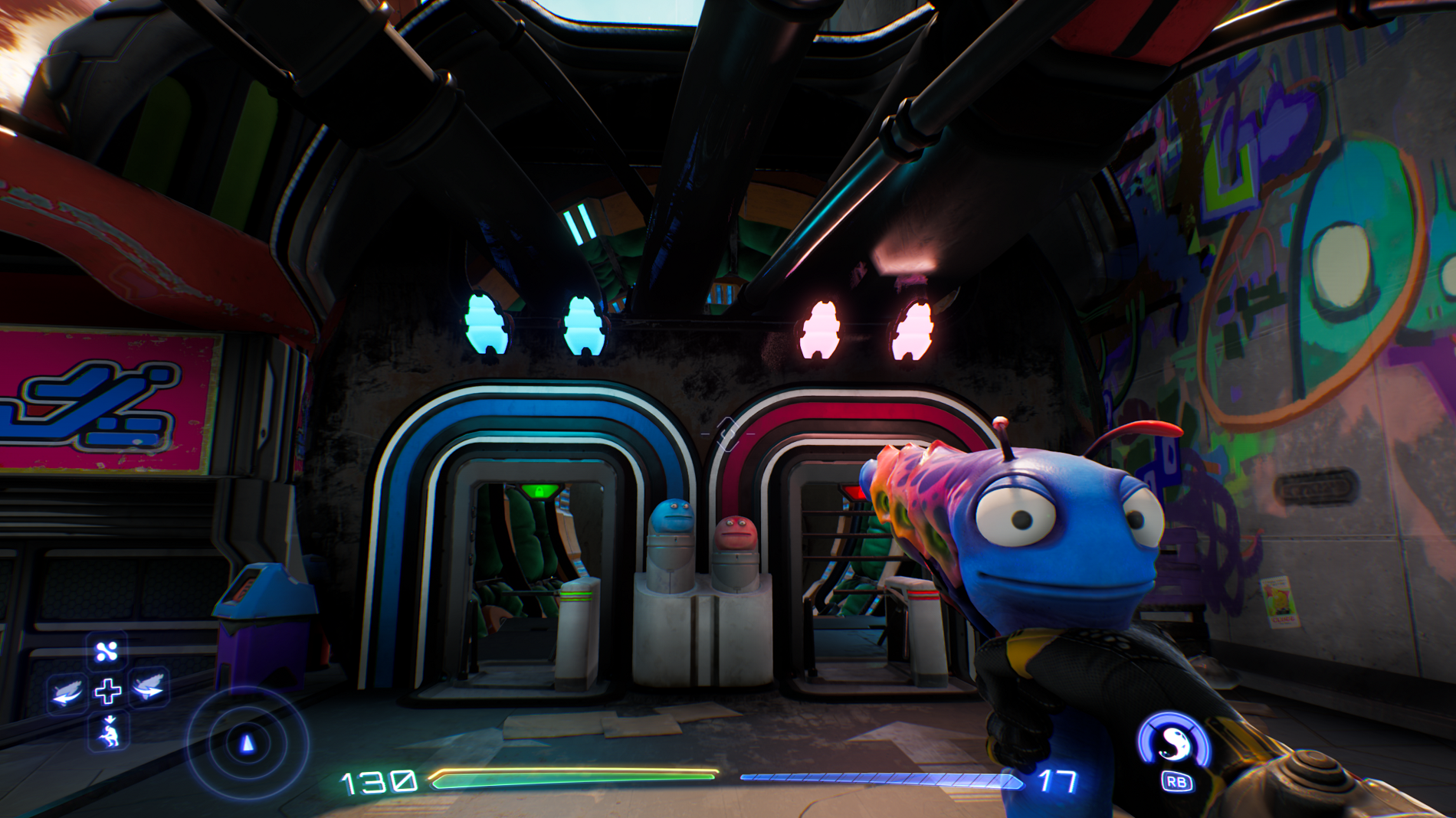 This quest glitched on me, so here’s a tip

Although I’d stop short of calling some High on Life questlines “tricky,” there are a number of glitches in the game that could prevent progress: and leave you wondering if you’re doing something right. That might be why you’re here!

Here’s how to find Dr. Giblets, and nudge the quest along to the point where you can just follow quest markers. Step one: Take the quest from the bounty machine in your home

When prompted, go to the bounty machine and take the bounty for Dr. Giblets.

As soon as you select it, the game will push you toward Blim City, right outside of your door.

Step two: Walk outside to Blim City, and talk to NPCs until you get the information you need

Step two can get a bit complicated depending on how the game is feeling. The gist is that you’ll need to speak to NPCs (mainly ones that are just standing around) until you hear a bit of gossip around the name “Michael Taint.” This will create a follow-up quest asking you to locate more information, which will lead you to Blorto in the main square (location in the gallery above).

This is where the quest glitched for me. The objective showed up as “????” in the HUD, and I talked to every single NPC in Blim City without the quest popping in any way. If that happens, reset your checkpoint from the pause menu and it should clear up the hitch.

Step three: The questline will begin in earnest in the slums

After you get the info from Blorto, you’ll be asked to go to the slums.

Head down the ramp and look left. You’ll want to get to the High on Life shop (which is a physical location) down that path, across the acid/goo, and past the Space Applebees. The questline will take you on a linear path from there to the hideout of Dr. Giblets.