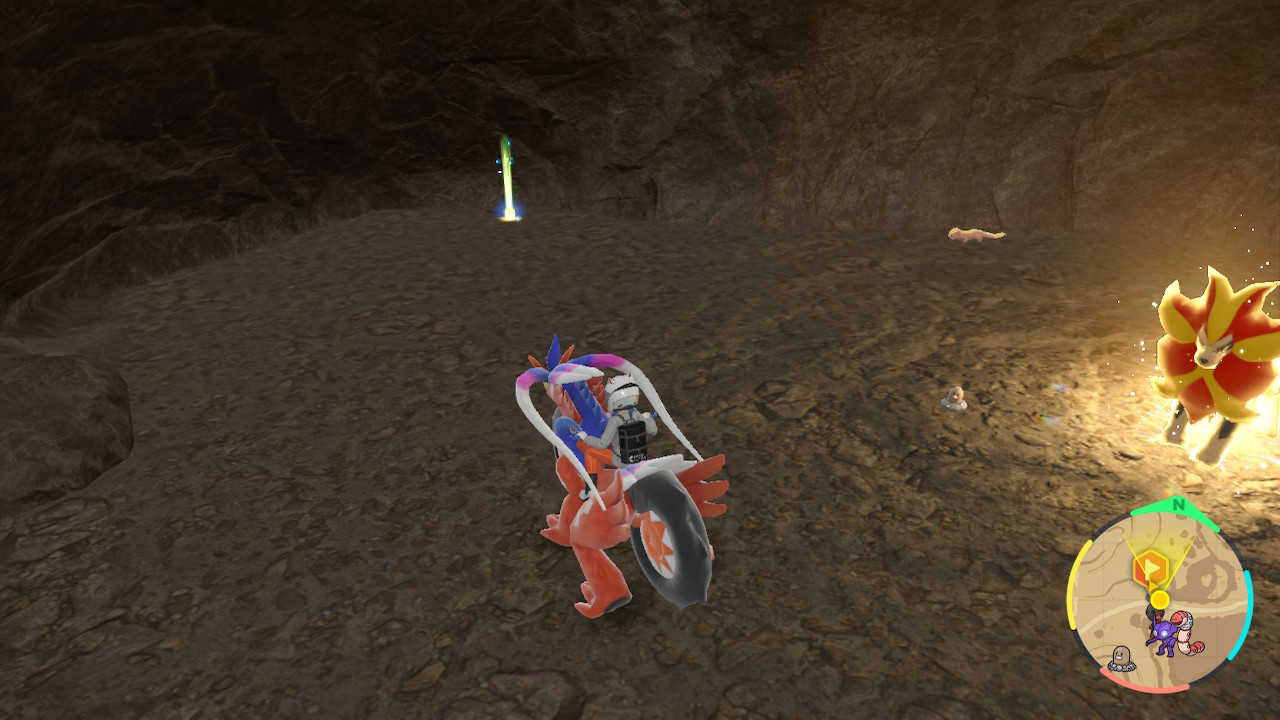 Ah, the always classic hidden in a cave TM

Caves in Pokemon Scarlet & Violet are arguably the breeziest they’ve been in the entire series. Throughout my entire adventure I barely went in any of them, and once I picked up the climbing ability: I was pretty much never going through any caves again unless I needed to. If you want easy access to the Crunch TM early in the game, you might want to delve into a very, very small cave.

You can find Crunch (TM 108) directly above Levincia, in the desert area

Crunch can be picked up in a tiny cave to the northwest of Levincia: the electric town on the east coast of Paldea. All you need to do is head into the cave and veer left, and you’ll find the Crunch TM capsule. Be prepared to juke some Pokemon, because the cave is cramped and packed with encounters.

Since the cave entrance can be tricky to find, even with the location in tow: we provided ample screens to help you navigate it. Note that it’s lower than the main road that leads to the west from Levincia, so you won’t need to jump up on any mountains to get to it. How to craft Crunch (TM108), and the ingredients required