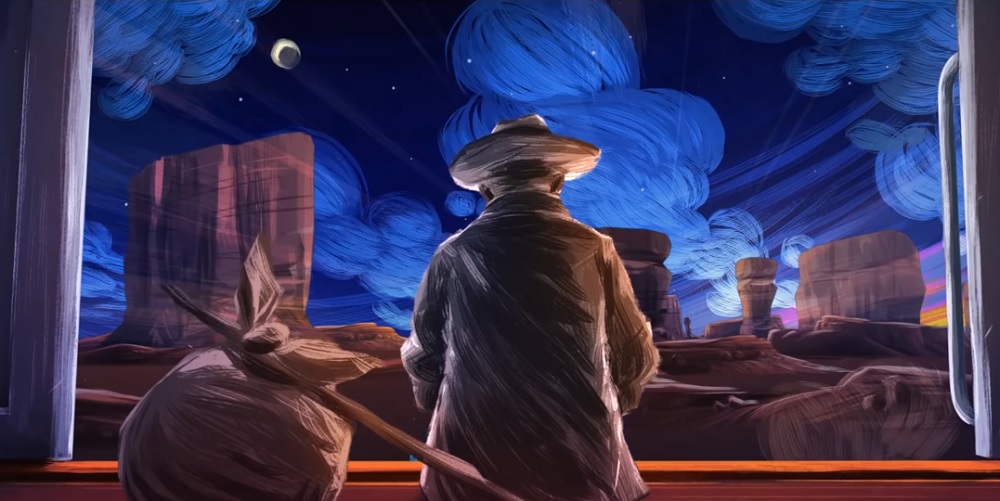 My story of jilted love is long and bittersweet…

Independent studios Dim Bulb and Serenity Forge have announced that tall tale adventure Where the Water Tastes Like Wine will be coming to consoles later this month, following on from its quiet release on PC in early 2018.

Where the Water… is a unique period piece which has the player step into the well-worn shoes of a weary traveler, who is wandering the exhausting plains of Depression-era America. Along the way, the player will meet a wide variety of diverse strangers, all carrying the weight of their own experiences, each with their own stories to tell about the hand that life has dealt them.

Using these very stories, players can curry the attention and favour of other characters, trading learned experiences to discover the deeper meanings behind each character’s past. While treading the towns, deserts and woodlands of America, the player must also manage hunger and fatigue, while keeping an eye out for better and faster methods of transportation.

As you may have gathered already, Where the Water Tastes Like Wine is not your average adventure game, setting the mood with stylistic hand-drawn artwork, a folksy soundtrack and a very deliberate pace. Nominated for multiple awards and featuring a great cast including Dave Fennoy (The Walking Dead, Afterparty), Kimberly Brooks (Mass Effect, Bioshock Infinite) and even rock star Sting, Where the Water… was praised on release for its inventive ideas, strong voiceover work and stylistic visuals.

Where the Water Tastes Like Wine launches November 29 on PS4, Xbox One and Nintendo Switch.