A word from our sponsor

[This week Destructoid is sponsored by ArcheAge. Here’s a takeaway from former CraveOnline and PlayStation Lifestyle editor Joseph Meli]

The MMORPG genre stands far apart from other game types in many ways, but perhaps the biggest difference is in the longevity expected by its most ardent fans. While you can pick up the average shooter, adventure game or single-player RPG with the expectation that the majority of meaningful content is packed into the original release (yes, even with publishers’ modern obsessions with DLC and season passes), MMOs are expected to grow and expand for years after they debut. But now that these promises of expansion are a dime a dozen, one might be forgiven for thinking the genre has stagnated a bit. A common criticism is that most games are simply content to imitate the most profitable example — Blizzard’s ludicrously popular World of Warcraft — while swapping in their own world and lore.

Players who are especially bothered by the tired conventions of the genre might want to take heed that ArcheAge, developed by Korean studio XL Games, is taking a bit of a different path. First launched in North America in 2014, the game was developed by Jake Song — a developer best known for other MMO projects such as Lineage and Nexus: The Kingdom of the Winds. Rather than being content to merely expand upon their original project, however, Song and the team at XL have taken their own “sandbox” designation for the title to heart. Looking at the numerous changes and improvements made in the two years since its release — including the upcoming, massive 3.0 update that Western publisher Trion Worlds essentially considers a “relaunch” — it’s easy to see that the developers don’t view ArcheAge as a static product onto which expansions can be attached, but as a constantly growing, changing and evolving world. 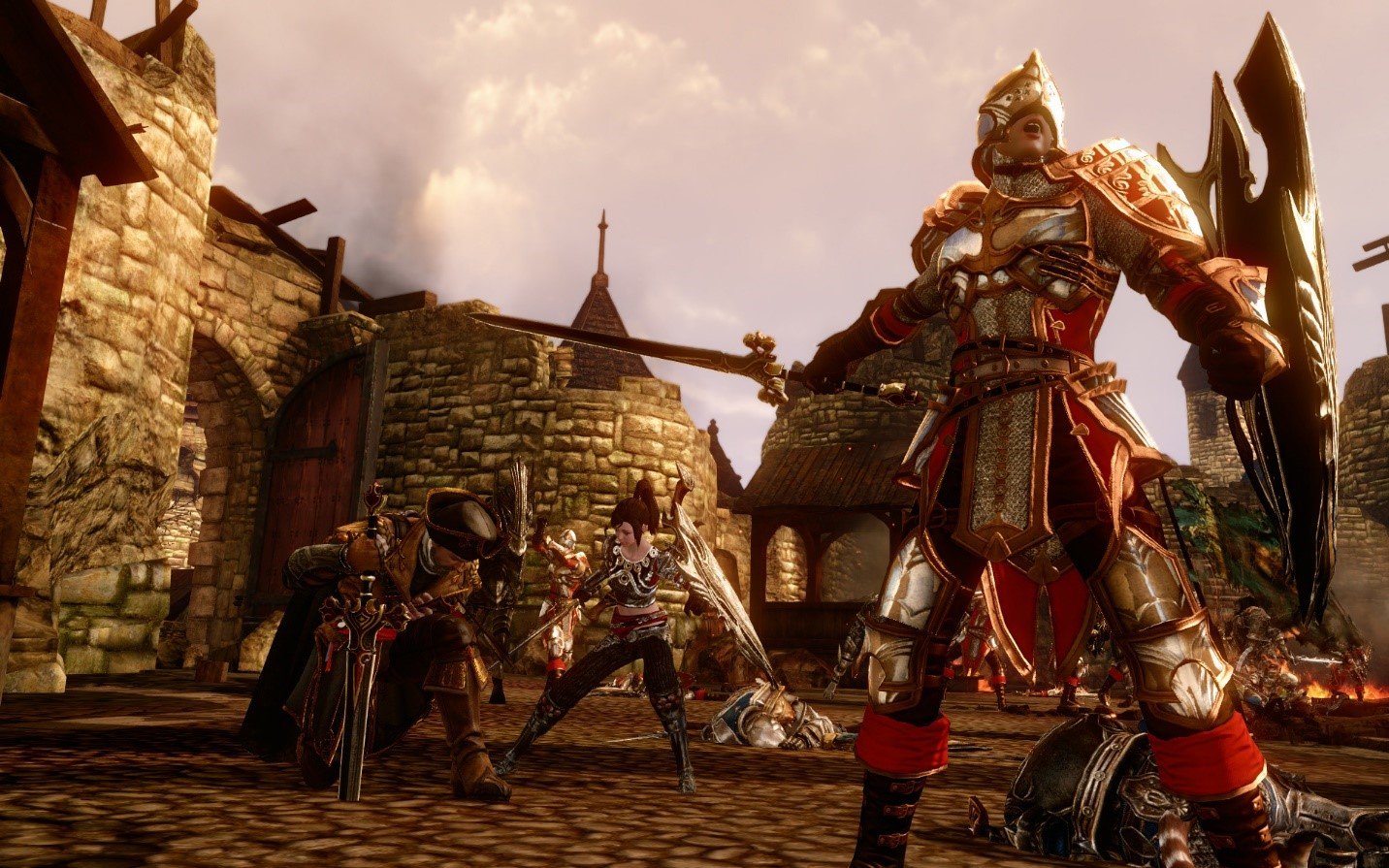 A World Shaped (and Owned!) by Players

One of the ways the developers have ensured ArcheAge can continue to change and evolve is by placing much of the responsibility for those changes in the hands of the players. Whereas the folks exploring in many MMOs can feel like passive participants in a world that would be just fine without them, the universe ArcheAge wants players to feel as though they’ve got some power over the space and direction of things in Erenor. It’s such a critical part of the design, in fact, that Song revealed the motto of the game as “A world made by you!” in an interview with MMORPG.com.

As part of that, XL have seen fit to differentiate the way their “land ownership” system works. Rather than creating an instanced version of any given player’s property that only they and their guests can see, property in Erenor actually appears on the full map itself — meaning everyone can stop to admire a particularly impressive structure. And while a player might spend hours putting together a unique house using a number of different customization options, property ownership and design doesn’t stop there. With farms and castles at their disposal, they can grow plants, raise animals, and create massive castles for their guild to use. Plus, if they own land in the game, they can even choose who’s allowed to construct property in their space and collect taxes on anything they build. 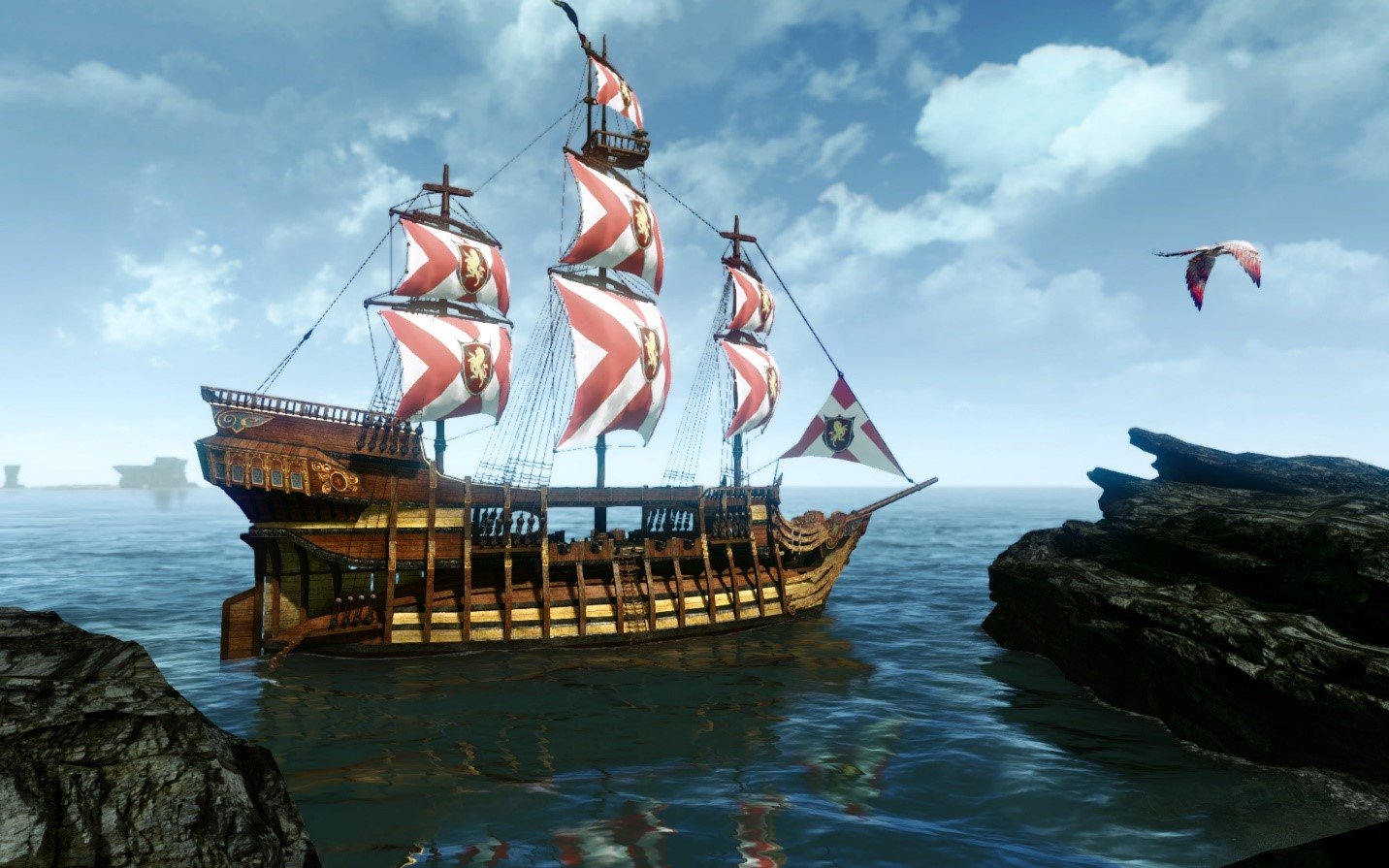 Of course, evolving the world of the game itself is a wonderful idea, but the developers of ArcheAge attempt to take things a step further by making moves to evolve the MMORPG genre itself. As part of that, they’ve created a new structure that de-emphasizes the familiar, tedious routine of “grind, raid, rinse and repeat” and instead makes players the architects of their own destinies. In fact, XL aims to allow players to avoid combat entirely if they so choose; while so many MMOs (and RPGs in general) value level and gear above all else, players can conquer other factions through social, political and economic routes if they don’t feel like using physical power to take out their opponents.

Part of that includes the aforementioned land ownership, which can yield a boon of riches if a player is enterprising enough. It also includes the game’s massive crafting and labor system, which is responsible for filling Erenor with everything from tasty meals (Cooking, Farming, Fishing and Husbandry) to spellbooks and swords (Printing and Weaponry) to clothing and armor (Leatherwork, Metalwork and Tailoring). In addition to creating these items, though, players can craft “trade packs” and try to bring them along routes to make a hefty profit. Of course, they’ve got to get away from other players who play the roles of pirates and bandits, who will try to knock them out and steal the goods for themselves. Since game progression comes from this sort of natural player-versus-player (PvP) action rather than the established player-versus-environment (PvE) formula, the opportunity is there for people to create their own story instead of acting as a pawn in one already set by the developers. 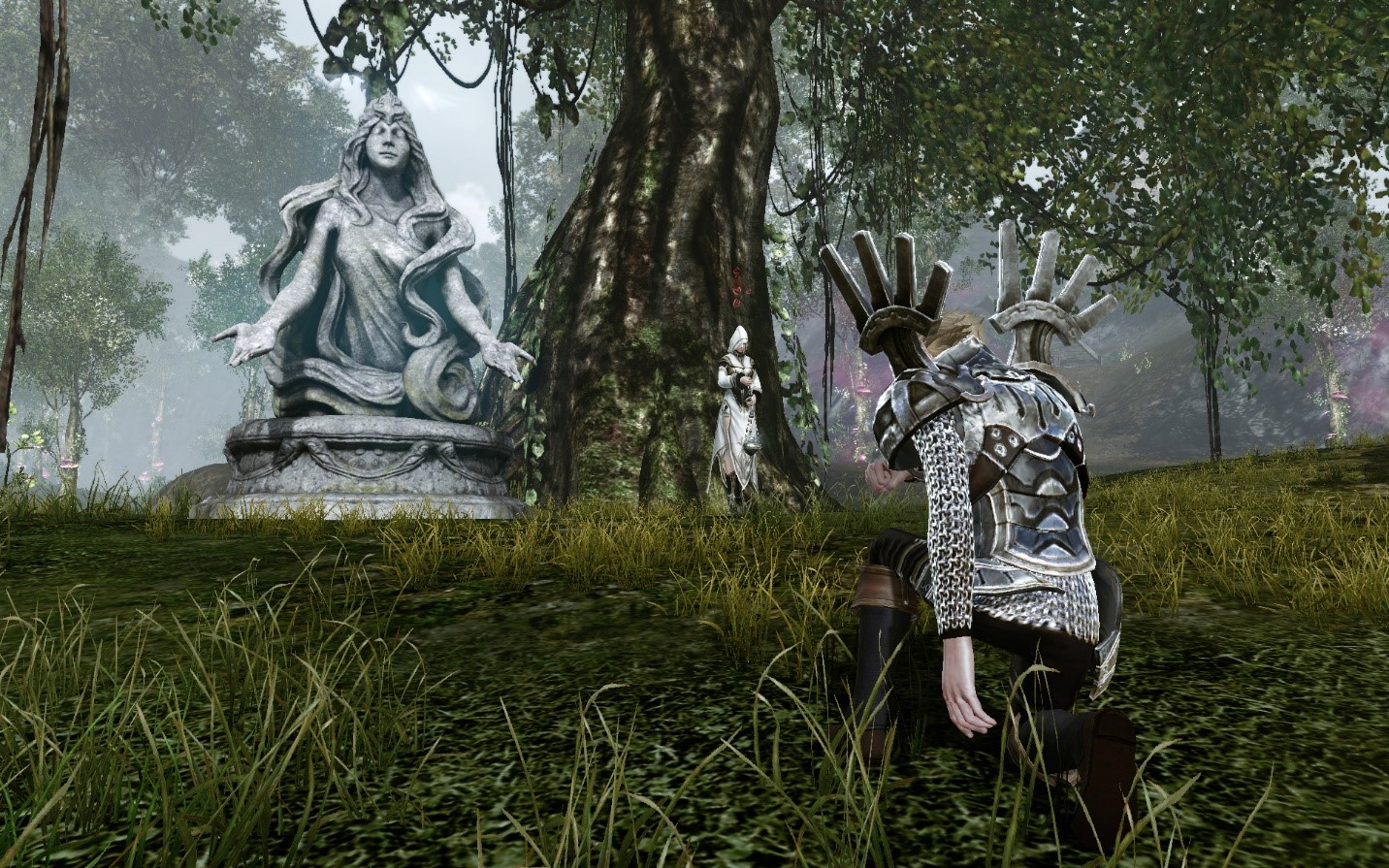 The crux of any MMO worth its salt is multiplayer interaction that’s worth participating in, and since ArcheAge strives to broaden the horizons of PvP beyond simple combat engagements, you might correctly guess that there are plenty of options for people to both band together and go after each other. As far as the former goes, there are three options: families, guilds and factions. These essentially go from extremely intimate to enormous — families are made up of 2 to 8 players that have their own private chat channel and the ability to share property rights; guilds are the more traditional groups of players that can do activities together, including building one of the aforementioned castles; and factions are mandatory groups consisting of the East and West that players are assigned to (though they can become part of the “Pirates” faction if they choose to, as well).

Once players are grouped up, it’s really up to them how they want to stake their claim in the world. From combat to crafting, working together — and of course, sometimes against — other people is the core of the experience. As stated before, each player’s individual story is really up to them and who they surround themselves with; as a sandbox MMO, ArcheAge strives to hold the player’s hand as little as possible. Interestingly enough, this includes dispensing punishments for those players who choose to be antisocial (or just rebellious). With the game’s “Justice System,” players can engage in certain “bad” behaviors to Crime and Infamy Points, report crimes that they’ve seen other players commit, and even get called up for “Jury Duty” to participate in trials for criminals who have been caught (hint: many jurors are not that inclined to vote “innocent,” so consider keeping your record clean). Of course, choosing to be dedicated to a life of crime is a valid route as well — the entire Pirate faction is made up of players who have pursued this path! 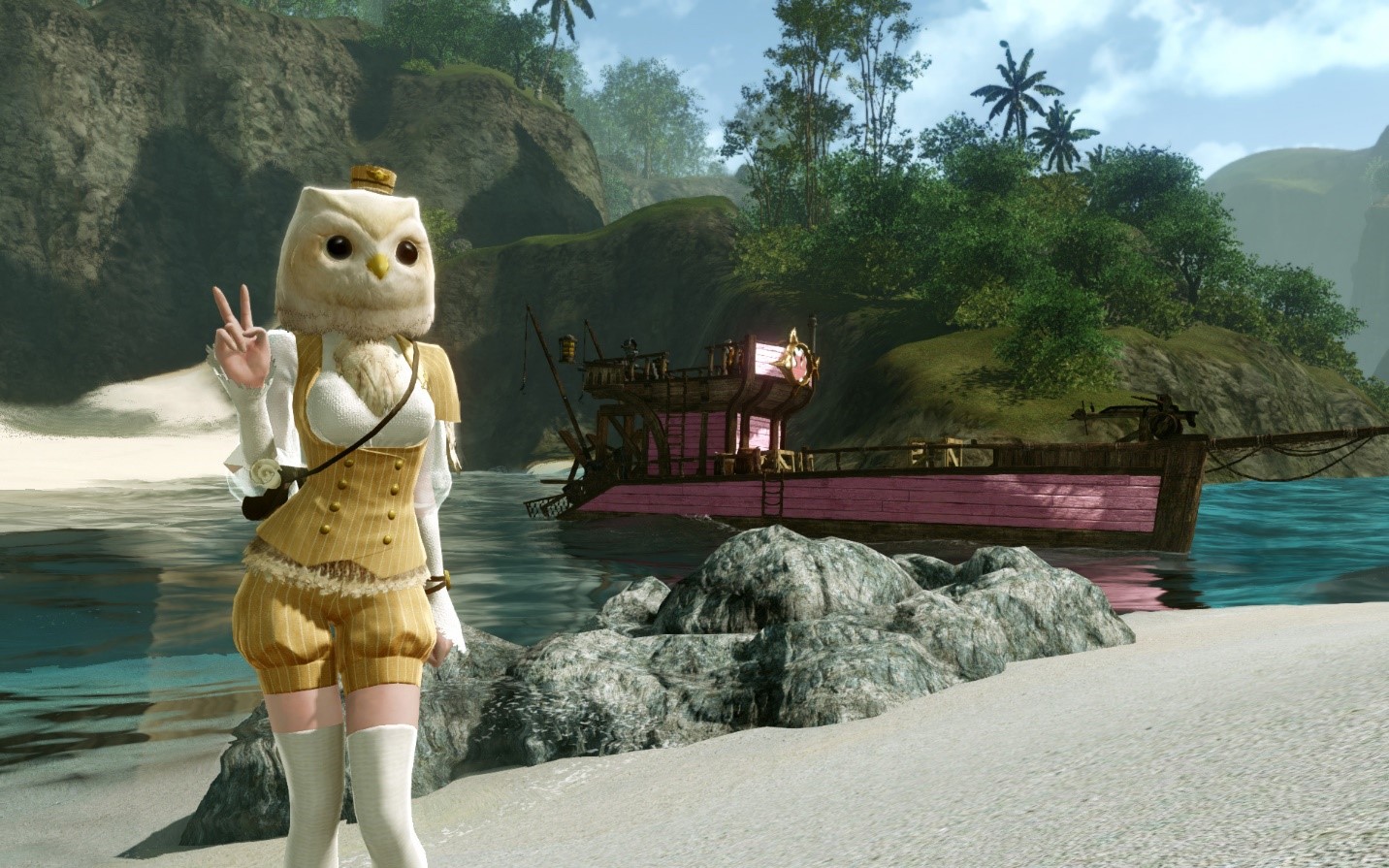 Where Do We Go From Here?

ArcheAge launched two years ago, and from the looks of it, XL Games is just getting started on their quest to create a truly player-driven experience. With the upcoming 3.0 expansion adding new races, skills, bosses, buildings, housing areas, an updated family system and a completely overhauled character customization interface, it looks like the world of Erenor will continue to offer players new and exciting ways to have fun as time goes on. If you’d like to see what’s on offer for yourself, head on over to the game’s official website today — you can get started free of charge.