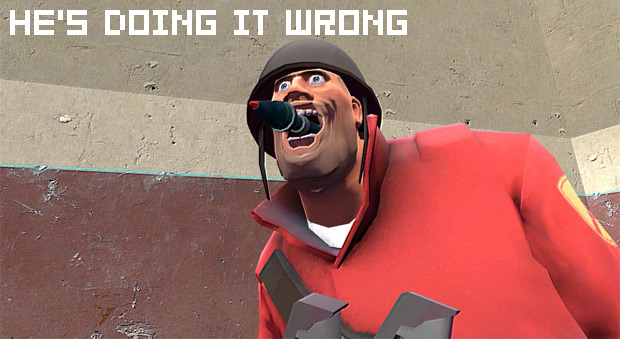 So, where does the future of Team Fortress 2 lie? In a land down under, where women glow and men plunder. But wait, there’s more. As avid players will now, the last TF2 patch added a 50-slot backpack for keeping items, and an all-new slot for headgear.

Shacknews recently got in touch with Valve’s Robin Walker to discuss what these additions mean for the ever-changing game. First and foremost, the head-slot items are planned to come out before the Sniper pack, but might come bundled with the class update if time works against Valve.

Walker says that at least initially, the items will be cosmetic only, rather than impacting actual gameplay and potentially breaking the game’s balance. “The primary change,” she says, “is simply the decoupling of achievements and unlockables, which is the source of most of the negative feedback we’ve received around previous class packs.”

I appreciate the fact that Valve is implementing one new gameplay aspect at a time, and is going to be going in the direction fans want in terms of where they take the forthcoming items.