What happened to you Birdman?

This is a question I’ve had stuck in my mind recently, but can’t quite put my finger on the exact reasons behind it, as there are a number of them that I’ll go over. As someone who considers themselves an extreme digital influencer, growing up on skater culture and skateboard video games, I never imagined that they would suddenly become as scarce as they are.

Having access to the latest skateboard or extreme sport-based game on the latest hardware was something that was always the norm to me. It wasn’t until this console generation that I began to notice their absence and question where they went or what exactly had happened.

Sure, when it comes to skateboard games we’ve had the dumpster fire that was Tony Hawk Pro Skater 5 and smaller titles such as OlliOlli and OlliOlli2: Welcome to Olliwood. But compared to previous hardware generations, the lack of skateboard and extreme sports games in general is evident.

So today I’m going to attempt to answer that question, in what I believe is a number of problems that began occurring over time, but inevitably killed off skateboard video games within the mainstream. Knowing and looking back at the history behind the sub-genre itself can provide great context and the answers we seek, as this didn’t exactly happen overnight.

720° is what many believe to be the very first skateboarding video game. Created by Atari and released exclusively to arcades in 1986, the game is named after the trick itself: a 720–degree rotation on the board (two complete circles). Which, at the time, was the most rotations anyone had achieved.

Until a certain “Birdman” came along and added an additional half-rotation to the mix.

Interestingly enough, 720° has plenty of mechanics that would later define the sub-genre. Everything from building a score from performing tricks, looking for hidden items in the environment, the timer, and plenty of other similarities. 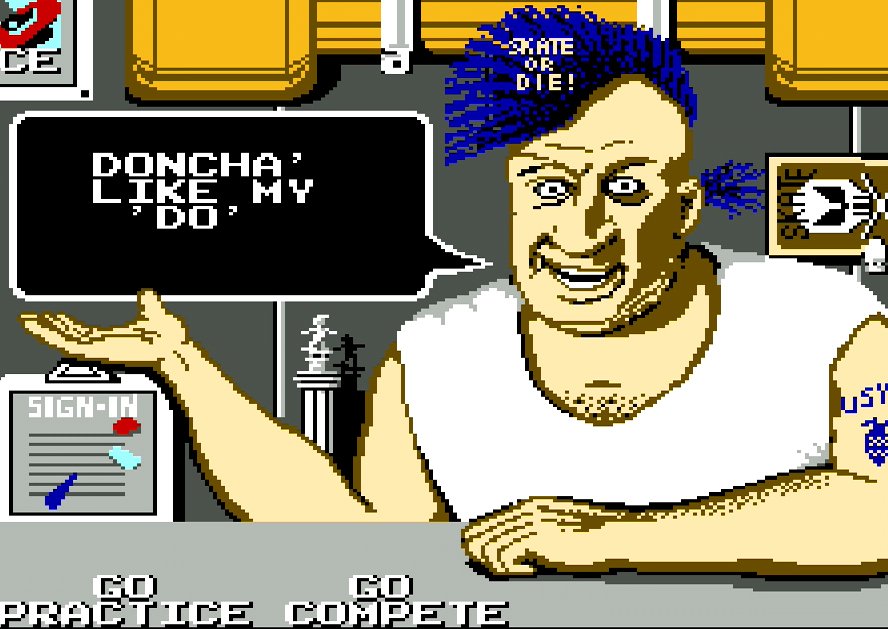 Both Skate or Die! and California Games each featured a half-pipe you could perform a few tricks on to rack up a score. But other than this, they didn’t share many similarities with each other or even what the genre would become. Skate or Die! mostly revolved around going through obstacle courses and racing, as opposed to doing tricks and building a high score.

Fast forward over a decade later, and a company by the name of Neversoft would end up being bought by Activision and tasked with developing a skateboard video game prototype alongside another game known as Apocalypse.

Neversoft’s original idea was a downhill racing game with skateboards, with the goal of each level to reach the bottom first. 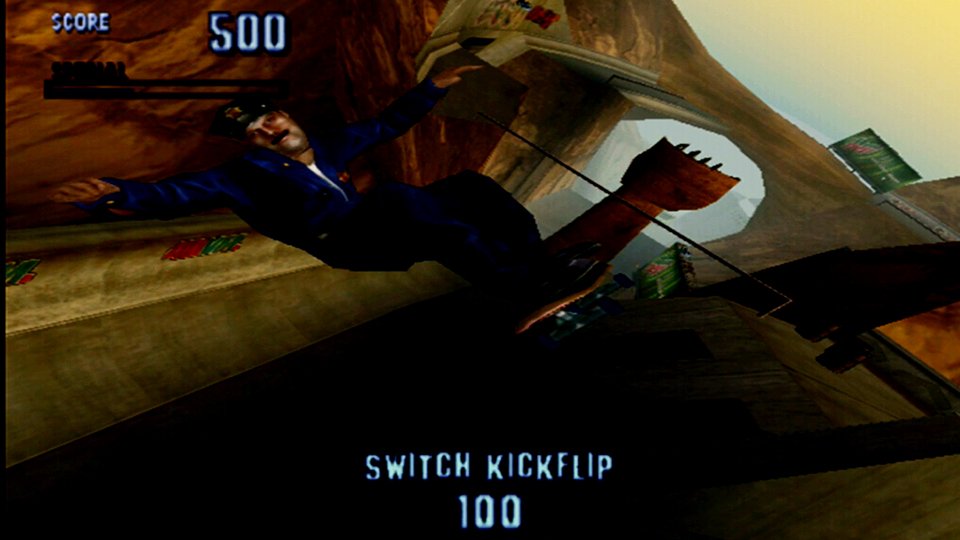 The stage “Downhill Jam” found within THPS is a good showcase of the original concept.

They ended up creating skate parks at the bottom of the courses, so the winner of the race would have something to do if their friend was still busy racing. However when beta testing the prototype, they found people would reach the bottom of the course in under 30 seconds and would then spend the next 30 minutes attempting to do various tricks in the skate park instead of moving on to the next race.

After witnessing this, Neversoft would end up redesigning the whole concept of the game based on what they had found, re-focusing the goal around the score and trick system and exploring the levels to complete objectives.

After showcasing the prototype to Activision, they were impressed, but also wanted to bring in Tony Hawk as the cover star in order to potentially market the game better. In an attempt to convince him, Neversoft showcased a demo.

Tony was impressed by the game and signed on, also wanting to help with development. So each time a new build of the game was completed, Neversoft would send him a copy to review. Tony himself would them play each build and would send them various notes and suggestions. 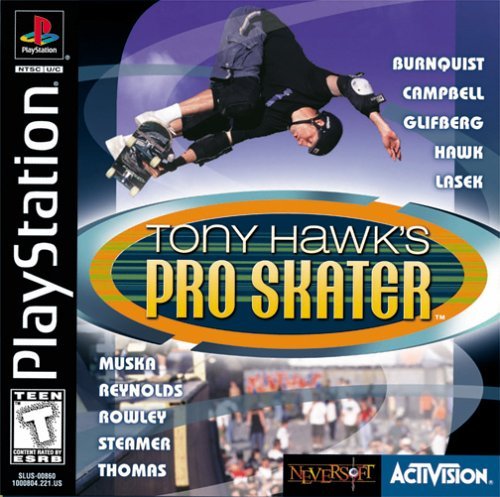 If you want a complete retrospective on the Tony Hawk series up until 2012, I recommend giving Chris Carter’s 100% Series Retrospective a read.

The year after that, THPS 3 would release on Sony’s new system at the time, the PlayStation 2, once again pulling in immense critical and financial success for Activision. Thus beginning the annualized release schedule of the Tony Hawk series.

After the massive critical and financial success the series was receiving at the time, plenty of other publishers began to take notice — including Activision themselves. Activision would then create a secondary publishing house known as “Activision O2,” specifically geared towards publishing extreme sports titles. This is what I believe to be the first set of nails in the coffin of skateboard video games. 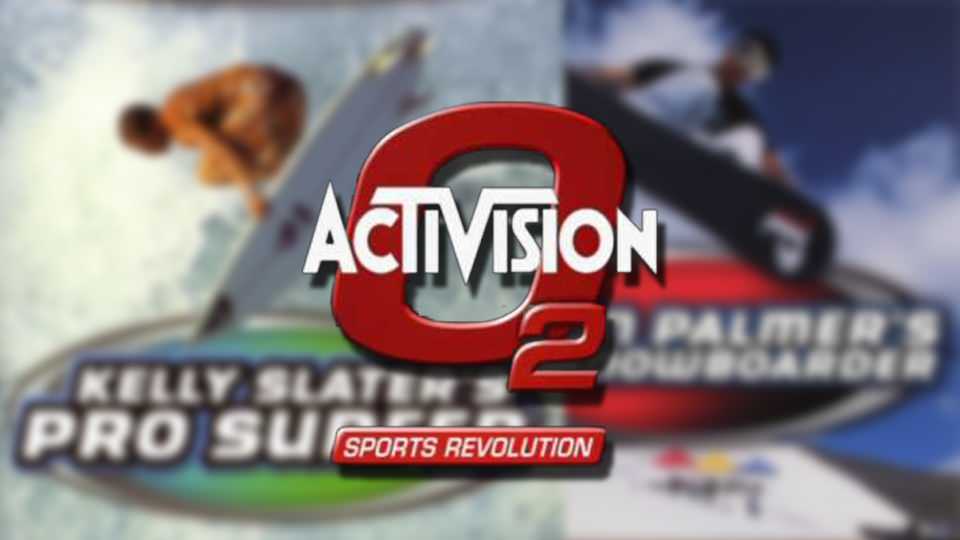 Activision O2 would go on to release a number of various spin-off games in an attempt to create a “Pro” branding, such as Mat Hoffman’s Pro BMX, Kelly Slater’s Pro Surfer, and Shaun Palmer’s Pro Snowboarding. However none of these games would capture the same financial success the Tony Hawk games were having. By 2003 Activison would discontinue the “O2” publishing and attempts at the “Pro” branding, focusing purely on the Tony Hawk games.

You could make the argument that today’s examples of sports games with or without annual releases are also knocked off or copied by various publishers and developers. Some are even done extremely well. Take for example the Mario Tennis series; I wouldn’t even dare touch any other form of tennis game — they’re that good.

But when it came to skateboarding games, there just seemed to be a lack of quality control within the sub-genre. Nobody could quite seem to copy the gameplay formula of the Tony Hawk series correctly, resulting in a massive list of horrible skateboard games all poorly attempting to rip off Neversoft.

You know something is gonna be bad when it has four different sales stickers from four different places. MTV Sports: Skateboarding Featuring Andy Macdonald could be summarized as a Tony Hawk’s Pro Skater clone, but played like you were skating on ice; it was awful.

However the Tony Hawk series itself started suffering from product fatigue by the mid-2000s. By 2007, most of Neversoft were working on Guitar Hero and the Call of Duty games. (The company went defunct and completely merged with Infinity Ward by 2014.) 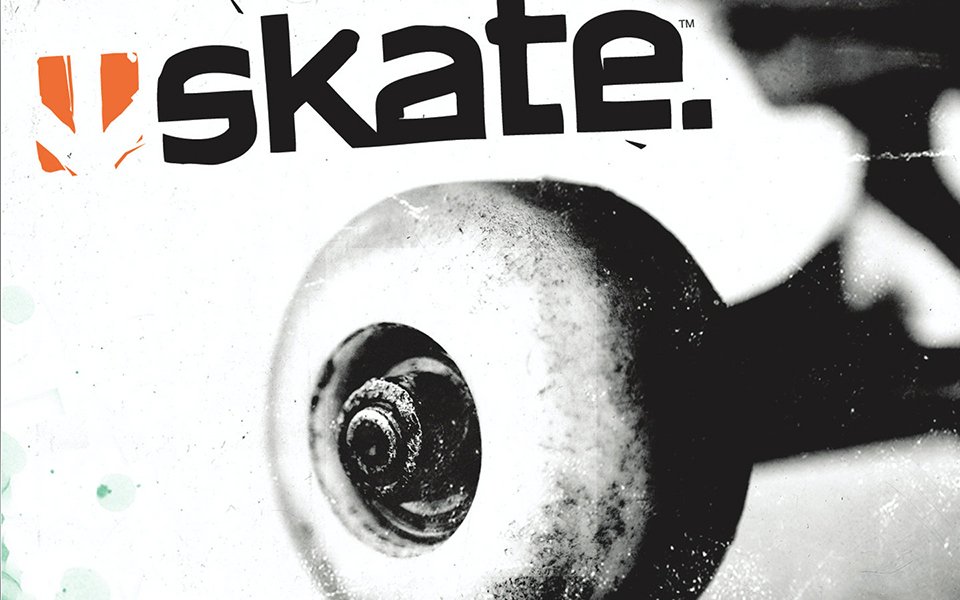 Around this time Skate would make its debut in September of 2007. Critics and fans alike praised the game for feeling like a breath of fresh air with its innovative “flick it” system for performing tricks.

After the success of EA’s Skate series and with Neversoft being too busy with other projects, the series was then handed over to developer Robomodo — who in my opinion became the next set of nails. In what I assume was both a mix of bad decisions from Robomodo attempting to be innovative to compete with EA’s Skate and Activision trying to sell more peripherals…we ended up with Tony Hawk: Ride and Tony Hawk: Shred. 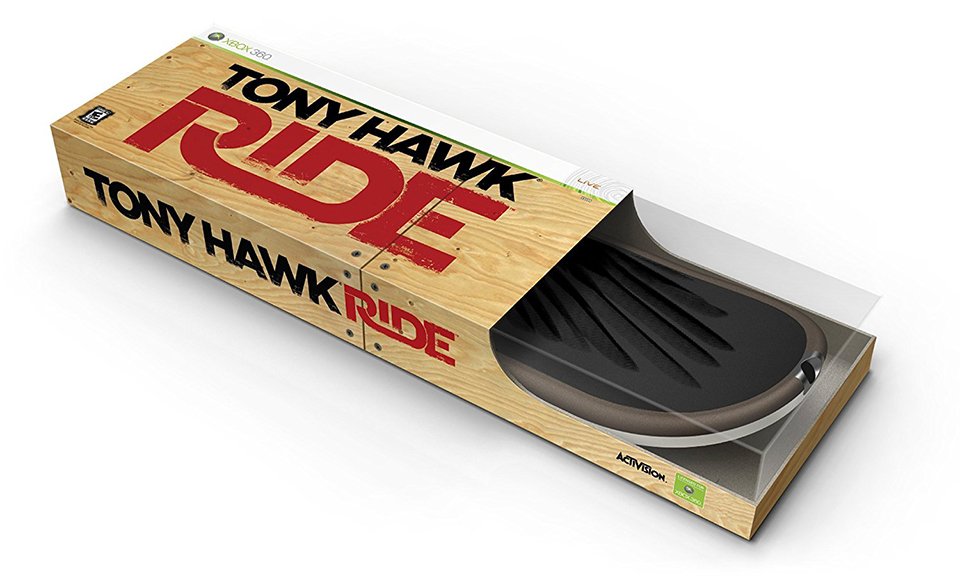 These games are widely regarded to be the worst in the franchise, almost borderline unplayable. Worse yet, both of these games were bundled with an overly expensive skateboard controller (the initial price for both titles was $120 at launch). This led to the worst sales in the series to this point.

Tony Hawk: Shred for example only sold 3,000 copies in the United States within its first week. For the first time in the series’ history, Activision pumped the brakes and many speculated a possible cancellation. Skate as a series wasn’t faring so well either. Despite Skate 3‘s critical success, financially, it wasn’t doing so hot. The series has been on ice for over seven years now and the original developers (Black Box) have been defunct since 2013.

Skater culture and skateboarding in general has also been on the decline since the early 2000s, which on top of poor sales and the disaster of Ride and Shred could be the reason we had a hiatus for a few years.

Activision would attempt to give the franchise a second chance at life in 2012 (and by this point, skateboard games in general) with Tony Hawk Pro Skater HD. The game was met with mixed reception and most hardcore fans weren’t too happy with the physics and gameplay tweaks. But it still sold well enough for Activision to then consider Tony Hawk Pro Skater 5.

But as we all know, Tony Hawk Pro Skater 5 was the equivalent of skateboard video games jumping in front of a bus.

Postmortem…or are there still signs of life?

There could still be some hope, however. With Activision done with Tony Hawk and the Birdman seemingly done with them, Tony Hawk himself has been on the hunt for a new game developer and there’s an upcoming documentary titled “Pretending I’m a Superman” looking to document this, set for a late 2018 release.

Skate could also still have another chance at life. Back in 2014, Skate 3 was reprinted thanks to online personalities such as PewDiePie bringing in massive views with his Skate 3 let’s play series at the time. More recently, Skate 3 was also brought to Xbox One’s backward compatibility.

With the Tony Hawk games out of the picture for the foreseeable future, now could be the perfect time for EA to attempt to bring Skate once more to the masses. With fan-demand still in full effect, I’m sure they’re debating the same thing.

On the indie side of things, recent games such as Griptape Backbone have popped up, which I can only describe as a first-person skateboard game mixed with vapor-wave aesthetics. There’s also a title known as Project:Session still in the works from indie developer crea-ture Studios, but there’s been little information on its progress.

While you’re waiting for a hypothetical Skate 4 to release and cure that skateboarding video game itch, a dedicated team of fans and modders are keeping the classic THPS games alive and preserved through a brilliant mod for Tony Hawk’s Underground 2 on PC known as THUG Pro. It also includes levels from every installment up until THUG 2 and tons of new features, like online multiplayer.

But what are your favorite skateboard gaming memories? Let me know and let’s keep praying for Skate 4 to be a reality one day.