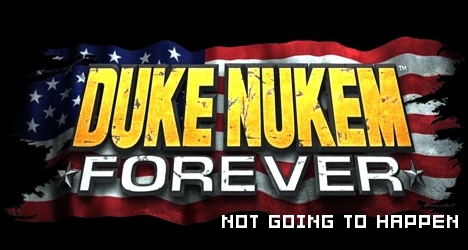 There was a point in my life where I was willing to be satisfied with the “when it’s done” line in reference to the completion of Duke Nukem Forever. Duke Nukem has always meant something special to me. The original Playstation incarnation, Time to Kill, was the beginning of my personal exploration into the shooter genre. The title’s irreverent social commentary and gore piqued my interest enough to continue to pursue other games like it.

I was willing to excuse the decades of delays by developer 3D Realms because of the special little gap in my heart filled by Time to Kill. Yet, the latest debacle in a series of debacles, idiocy, and delays has destroyed the patience that I once possessed. It is time for me to finally admit that 3D Realms is completely, irreversibly out of touch and incapable of putting Duke Nukem Forever out into consumers’ hands in any reasonable or decent capacity.

Duke Nukem has reared his flat-topped, ugly mug several times in the news of late. Considering Duke Nukem Forever’s decade-long development cycle, this is quite a feat. The first tidbit came in the form of a few seconds of footage on the Jace Hall Show debut. The footage was exciting, considering no one outside of 3D Realms has seen Forever in any playable context since 2001. The short clip displayed a dated FPS with little flair outside of hallways, uninspired guns, and large aliens.

The second story came after 3D Realms posted yet another job offering. It was a call for level designers with the “talent and passion” that the developers of Forever have obviously lacked. Accompanying the ad was a tiny picture of the title, which has apparently become standard when trying to lure developers into the black hole of developing that 3D Realms must be. The ad cited the need for speed, with this very professional line stating “Must go faster. Scotty, we need more powah!” 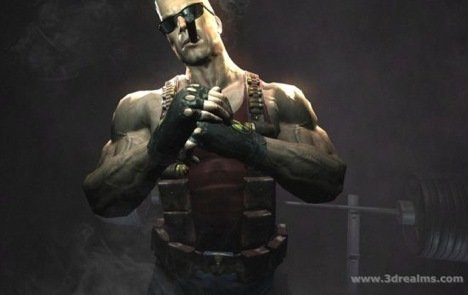 It was the story from two days ago that was backbreaker for my patience.  A rumor was drifting around that Forever would yet again not make it to E3. While not a surprise, it was allowed to float for a day until 3D Realms owner Scott Miller confirmed it with this quote.

It’s just that we view E3 as irrelevant nowadays. In fact, I wasn’t even aware it was coming up.

That statement is complete and utter bullshit, and every prospective Forever consumer and industry journalist knows it. Unaware of the largest computer and video game trade show on the planet was around the corner? That statement is especially ridiculous considering how 3D Realms danced Prey around on the E3 floors before its release, and even showed off Forever back in 2001. Although, that was when 3D Realms actually had something worth showing off, when they possessed developers that had talent instead of excuses. Even if Miller was not lying and just fishing for more excuses, is this not a sign of just how out of touch everyone at 3D Realms is? Forgetting about E3 (or not setting up your own trade show in lieu of) is like walking past the biggest, brightest, and tastiest fucking Krispy Kreme store everyday and not thinking about a donut. 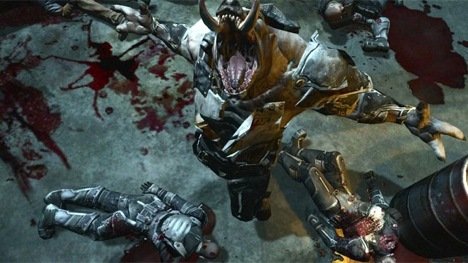 The one crucial thing that 3D Realms is “unaware” of is how they have strung along the entire process making Forever. The news is practically cyclical. First, post a video to excite the few fans that are still willing to be patient. Then, release a job ad with a tiny picture.  Also, regularly refuse to comment on the progress, innovation, or the reason as to why Forever has been delayed for so long. At least this time, they added the new twist of calling E3, a trade show that could be a potential launching pad for any game, irrelevant.

In actuality, it is 3D Realms and Duke Nukem Forever that is irrelevant. The game was officially announced in 1997 and was slated for a 1998 release, the same year that Unreal, Thief: The Dark Project, and Baldur’s Gate were released. Since 1998, Forever has gone through at least two engine changes, lost staffers, and become the laughing stock of the videogames industry. All the while, the above games all had successful sequels and won awards. But of course, the development process of Forever “is swimming along nicely.” It has just simply been too long of a wait. 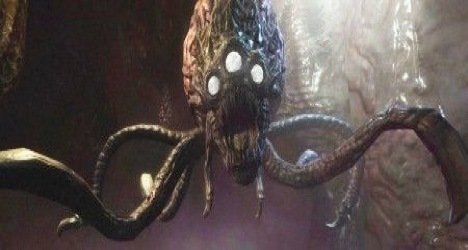 Forever’s future is not a scenario that we should even have to consider. After more than a decade, you would figure that 3D Realms would have actually addressed the delays and changes made to the title in full. Let’s suppose that the developer actually has staff meetings that address the progress a game is making. What can they even say to each other at this point? I would be willing to bet that all the staff walk into a room and just stare at the wall. Perhaps they have an internal “weekly excuses” meeting that goes over the plethora of reasons why no one bothered to touch Forever. The reasons would probably include World of Warcraft, indigestion, grandparent dying, or dog ate my keyboard.

I think we all reach this point with a game that we were excited about when initially announced. Perhaps some of you tired of Denis Dyack’s Too Human delays, or id Software’s mum stance on details of the next Wolfenstein. For me, it is not so much about time. As long as the game is great, I will consume. The real problem here is that the same things Scott Miller said about E3 can be directly turn around on 3D Realms as a company. The lies and fiasco that is Duke Nukem Forever is dead to me.