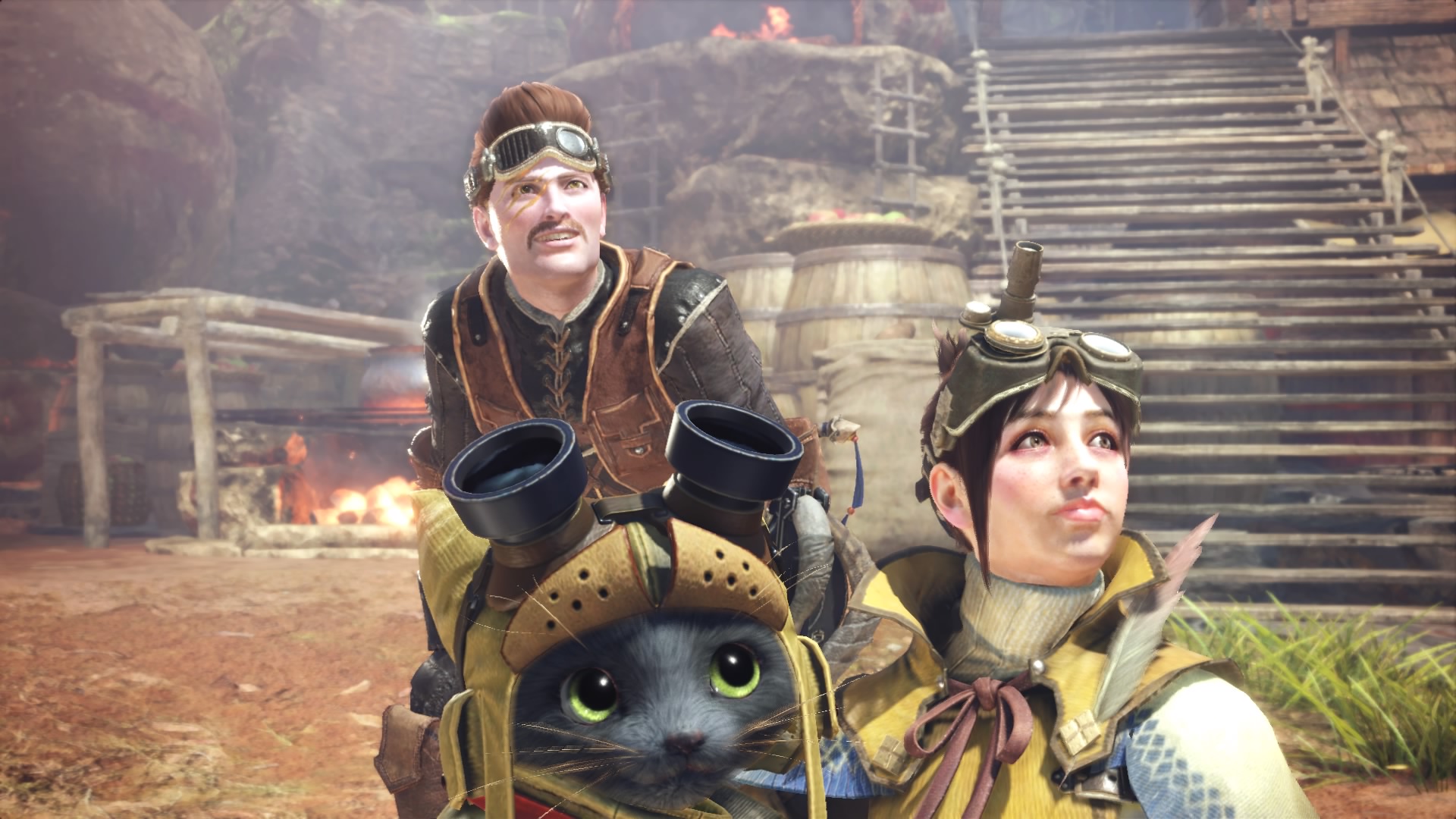 Looks like we all spent the weekend hunting monsters. I know I sure did. This is my first Monster Hunter game, and I gotta say it’s taken a little getting used to. There is a lot to learn, discover, and keep track of, and even with over a dozen hours on the clock I still feel like I’m barely scratching the surface of things. There are so many choices and options available it’s a little overwhelming, in a good way.

There was one choice I didn’t have any problems with though — my starting weapon. I knew as soon as I saw it that I was going to pick up the switch axe.

If you haven’t seen it, the switch axe is one of the dumbest/best weapon designs ever created. It’s a gigantic chunk of metal that you carry around all folded up on your back where it looks somewhere in between a car door and a half built Gundam model kit. When you draw it, the whole thing folds out into a cartoonishly large axe that yet again transforms, Decepticon style, into an equally gigantic sword. Swing around the sword enough times, and it lights itself on fire. Perform the right special attack, and it blows itself up. It’s perfect. It combines the pleasures of cleaving and hacking like a barbarian with the intensity and style of being an anime protagonist.

That’s the kind of stupidity I personally look for in a playstyle, so I knew right out of the gate the switch axe was the monster chopper for me. But what about the rest of you? Were you drawn to a particular weapon from the start? Did you experiment with a few different options to see what felt right? If this is your first time with a Monster Hunter game, where the hell did you begin? Or are you an old hand at the hunt and went in knowing exactly what you wanted?

Share your early game experiences with us in the comments! Especially if you’re a hunting horn player. That thing looks ridiculous and I want to meet the first time player who said “yeah, give me the giant rock bag pipes, that will do.”