And is it better than moon gravity?

Cheat codes are a lost art in the modern era of gaming. Along with unlockable costumes and other cosmetics that used to be free, developers have monetized “cheating” with loot boxes, crates, and other microtransactions where instead of putting in a code to gain an upper hand, you pay money. Think about it, when was the last time you played a game with a bunch of cheat codes in it?

They’re a lost art, and a recent video of “Big Head” mode from GoldenEye 007 on the Nintendo 64 that came across my YouTube feed got me nostalgic about the practice. Growing up, cheat codes were everything. My brother and I had a Game Genie for our NES and a Game Shark for our PlayStation. We’d beat the games, then go back and play them while messing with the graphics, gravity, and whatever else those devices allowed us to. Super Mario Bros. is fun, but Super Mario Bros. with endless star power? Now that’s an all-time classic. That was a particular favorite cheat of mine, but my absolute favorite cheat code can be found in Tony Hawk’s Pro Skater 2.

I tend to wax poetic about this era of gaming because it truly is something that’s completely vanished in the modern age. Arcade style sports game absolutely ruled the 90s, with games like NFL Blitz, NBA Jam, and Wayne Gretzky’s 3D Hockey taking up entire weekends of my youth. All of those games had fantastic cheat codes themselves — I still remember taking on my bother as Bill and Hillary Clinton — but the one I most remember, the one I always entered before starting a game, was Double Moon Physics.

Tony Hawk games are all about racking up those high scores and on my Dreamcast, I wasn’t exactly the best at chaining together tricks. I got better at it as time went by, but for the early months of playing the game, if I wanted the digits to climb on my score, I paused the game, held down the L button and input the code a friend at school wrote down on a piece of paper for me. Years later I would discover Cheat Code Central and holy shit I did not know I could make my skater fat.

Double Moon Physics kept me coming back to that game for the year or so I actually owned my Dreamcast. A year later after I bought my GameCube, finding out the Moon Physics code for Pro Skater 3 was one of the first damn things I did. 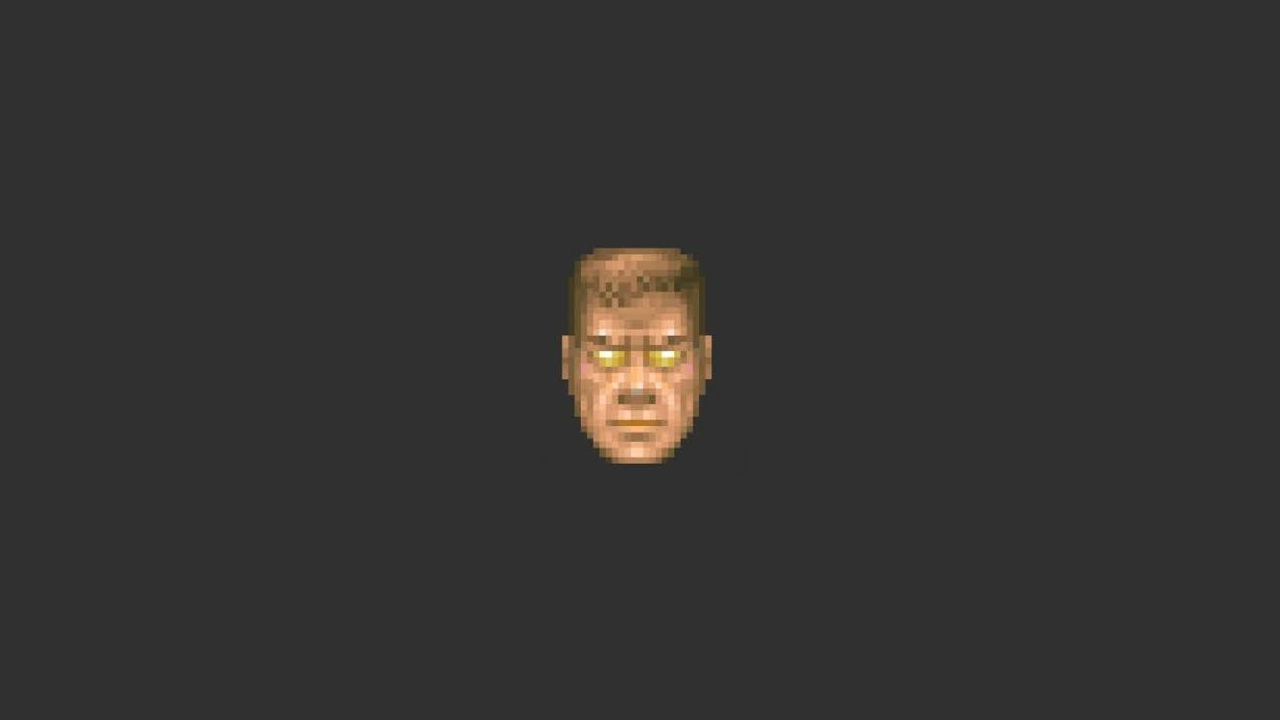 Despite owning a Game Genie and Game Shark when I was younger, I can’t say I’ve been much of a cheater. I’ve always prided myself on being able to beat games with a stiff challenge, often bumping things up to max difficulty on a blind playthrough. I just like the idea that a game can destroy me (*cough* La-Mulana 2 *cough*). That being said, one code immediately sticks out to me: IDDQD from Doom.

Not only is the code synonymous with id Software’s eponymous classic, the history behind the code is really interesting. Dave Taylor, one of the newbie developers who worked with id Software from 1993-1996, added the code as a reference to his college days. During his schooling, he and a few other friends had convinced a teacher to give them a Q on their transcript when quitting a class to avoid receiving a failing grade. As such, they created a fraternity called “Delta-Quit-Delta,” which is where the DQD bit comes from.

Even without that neato history, though, IDDQD gives you permanent invulnerability. If you suck at Doom, you likely put this code in before even moving. Cooler still, the code has been referenced in a ton of other games, but my favorite comes from its usage in Heretic. Putting in IDDQD will kill you instantly and display the message, “Trying to cheat, eh? Now you die!” Brutal. 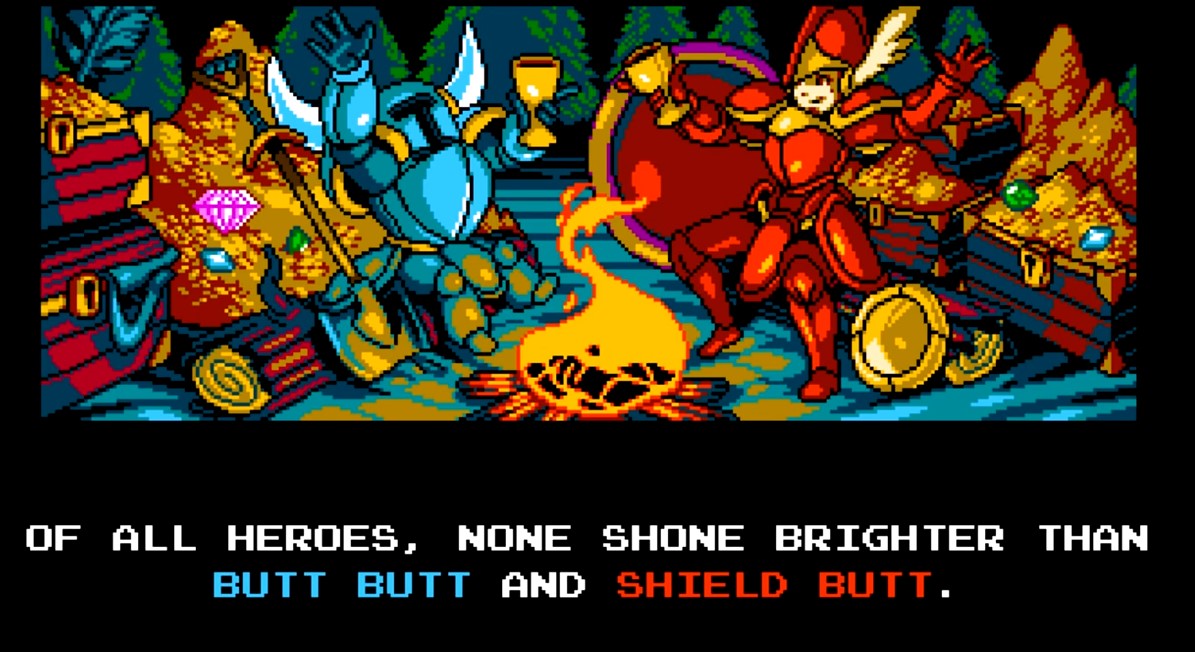 While Shovel Knight‘s Butt Mode is the obvious cover image for any discussion revolving around Shovel Knight‘s cheat codes, I actually want to draw less attention to that and more to Shovel Knight‘s entire cheat code system. The simple fact that we got a plethora of cheats in a modern indie game is awesome enough, something I wish games did more often in general. But the part that makes me excited to use Shovel Knight cheats is the ridiculous variety of codes.

Chris makes a strong point. The Jar Jar “cheat code” for Shovel Knight: Specter of Torment is tough to beat. So is the Konami code, which is burned into the brains of everyone I know over 35 who loves video games. Then there is the _Lau: Tzu code for the original Animal Crossing which unlocked “the forbidden three” NES games (Super Mario Bros., Zelda, and Punch-Out!!). That was pretty mind-blowing at the time, as we were all on the edge of our seats wondering if Nintendo would ever release those games legitimately, then out of nowhere, a fellow player found a way to share them with all of us without any violation of the rules.

These are all arguably superior to my choices in terms of pure utility, but when it comes to the thrill that comes from breaking into the game and pulling out something you never would have imagined was there, the Akuma code in X-Men: Children of the Atom is still my favorite. Generally speaking, cheat codes in Arcade games were a rare sight back then, partly because they were unattractive to competitive players. Most people wouldn’t want to risk their quarters on entering a code wrong, then being stuck with a character they don’t know how to play. More so, walling off content behind a secret did a lot to weaken a game in its fight to win your attention. Why create an awesome new character only to hide them away, when all the other games at the arcade are showing off their best at all times?

Back then, only Capcom had the consistent confidence to lock one of their most marketable characters behind a difficult-to-perform code. First Akuma was secretly playable in Super Street Fighter II: Turbo, which was mindblowing as it was, then a little while later, he showed up in… X-Men: Children of the Atom?!?! This shocking cameo also kicked off the long-standing feud between Marvel superheroes and Capcom fighting all-stars, which recently came to a head in Marvel Vs. Capcom: Infinite. So Akuma punching Omega Red in the face for the first time may not be something that everyone has a use for, but it’s still a significant moment in gaming history, and one of my all-time favorite arcade memories. 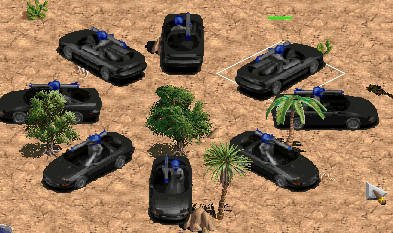 Age Of Empires is probably a game old-school PC gamers love and respect for quaint historical battles but that’s not something my 8-year-old mind cared to grasp. I wanted to smash together tiny armies and witness bloodshed as some bored, omnipotent god. So the easiest way to enjoy my shits and giggles was to input little codes that gave me not only free resources but chronologically incorrect units.

How could the ancient Romans ever hope to beat a single futuristic Cobra Car that could shoot lasers? Or a platoon of silver spacemen right out of an Imperial cruiser? I still remember the hilarity of watching ancient Egyptians get steamrolled by the most sensible of historically accessible myths, a flying warship courtesy of the “Flying Dutchman” code.

I didn’t own a gaming PC. It was my neighbors. So enjoying the game the way it was designed was not something I cared about without ownership or access. I’d just spend my days after school after getting picked up by my neighbors booting up their copy of Age of Empires and laying waste to the foolish armies of the past with steel and lasers. 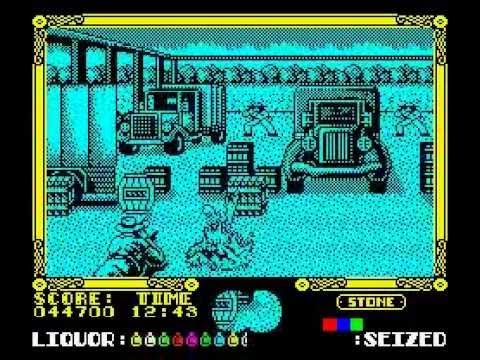 Not so much my favourite cheat code, but an amusing story I always think of. So, I really liked Ocean’s The Untouchables — the game based on Brian De Palma’s excellent 1987 movie. But I thought the Spectrum version was hard as nails. The first two levels, in particular, were very tough and they drove me up the wall for weeks.

Then a friend told me if you entered your name into the high score table as “Humphrey Bogart” you could then press a certain combination of keys to skip a level. At last, I’d get past that damn bridge scene. So I rushed home after school and tried the cheat, but it didn’t work. I was right furious. So I started the game and, in what I’ll call a rage-driven focus, I completed the whole game that very sitting. After weeks of frustration it turns out I didn’t need the cheat after all, I just needed to believe. That’s the Chicago way.

The punchline comes when, afterward, I went to enter my name into the high score table. I had previously spelt “Humphrey” incorrectly. The cheat was legit, it was just my shitty spelling that had stopped it working. Life, eh?

BRING BACK CHEAT CODES, YOU COWARDS!!!