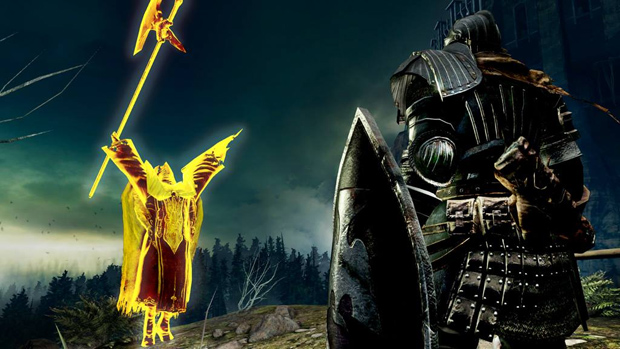 Dark Souls II has been out for a few weeks on consoles, enough time for fans to really dig in, and now PC players have shown up in style. I’m liking the game — less so than its predecessors, overall — but still: when I’m not playing it, I’m thinking about how I could be playing it. Uh huh.

One aspect of Dark Souls II that’s impressed me is the diversity of its covenants. As someone who traditionally stays away from the more PvP-oriented groups, I was compelled to get mixed up in one covenant involving turf wars, and another that has to do with ringing a bell. (Let’s save specific spoilers for the comments.) I’d be curious to hear — what’s your favorite covenant?

Personally, some of my favorite moments in Souls games are helping other players take down demons and, particularly in Dark Souls II, pointing out illusory walls. It’s a feel-good break from the norm of dread and despair, and I’m a sucker for all the goofy gestures. What about you?