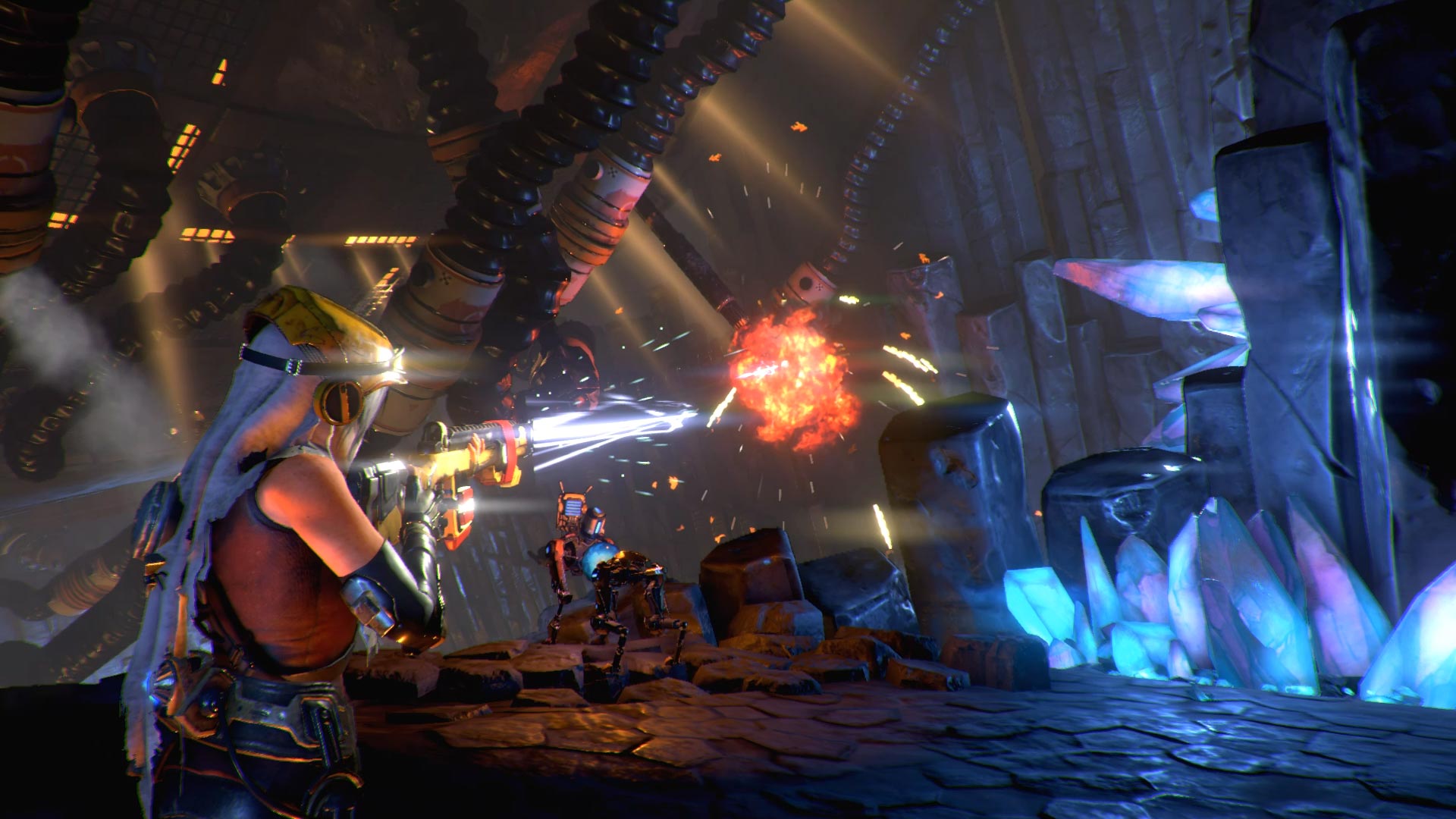 You’d be forgiven if you thought ReCore was dead. For months now, it’s existed akin to a heart rate monitor that blips the faintest beat just often enough to indicate there’s still some life left. We’ll find out in five days what that pulse amounts to.

This afternoon, nearly three months since its last public Twitter update, the ReCore account revealed that there’s an announcement coming on August 20. Sunday’s an odd day for news, but it lines up perfectly with Xbox’s gamescom plans. Tucked in between Xbox One X and Crackdown talk will be the future of ReCore.

For those who haven’t kept up with the ReCore saga, it’s looking likely that this announcement will be for a “Definitive Edition” of a game that currently has no DLC. The German ratings board outed the existence of this version back in March, but we haven’t heard anything about it since.

What this edition is likely to contain (apart from patches and the HDR update) is the game’s fifth robot that was ripped out of the final product. Microsoft acknowledged the missing tank frame soon after launch, asking people to “stay tuned for news.” In December, developer Armature released a tank trailer that stated the final robot would come in early 2017.

Now, 11 months since ReCore‘s release, it’s looking more likely that the add-on and the Definitive Edition will target the game’s one-year anniversary. Presumably, ReCore‘s finished product is right around the corner. But, presuming anything about ReCore thus far has only ended in disappointment and more waiting. We’ll find out what’s up on Sunday.