The other day I was playing my new obsession Spelunky and, of course, died while trying to complete the dreaded ice caves. It was late and I really needed to go to bed. Instead of turning off the game — or even thinking about turning off the game — I immediately hit “Quick Restart” and started playing again.

This seemingly simple moment was almost revelatory for me. What amazed me most about this instant was not that I restarted the game, but that I don’t even remember doing it. I have no sense memory of even pushing the button to restart the level. The time between dying and retrying — while over in the blink of an eye — was a complete blur.

My body was so addicted to the game that my brain didn’t even consider stopping. I was, and still am, physically addicted to Spelunky.

I adore videogames, so it is easy for me to say I am addicted to them. But when I usually say this, I don’t think I ever really mean “addicted” in the clinical sense of the word. I just mean I love playing certain games and think about them a lot when I am not playing them.

The Legend of Zelda, Super Metroid, Uncharted 2, Portal, Final Fantasy VI, Contra III. I love all of these games, but I don’t think my body has even been physically addicted to them. I have been able to stop playing when I was ready to stop playing. I never hit a save point in Final Fantasy VI after planning to quit and then just kept going in fear that I would get the shakes if I stopped.

But there have been certain games over the years that have put me in some kind of hypnotic trance, taking control of my body and truly making it almost impossible to stop playing.

In addition to Spelunky, this has happened with older titles like Tetris Attack and Uniracers, to more recent games such as Pinball FX2 and Shatter. (My God, I love Shatter.)

These games are not just fun, they are physical addictions. When I start, I have a lot of trouble stopping. Physical trouble. The common “Just one more game!” turns into a legitimately scary “You must play just one more game!” (In my head, this is also in a super intimidating robot voice.) 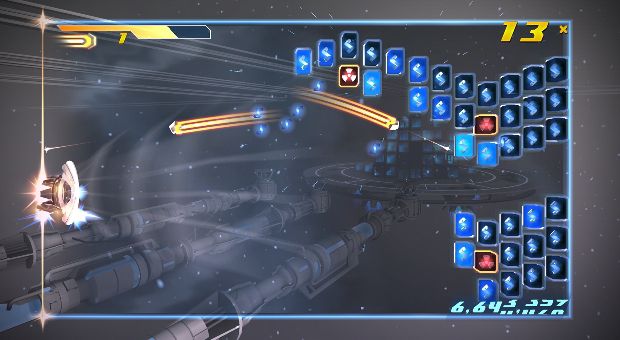 Nothing bad has come of this (yet?) — all these addictions are mostly harmless — but I would be lying if I told you there haven’t been some pretty crazy moments. Moments when I can almost hear my mind saying to my body: “Um, shit is getting serious. You really have to stop playing after this next round. I am not kidding.”

But these moments usually result in me not stopping after the next round. These moments result in me staying up all night and eventually having to slowly put down the controller as the newly risen sun starts to creep through my window — the only sound a whispered “Dag!” as I slowly tiptoe away as if trying to hide my shame from some invisible person judging me from across the room.

I am not a doctor, but all of this sounds like an honest-to-God addiction. Which, honestly, I am okay with. It’s only a handful of games, and I have a fun time playing them. Where’s the harm in that? … says the heroin addict.

Now it’s your turn. What is the most addictive videogame you have ever played? Is there a specific game (or games) that you can’t physically put down?

Is there a specific game (or games) that you can’t physically … oh man, I already typed that. Sorry.

I was thinking about Spelunky.