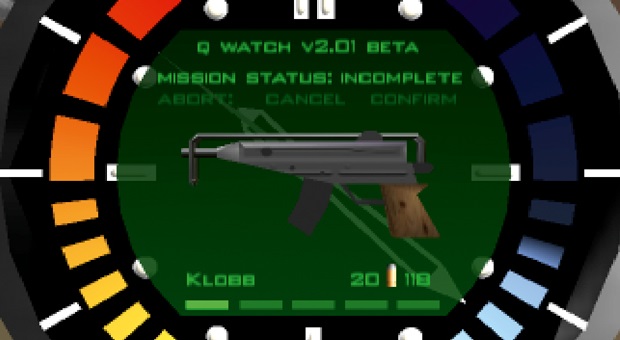 Who needs a Klobb when it’s just so broken?

If you ever spent a night or two demolishing friends in GoldenEye 007’s illustrious multiplayer, you’re probably intimately familiar with the Klobb, arguably one of the weakest weapons in the game. You surely know of the gun, but did you know who it was named after or what real-life gun it was based upon? Edge has the scoop on the weapon everyone loves to hate.

The Klobb is based on the Skorpion VZ/61, a gun that, according to GoldenEye 007’s producer and director Martin Hollis, is “cheaply made in Czechoslovakia.” It was chosen by level designer Duncan Botwood, and it’s lovingly described as not a “B-list” or “D-list” gun, but a “K-list” gun. You know when you skip a few letters and go straight to K, you’ve got a real piece of junk on your hands, know what I’m sayin’? Hollis went on to say that the team viewed each gun in GoldenEye as “characters in and of themselves,” with the Klobb acting as the unfortunate runt of the litter.

The name itself is a curiosity as well, as “Klobb” sounds a lot more like an anti-theft device than a submachine gun. Due to Nintendo’s requirements that the gun names be fictionalized so as not to associate the game with real-life weapons, the GoldenEye team had to get creative. It’s actually named after Ken Lobb, the GoldenEye team’s producer on the Nintendo side of things.

Even after all these years, Hollis is still sorry he named the gun thusly: “I do slightly regret naming such a poor weapon after him, since I am tremendously fond of the man. He is astonishingly enthusiastic about games, even after years of working in the industry. It’s a little unfair that we named such a useless weapon after him. And for that I am sorry.”

If you’re a fan of this comically underpowered gun, stop and give thanks to Ken for being named as he was, and for Nintendo to have requested name changes. It’s actually quite interesting to learn about the history behind the weapon and the reality behind what is, for some of us, a memorable piece of childhood. Gun still sucks, though. Big time.

The story of GoldenEye 007′s most notorious gun, The Klobb – and its design secret [Edge]