“That is one big pile of shit”

Bad games have been a blight upon the world for as long as video games have been around. Most likely, they always will be. From broken or bland design to poor technical execution, there are many ways a potentially good game can go bad and an equally long list of reasons for why a game might descend into the realm of endless suck.

Whether fun just wasn’t in the budget or over-ambition resulted in under-delivering, the bottom line is that bad games just aren’t that much fun. Except when they are. 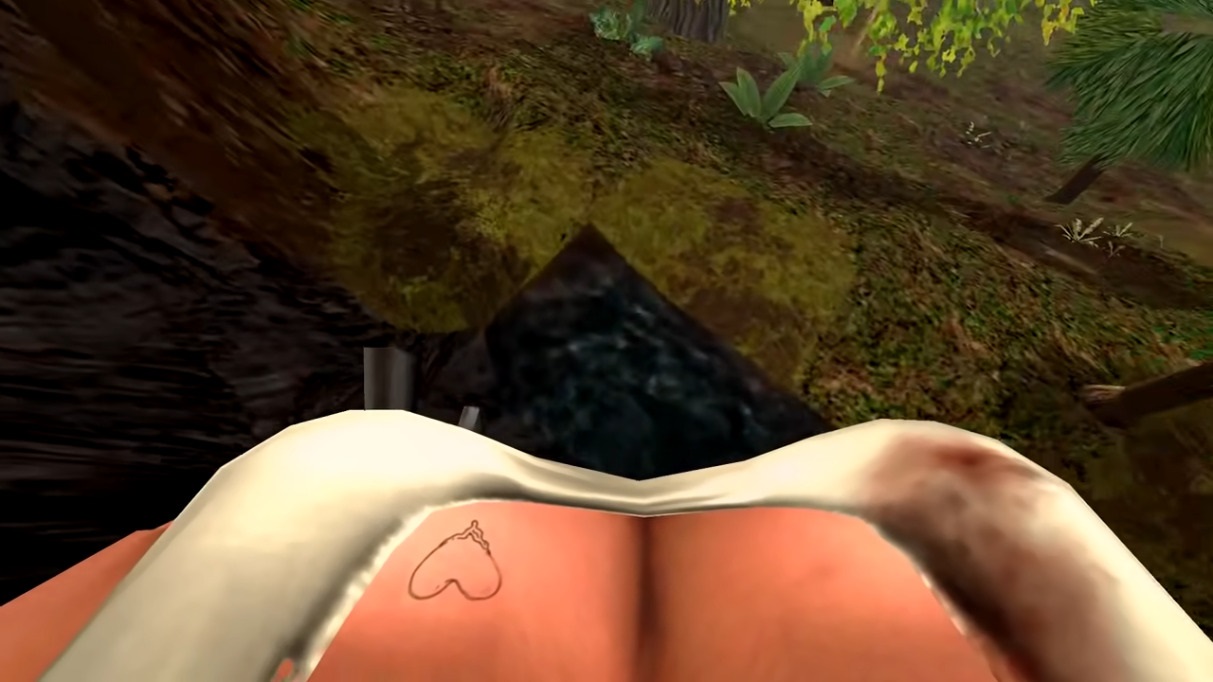 This is something that can be difficult to pin down. What constitutes a bad game is generally left open to interpretation. Some people say that Deadly Premonition is a bad game, and to those people, I say, “Please don’t talk to me.” What’s art in my eyes might be a tire fire in yours. Can we at least all agree that Carmageddon 64 is an absolute blight?

We can’t even reliably say that bad games equal a bad time because, as I’m about to demonstrate, sometimes a perfect storm of horrible execution can result in something that contains all the hallmarks of a positive experience. There are games out there that have all the ingredients of a horrible concoction, yet somehow manage to not only be perfectly edible but also mindbogglingly delicious.

To illustrate this, I present to you 1998’s Jurassic Park: Trespasser. 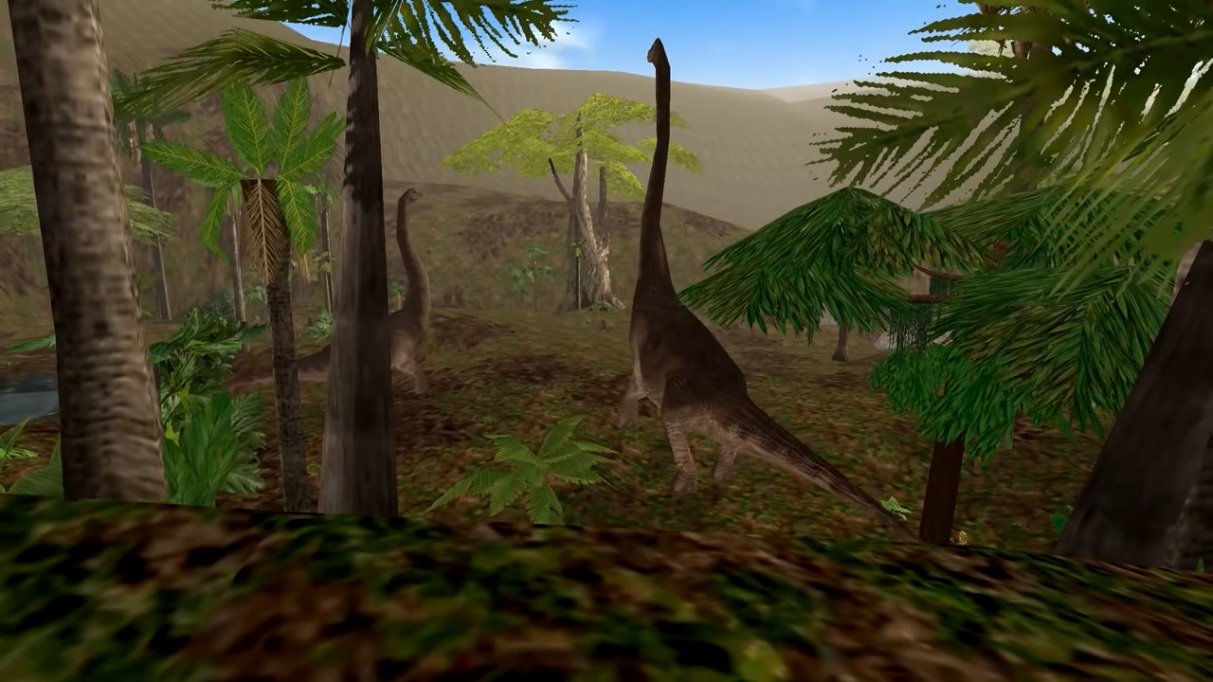 There have been a lot of games that have attempted to bridge the gap between movies and video games in terms of experience. Whether that involves making a game 95% FMV footage like Night Trap or by filling in gaps in the story, like Enter the Matrix, the idea of films and games being held in the same esteem has been a carrot dangling in the face of developers. Trespasser was another game reaching for that carrot. Promising to feature an experience that was as real as being in the film itself, it had no shortage of ambition. Among its key features were a fully working dinosaur ecosystem and a real-time physics engine that powers everything from the items you pick up to the way the dinosaurs move.

Unfortunately, ambition is only the first step of the process, and for Trespasser, every other step appears to have been a tumble down the stairs. The ecosystem didn’t really work out, so all the dinosaurs had their moods set to pure malice and are merely scattered about the linear levels. The physics engine, on the other hand, is certainly there, but it feels less like an immersive mechanic to the game and more like a curse has descended upon the island.

You play as Anne, the lone survivor of a plane crash that has left one of her arms broken – I think. The game doesn’t tell you this outright, but Anne never uses her left arm and that’s my only explanation. As luck would have it, the plane crash-landed on Isla Sorna, Site B, the place where The Lost World: Jurassic Park takes place. Since that’s not a good place to be, it’s up to you to get Anne off the island. 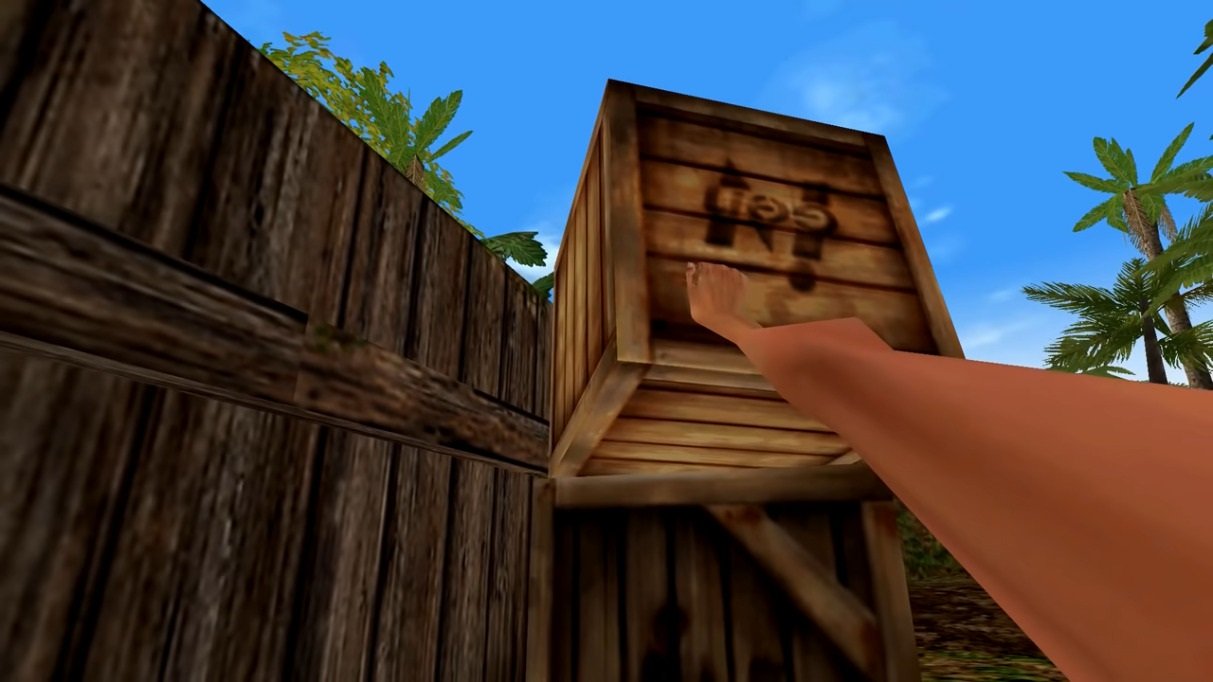 It doesn’t take long to see where Trespasser went wrong. You use Anne’s right arm to manipulate everything in the world. Whether you’re moving boxes or picking up a gun, you do it by reaching out and grabbing it with her floppy arm. Did you play Surgeon Simulator 2013 or any of the derivatives that came out after it? Remember how its core concept was that fine motor control with a traditional controller is impossible, so let’s all laugh at it? Well, Trespasser is like that, but it’s not in on the joke.

But this is a Jurassic Park game and the dinosaurs are the stars of the show, and in Trespasser, they’ve been drinking in their trailer all morning before staggering out onto the stage. The dinosaurs are also slaves to the game’s physics engines, and their legs are left to try and figure out how to deal with tricky concepts like momentum. The result is that everything from triceratopses to t-rexes all stagger around, attempting to stay upright. Sometimes they attack each other. Sometimes they attack you. If you can call it attacking.

Eventually, you’ll come face to face with your first raptor, and here’s how combat typically goes: it will stagger in your direction, and when it gets near enough, it will open its mouth and try to rub its teeth on you. If its teeth touch you, you get hurt and the tattoo on your heaving bosom gets progressively filled with more ink. If you’re good, you can swipe frantically at them with a stick in hopes of killing them, or maybe you’re lucky enough to have a gun and can jam it down their throat before you’re killed by gingivitis.

The result of all this is a perfectly fun experience. The game keeps trying to put you into tense situations, but if the physics don’t undermine the moment, a glitch surely will. Dinosaurs will often find their legs pivoting wildly back and forth, and if you catch one unaware, you might see it wildly pirouetting until it launches itself into space. Sometimes you just find dead raptors and can’t help but wonder what happened. On my most recent playthrough, one of the end bosses killed itself by crashing through a pile of crates that crushed it beneath their meager weight. 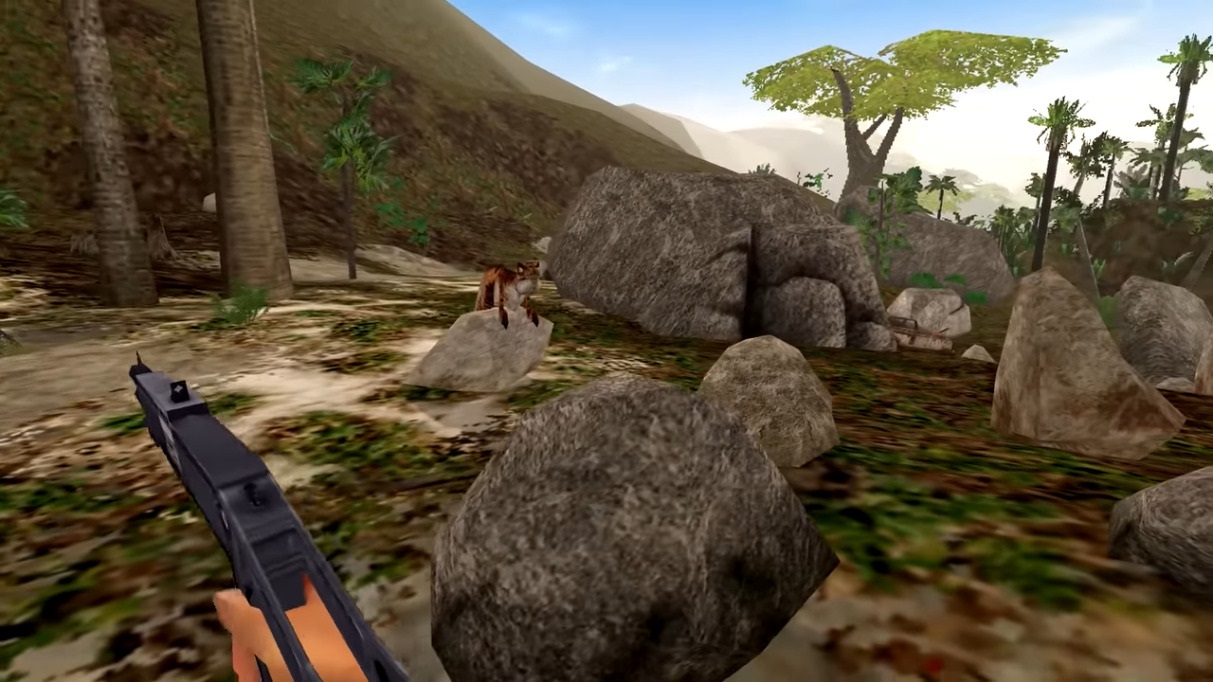 Jurassic Park: Trespasser is, to sum things up, a beautiful mess. There’s not one aspect of it that it does very well, but all its broken pieces come together in something that is wonderfully entertaining. Despite having so many problems, it’s perfectly playable in spite of itself, and the janky physics system is a constant source of entertainment.

Would I recommend playing it? Heck, yes. If you can, that is. The game was optimized for now antiquated hardware, and it doesn’t play nice with new setups. Thankfully, there are fan patches out there that can allow you to run the game on modern machines. It can be a pain to set up, but the effort is worth it.

So, what horrible game would you recommend? What is the “best” worst game you’ve ever played?