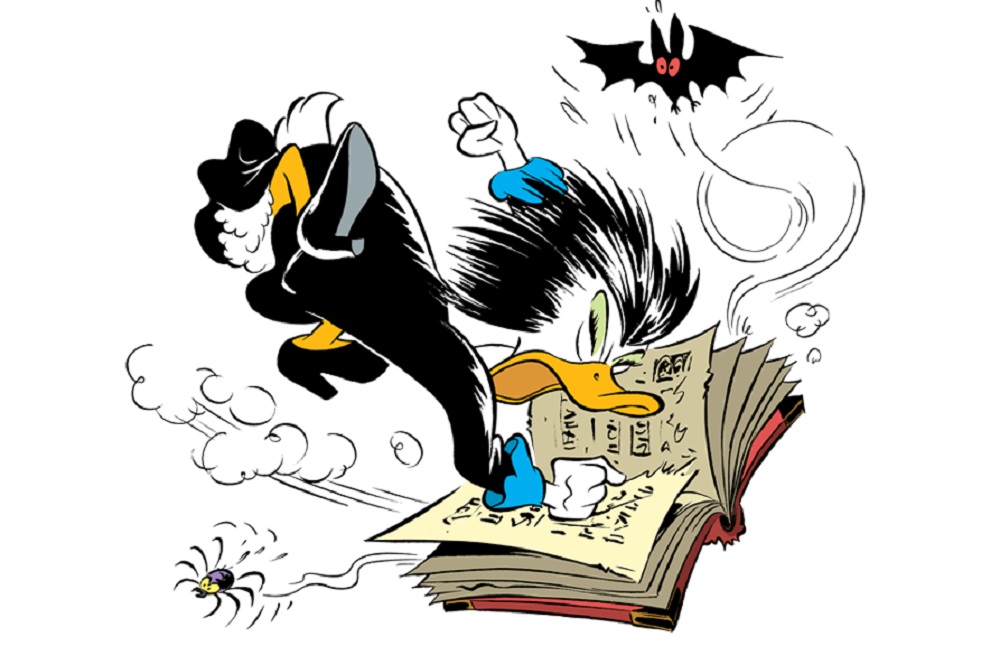 Over the some 30 plus years I’ve been playing video games, I’ve done my best to get around to every release that, at some point, was a darling of the community. Whether a classic arcade from ’88, some exemplary Amiga title from the early ’90s, or even just an impressive remake from 2018, I try to get to them all. The wheels turn slowly in this old body, but they do turn.

One title that escaped me, amazingly, was Capcom’s NES platformer based on Disney’s series DuckTales. I know, right? Everyone has played that game. I’d like to say I missed out because I was too busy, or distracted by Bermuda shorts. But, in reality, I heard that series villain and all-round Best Goth Duck Magica De Spell wasn’t in the game. No Magica, no buy. They’re rules we should all live by.

Except she is in the game, someone was kind enough to point this out to me exactly 30 years after release. So, given the unfortunate news that DuckTales Remastered is to be pulled from digital stores, I plonked down a few dollars, and ran through the classic adventure in a single sitting. It’s good stuff, with wholesome gameplay and wonderful music. I like how you can “see the Shantae” in WayForward’s updated release. It’s easy to see how the cute platform title won so many hearts back in 1989. Sorry it took me so long, sorceress.

But that’s enough about my bizarre childhood crushes (life’s confusing when you’re a wee nipper). What have you, yes, you reading this, been playing this week? Are you still boning up on your students in Fire Emblem: Three Houses? Maybe Evo inspired you to indulge in a bout of fisticuffs, or maybe you’re currently rocking ‘Murica in Metal Wolf Chaos XD. Whatever you’re playing, let us know below, friends.