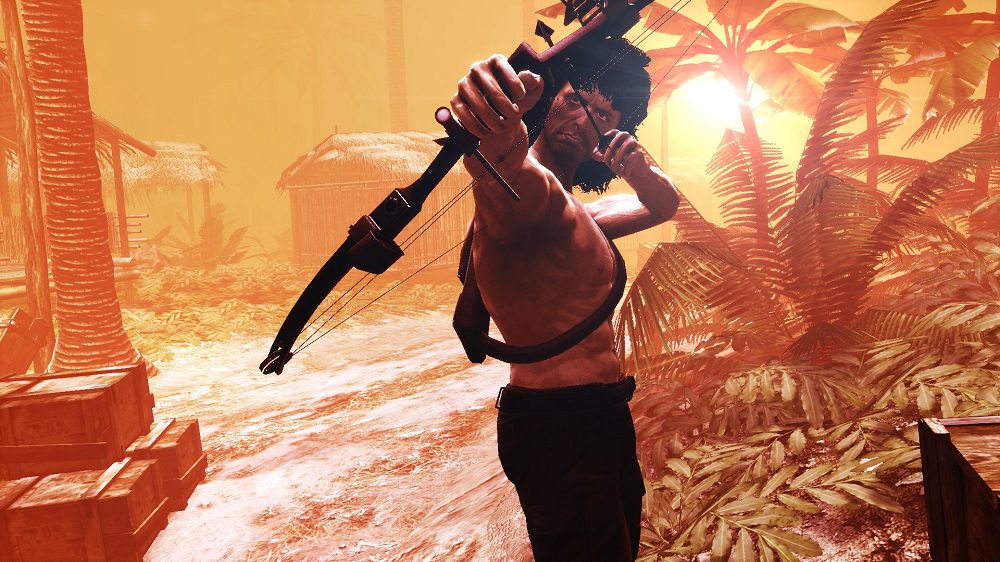 A light-gun shooter without the light-gun; a cover shooter without cover; a first-person QTE simulator; an awful life experience – Rambo: The Video Game is all of these things and more. Teyon’s infamously bad 2014 release attempts to authentically recreate the first three films in Sylvester Stallone’s so-so action series, but instead I was left feeling like I’d spent the day covered in leeches while dangling chest-high in a shitty bog.

Contributing to this chaos are repetitive character models, fuzzy voice samples ripped straight from the movies, and a bizarre framing device in which Col. Trautman basically eulogises Rambo through what must be a seven-hour long funeral service. By the time the credits rolled, my arms were aching, as if my brain was sending pain impulses to my fingers to discourage further interaction. Regardless, it’s still a more authentic Rambo experience than Last Blood.

I pushed it. And it gave me a war I couldn’t believe. I’ll never get that £1 (inc. shipping) back.

While I drown out the death screams of a thousand soldiers, (or, more accurately, the same three soldiers over and over again), let’s hear how you spent your week when it comes to all matters gaming. You know how this works, just drop us a message below and fill both us and our beloved community in on the digital escapades that have been keeping you cheery.