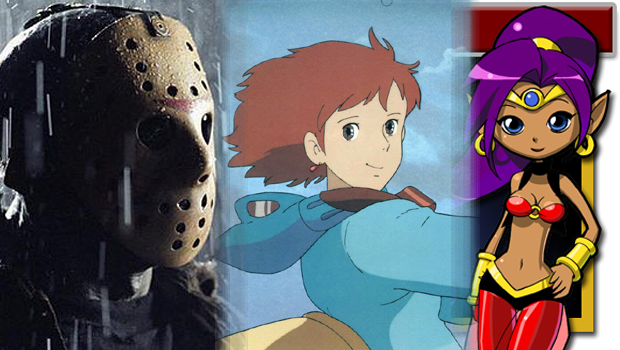 Nausica? and Jason Voorhees’ made babies together

Last week on Sup, Holmes (available now on iTunes) we were graced with the presence of Adam Tierney, director of such games as Silent Hill: Book of Memories, Aliens: Infestation, Batman: The Brave and the Bold, and Centipede: Infestation. With such beloved franchises, fan scrutiny is inevitable. That’s part of why WayForward works so hard to research their source material, and in some cases, re-imagine it through a fan’s perspective.

Such was the case with Aliens: Infestation. Adam and the team at WayForward worked hard to analyze the first two films in the series. They found that beneath their sci-fi veneer, the films have the same structure as a slasher movie — introduce lovable characters, then kill them off one by one. They applied that same structure to their game, applying permi-death to all of the Aliens: Infestation‘s various protagonists. That’s just one of the ways the team managed to invoke the same sense of dread that the films deliver, all in a 2D, sprite-based DS title.

For Centipede, they took a different approach. After learning all they could about the series, they reinvented the Centipede concept through the eyes of Studio Ghibli. It’s one of those decisions that may seem  random at first glance, but if you take a second to consider the visuals, themes, and ideas of Nausicaä of the Valley of the Wind, it makes a lot more sense.

Thanks again Adam, for being on the show, and join us this Sunday at 1pm PST/4pm EST when WayForwardVember concludes with Double Dragon: Neon and Contra 4‘s Sean Velasco!