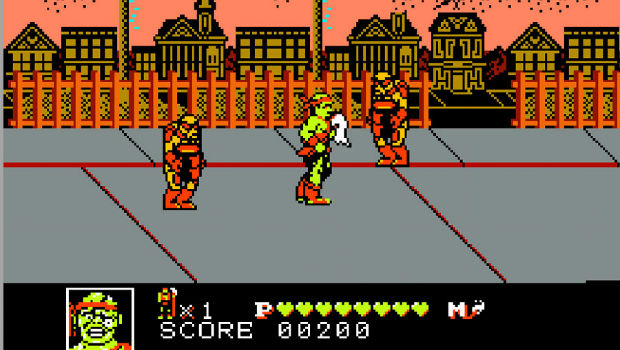 Toxic Crusaders for the NES is mine

I owe a lot of my gaming knowledge to my mother. She was very supportive of my habit, allowing me to rent many, many games at my local video store that ran a “two for Tuesday” promotion. Not only were the prices considerably cheaper than Blockbuster, but the buy-one-get-one deal allowed me to devour tons of games at a time.

Because I had played so many though I was often a hard person to find gifts more. My Mom had to dig into the bottom of the barrel sometimes, and I still remember the Christmas I got the weirdest gaming gift ever: Toxic Crusaders for the NES.

At the time I was very young, so I wasn’t aware of Troma Entertainment’s decidedly adult-oriented Toxic Avenger franchise. Naturally, I was confused as to what the game even was, but since it was a rather simplistic beat ’em up I picked it up quickly. To this day I don’t know how she found it, and why she even thought I would like it, but I will cherish it forever.

What was the oddest gift you’ve ever received, and did it end up becoming one of your favorites?