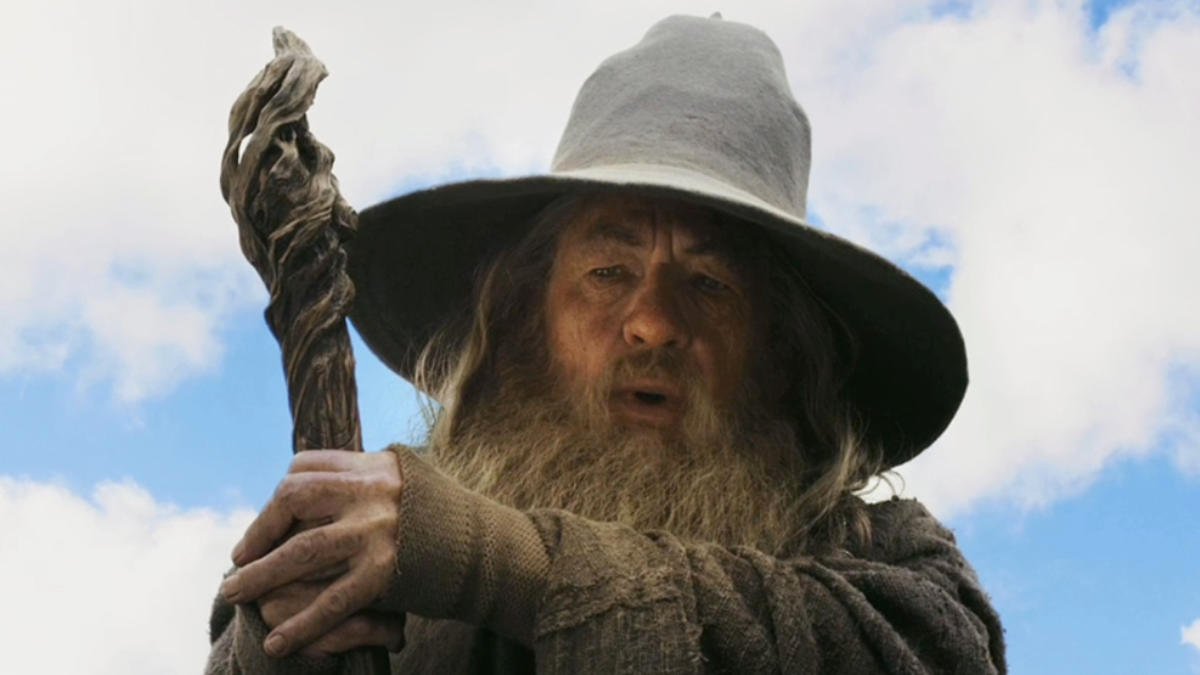 ‘Stay with me here’

I recently had the opportunity to catch up with Standing Stone Games, the current steward of The Lord of the Rings Online, and learned some fascinating things about the trajectory of the game over the years.

One of the most interesting topics with any Tolkien-based property is how rights are handled; most creatives are beholden to either the Tolkien Estate directly or with Middle-earth Enterprises (who hold the rights to The Hobbit and Lord of the Rings books). Standing Stone Games works directly with the latter, but the lengths they’re willing to go to stretch those limitations can get pretty crazy at times.

By request, I was able to speak directly with Chris Pierson and Jeff Libby, senior game designers for The Lord of the Rings Online (LOTRO) and official “loremasters.”

These guys have read just about every single bit of Tolkien material (including all of those letters) and correspondence with eminent Tolkien scholars like Cory Olsen or Michael Drout (the latter of which is immortalized in-game with an NPC). Getting down to business, I immediately wanted to know what their craziest idea was. Both of them looked at each other and laughed: “it’s definitely the Gandalf thing.”

“So stick with me here as I explain this,” Pierson said laughing. So I had this idea, it came to me: ‘What if we killed Gandalf?’ I wanted to explore a sort of alternate reality in Lord of the Rings, and in this case, what would happen if the Rohirrim had never come during the Battle of the Pelennor Fields and The Witch King had defeated Gandalf.” What came next was a rabbit hole of lore I wasn’t prepared to embark upon, even as an amateur Tolkien scholar. “Ah so through a Palantir vision of sorts, right?” I inquired.

“Okay, so get this,” Libby continues. “So we had the idea to do that. But the more we looked into it, we found out that based on the lore, the Palantiri cannot show you the future, and they cannot lie. So we couldn’t do it that easily. Then we had the a-ha moment. During the time when Denethor [played by John Noble in the film series] was sitting on his throne, before he called for his funeral pyre, we could have the player look at the Palantir with him, and share a sort of fever dream to justify it.” As it turns out Middle-earth Enterprises was down with the idea, and according to Pierson, they were even in after the initial pitch. Pierson continued: “At the end of the day, players have expectations that we need to meet. But there are certain elements that need to be adapted. Peter [Jackson] did that, and we do that.”

“There’s lots of other interesting aspects that we have to get around due to rights issues,” Pierson interjects. “So we technically know what the names of Isildur’s children are, but not from The Lord of the Rings. But we wanted to put them in the game! So we came up with the idea to give them assumed names, like their identities were being protected. Sometimes players will tell us that we’re not technically right, and we’ll sort of say ‘we know!’ We just can’t address it directly for rights reasons.” The team also got around the Nazgul situation (in which only a few are properly named) by giving them titles instead of proper names.

Here’s another wild idea from the pair: a 52-week questline that kind of got out of hand. Born out of the mind of Libby, the goal was to provide a “TV show-like” concept, where every week, for 52 weeks, players could log in and do a different quest. Dubbed “The Ballad of Bingo Boffin” (which is a take on both the insane Leonard Nimoy song and “Bingo,” the original name for Frodo in an early Tolkien manuscript), the questline had a life of its own and was two years in the making. “I can’t believe we delivered, but if I knew what was going to go into it initially, I probably would have had second thoughts.”

Ultimately, despite the rights limitations, the team is able to play around with what works without having to beg the rights holders for mercy. “It’s basically big-picture stuff that we need to get approval for,” Pierson confirms. “We almost never get denied. I can think one time where we were: when we were building Orthanc (the tower within Isengard), they said it was too close to the films, so we had to change that. In the end we’re our own strict critics. We want to get it right.”