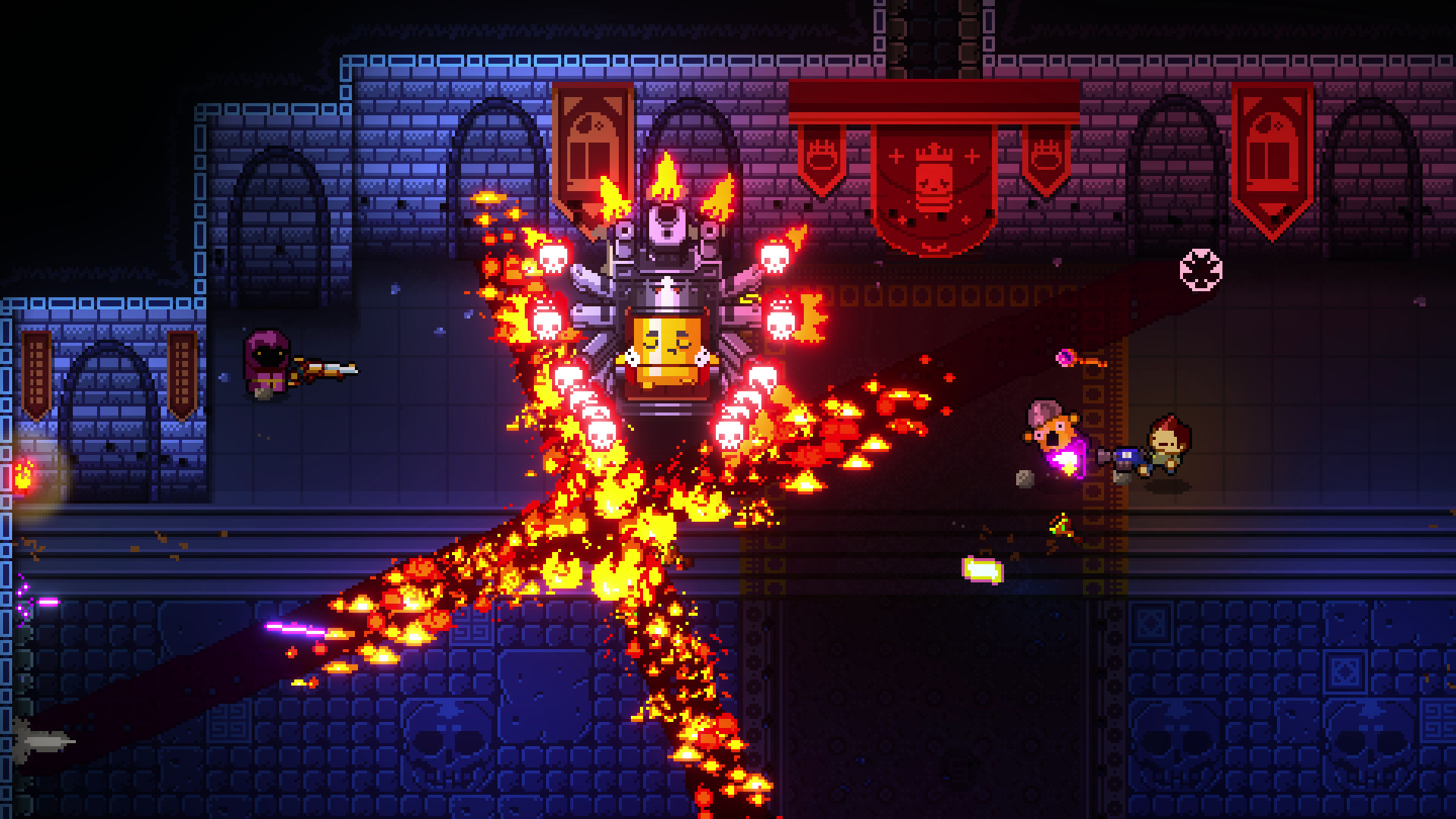 I did not doubt that Enter the Gungeon would be good, but given my current roguelike fatigue, I had mentally committed it to being something I’d “get around to eventually.”

For me, that could have meant playing tomorrow, or four months from now after a sale, or possibly even never. I didn’t expect to buy the game during launch week, much less immediately love it, but that’s how it went down. The initial wave of positive reviews, steady pro-Gungeon tweets in my feed, and a few mentions in our office chat nudged me closer and closer to an impulse purchase.

I’ve been trying to pin down how it was able to break through my ambivalence and surprise the hell out of me. My gut reaction is that, besides loving the basic feel of the game, it comes down to two things.

First, it’s the comprehensive vision of a world in which most life is ammunition-based, with “Gundead” and “Ammomancers” and the like running amok. It’s a wonderful, original, well-executed theme that makes a strong first impression. But it goes deeper than silly character designs and sillier puns. There is lore — interesting, weird, funny lore — and the little touches, like “hearts” in your health bar being fashioned out of red bullets, or gun cylinders baked into the architecture, quickly add up.

Second, and just as important, it’s the player-friendly design choices. Well, one in particular: the ability to freely teleport to most of the rooms you’ve previously cleared out. What a godsend. It cuts out the tedious backtracking that so often kills my interest in roguelikes once the honeymoon phase ends.

Granted, Enter the Gungeon has some issues. I think the early game can be far too slow and the RNG is overly stingy at times. The balancing doesn’t seem completely there yet. But right now, I’m hooked, and for a game I wasn’t even planning on trying anytime soon, that comes as a major surprise.

How about you? What was the last game to catch you off guard or defy your expectations?