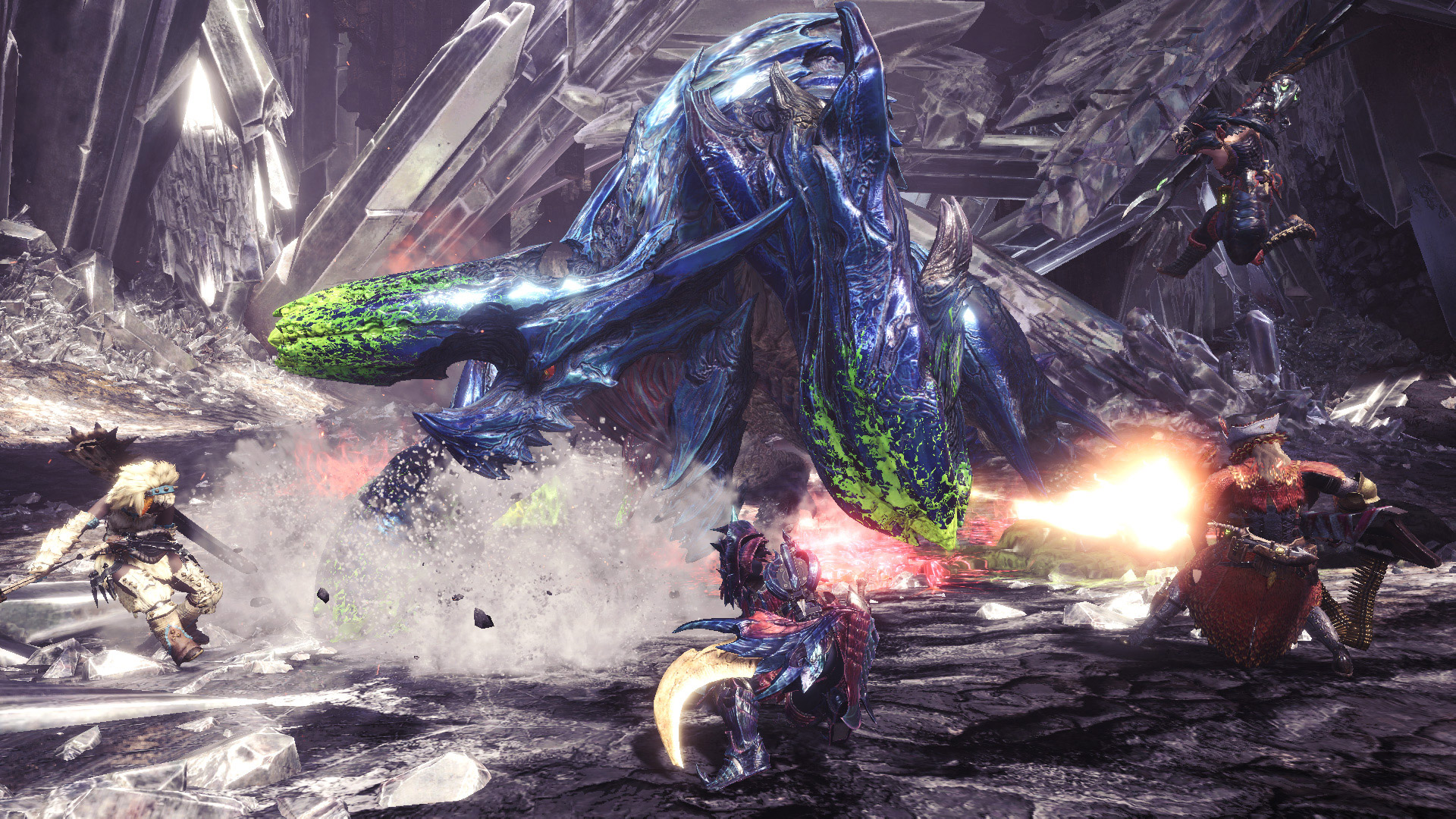 I can’t start Monster Hunter World: Iceborne all over again on PC – I’m a few hundred hours deep on PlayStation 4 – but if you’re down for the challenge, or you’ve simply held off playing the expansion until now, there’s less than a week to go before the Steam launch. It’s the perfect time for a refresher.

Iceborne releases for PC on January 9, after which point Capcom will need play catchup as best it can. The first “major title update” for PC, Version 11.50.00, is scheduled to roll out the big brutish Rajang on February 6 along with the Resident Evil 2 collaboration event. (Don’t forget about Tofu.)

Then, on March 12, Iceborne PC will get Stygian Zinogre and Safi’jiiva.

That’s what the immediate future looks like, anyway. Things will start to get even more interesting.

Further out, Capcom plans to sync up the PC and console Iceborne updates so that all players will get new content at the same time, regardless of where they play the game. The current plan – as seen in the revised 2020 roadmap for Monster Hunter World – is to reach update parity in April 2020.

You’ve probably heard enough about Iceborne by now – it’s not just a fantastic expansion, it’s a fantastic game in its own right – but what about the nitty-gritty? Capcom posted a huge recap of the technical and quality-of-life improvements Iceborne PC players can expect over the base game. The 10.12.00 patch notes also cover the many weapon and monster balance changes – too many to list here.

Long story long, these are the PC-specific changes planned for Iceborne‘s Steam launch:

If you’re curious about Iceborne‘s monster list, you can expect over two dozen new beasts to hunt, some of which are all-new – including Banbaro and Velkhana – and many of which are species variants.

Lastly, if you need the PC specs, Capcom has them listed here. A GTX 1060 can do the trick.

Iceborne is a $40 expansion, not a standalone product, so you’ll need the Monster Hunter: World base game to play. Capcom will start selling the Master Edition PC bundle for $60 on January 9 for players who are coming in fresh, and the package also comes with the Yukumo layered armor set as a bonus.

I’m thrilled that a bunch of you are finally going to experience this meaty expansion. If only Monster Hunter: World had a console-to-PC character transfer option – I’d be right there with you!