Playing Deadly Creatures and Killzone 2 within a month of each other had a very surprising effect on me.

On the one hand, you have Deadly Creatures, a Wii exclusive and somewhat mediocre action platformer from THQ. The game is a wonderful breath of fresh air, but suffers from, at times, awkward control and a mixed bag of bland textures and so-so graphics.

On the other hand you have one of the most critically-acclaimed games of the year, the gorgeous first-person shooter Killzone 2 for the PlayStation 3. For fans of the genre the game has it all: some of the most beautiful graphics ever seen in a console game, non-stop space shooter action, and addictive, deep multiplayer.

So why is it that Deadly Creatures stood out as the more accomplished videogame? In fact, I would go so far as to say Deadly Creatures could be the surprise inspiration for a huge, dramatic, positive shift in the videogame industry.

Hit the jump to find out what the heck I am talking about. 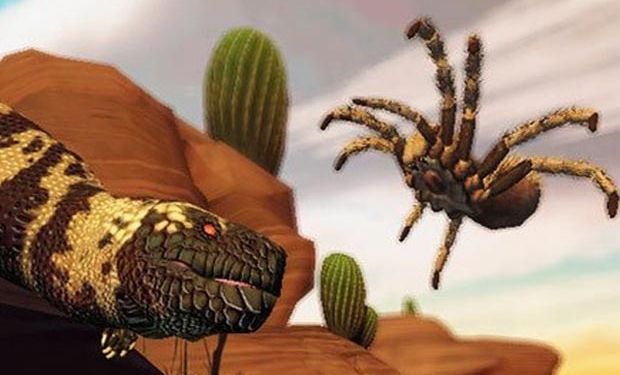 At first glance, Deadly Creatures is nothing special. Like I mentioned earlier, it is a 3D action platformer with frustrating motion control and interesting, if not the best, graphics.

In the game you play as two characters: a tarantula and a scorpion. The game begins with a basic, but intriguing story about two humans searching for some buried treasure. Controlling the “deadly creatures” of the games title, players journey through multiple levels of a massive desert (each level alternating between nimble tarantula and powerful scorpion) as they avoid said humans and also fight off numerous animal and insect enemies.

When I finished the game, I was left impressed by the game’s setting, but feeling rather empty about the overall experience.

It wasn’t until I popped in Killzone 2 just a few weeks later when the genius of Deadly Creatures really set in.

Every videogame designer needs to look closely at three specific features that Deadly Creatures does very well. In my opinion, these three features have the power to truly change the videogame industry for the better. 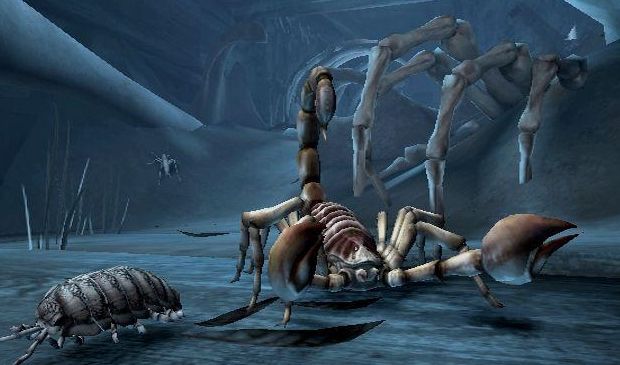 1. Deadly Creatures is a 3D action/adventure/platformer starring a non-human

Remember back in the glory days of the Super Nintendo? Remember how many videogames starred main characters that weren’t human? Heck, one of them simply starred a wheel and a seat (best game ever Uniracers!). Granted, some of these characters weren’t the greatest of mascots (I’m looking at you Aero the Acro-Bat and Bubsy), but just the fact that designers tried something different by featuring a non-traditional main character was pretty amazing.

This is where the main Killzone 2 comparison comes in.

During one of the Killzone 2’s incredibly rendered cutscenes I remember thinking to myself: “Wow, this is a really pretty game, but I have no idea who my main character is?” I was referring to a shot when Killzone 2’s main character Sev is sitting in a flying transport with four or five other completely generic looking space soldiers. I really couldn’t tell them apart and had trouble following the on-screen action.

And this confusion stretches much farther than the confines of Killzone 2’s world. There are a handful of recent videogames that star humans that are almost interchangeable with, not only characters within the game, but protagonists in other games as well!

Despite the pretty graphics, I was missing the sheer originality and creativity that went into the character design of the tarantula and scorpion in Deadly Creatures.

Think about the last 3D action/adventure game you played that featured a non-human as its main character. It’s a lot tougher to think of one than you thought, huh?

Even some of the more popular recent examples — like the critically adored Okami and XBLA game The Maw — use their non-human characters in very human-like ways. Okami stars a wolf, but the main character could have easily been replaced with a generic human warrior with the same sets of moves and not much would have changed — same with The Maw’s cute alien protagonist.

Deadly Creatures is great because you actually play an honest-to-God tarantula and scorpion. The tarantula performs moves that a tarantula would actually perform (climbing on walls, spinning webs), and the scorpion performs moves only a scorpion would perform … well, minus the handy and admittedly unrealistic uppercut … but you get the point.

Can you imagine how much more Killzone 2 would stand out if it starred someone other than a generic intergalactic soldier? What about a member of some original alien race? And if designers want to stick with a human, why not make that human perform a job that is not so overused and predictable? What if Sev was a nurse or a weak prisoner that had been captured by the Helghast (the enemies of the game)? The options are endless and could have easily elevated Killzone 2 to a whole new level. 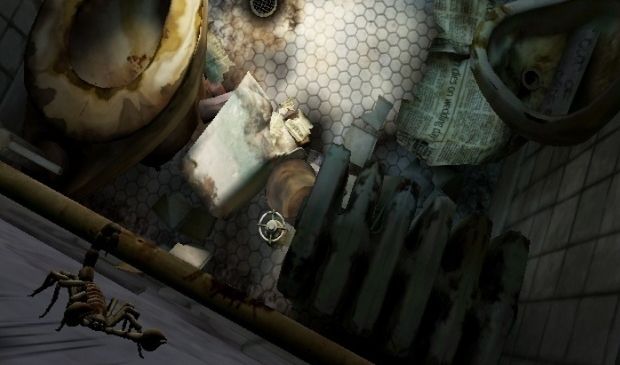 Being in control of a tarantula and a scorpion in the real world, Deadly Creatures obviously has to set the game from the very small perspective of these even smaller creatures. Basically what I mean is this: the world surrounding the playable characters is enormous, literally.

While most games — even if they, on the off chance, star a non-human character — utilize traditional-sized set pieces, Deadly Creatures places the player in the world of two very tiny arachnids. Everything around them is towering, from the two human characters to everyday objects like shoes and shovels. Instead of jumping over a boring fallen log, the scorpion jumps over a shoelace! Instead of traveling through another barren warehouse, the tarantula crawls around the interior of an abandoned car (complete with dashboard chotchkie)!

Not only does this point-of-view add a much needed freshness to the action/adventure genre, it offers a chance for some pretty stunning level design. During one memorable boss fight in Deadly Creatures, players have to control the scorpion as he shimmies up the leg of a very alive (and very freaked out) human. The act of running up a moving platform is very traditional, but the new perspective and injection of creativity makes the entire sequence feel fresh.

Everyone loves the ability to shrink Link down using Ezlo the talking cap in The Legend of Zelda: The Minish Cap for the Game Boy Advance — the seemingly simple feature added a whole other layer to the already splendid game. Why has this feature not been implemented in the 3D Zeldas? Can you imagine running through the gorgeous world of Twilight Princess as a miniaturized version of Link? It would add such a welcome new perspective on a series people are worried may be running out of steam (to which I say, blasphemy!).

And think about Katamari Damacy. That game is at its most interesting when the Katamari is either really, really small or really, really big. The stuff in the middle is almost a means to an end.

As simple as it may sound, changing the perspective on where a 3D action platformer is set will make any videogame that much more intriguing. 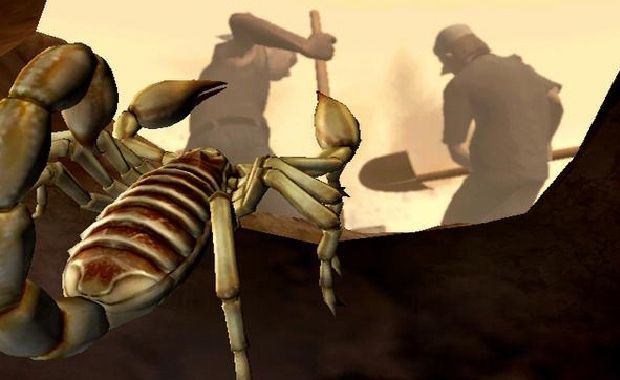 3. The dual gameplay in Deadly Creatures is innovative and works really well

As I mentioned before, the story in Deadly Creatures is very simple — two humans search for buried treasure while the tarantula and scorpion main characters interact in the world around them.

It is the way the story is presented, though, that is surprisingly innovative and pretty darn clever.

Since every level in the game alternates between control of the tarantula and scorpion, Deadly Creatures sometimes is creative enough to have the two main characters visit the same places at different time. This is cool for two reasons: 1) Some areas can only be accessed using certain powers, allowing the tarantula and scorpion to explore and discover different secrets. And, more significantly, 2) the game’s story is told from different perspectives, once from the tarantula’s point-of-view, and once from the scorpion’s.

Take the scene when the two human characters (voiced by Billy Bob Thornton and Dennis Hopper) finally discover the buried treasure they have been searching for the entire game. The first time the player witnesses this is from the tarantula’s viewpoint and is from the safe distance of a nearby cactus. After navigating a challenging level, the tarantula crawls up the side of the cactus and watches as the two humans dig into the ground and make a discovery. Before reaching down to pick up the treasure, however, one of the humans yells out in disgust that he sees a dead lizard lying next to the large chest. The other human laughs at him, tells him to ignore it, and the two go on about their thievery.

Later in the game, when players take control of the scorpion, one level ends with a boss fight with a giant lizard in a dark cave. After killing the lizard the rock and dirt ceiling of the cave opens up. The scorpion quickly scurries behind a nearby rock and watches as the two humans widen the sunlit-filled hole with an enormous shovel. At this point the player realizes that the same scene of the humans discovering the treasure from earlier in the game is being replayed from a brand new perspective — a closer, much more threatening one.

And as you probably figured out by now, the dead lizard boss that the scorpion just killed is the same lizard that one of the humans freaked out about when the scene played out earlier. It’s all connected!

While I wouldn’t go so far as to saying the game’s utilization of this dual gameplay technique is brilliant — it could have been used a lot more and in much more clever ways — it is an awesome start and the perfect example of a videogame telling its story (however simple) in a non-linear, creative way. 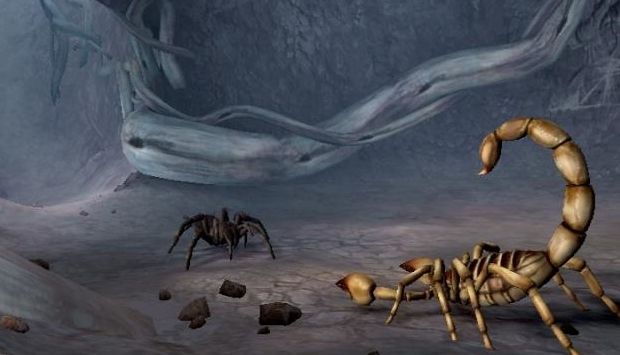 Deadly Creatures is not a perfect game by any means, but it includes a surprising amount of original content that a lot of designers could use to, frankly, make videogames much better.

I don’t want “normal” 3D action/adventure games to go away. In fact, some are so clever — as is the case with something like God of War — that they transcend their traditional gameplay roots. I just think it is time for designers to offer something completely different in the marketplace. Enough with the space marines and army soldiers! It’s time to mix things up and create new videogame experiences within the worlds we are already comfortable in.

Let’s say a publisher right now is coming out with some kind of cowboy shoot-em up Old West videogame. How about changing the game to focus on a horse and not an actual cowboy? Or how about something like ThatGameCompany’s revolutionary twist on the 3D action/adventure genre Flower? Imagine seeing an entire cowboy story unfold from the perspective of the gold-filled, raging river that cuts through the Old West setting.

These are obviously quick-thinking, dumb ideas, but I hope you understand what I am trying to say. I also know there are quite of few games out there right now that don’t suffer from any of these problems, so please don’t yell at me with tons of examples. I know they exist! I just know, in this current generation, these original ideas are slowly becoming the exceptions to the rule.

Take note of Deadly Creatures, videogame industry. It’s a lot more important than you may think!