Our first glimpse of Mortal Kombat X (MKX) came today in the form of a presumably CG teaser trailer. Some people don’t think that the trailer served much of a purpose, since it didn’t explicitly state what we can expect in the upcoming installment of the series.

Well, I do believe that some people said the same thing about the original Street Fighter IV trailer, which was subsequently dissected and found to reveal quite a bit about the game. Don’t get me wrong, I hate modern-day trailers just as much as most. There have been times where I can’t distinguish one trailer from another, or times where I don’t know what game is being advertised until the very end, let alone what that game plays like.

If I’ve learned anything about videogames, it’s that good developers never do anything on accident. This MKX trailer includes certain aspects which I don’t think are just there to look pretty. 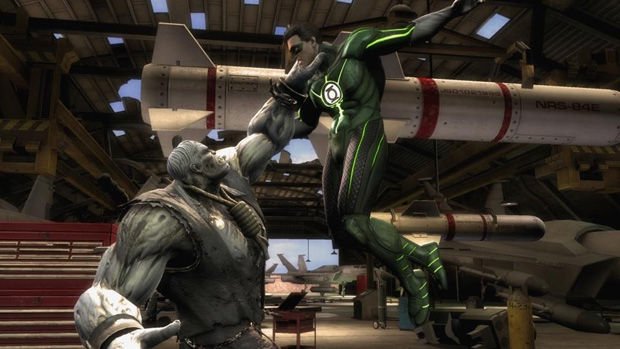 Mortal Kombat X will feature level-dependent attacks, just like Injustice: Gods Among Us

In Injustice: Gods Among Us, also developed by NetherRealm, fighters could use certain parts of certain stages to perform unique attacks against their enemy. For example, players could throw cars or break shark tanks to barrage their enemies with a one-time attack. While watching the teaser, Sub-Zero pulls off a branch of a tree, ices it, and attacks Scorpion in the face. The teaser really focuses on this aspect, which cannot be a coincidence. He also uses a tree limb to do a flippy-kick, which is another perfect example.

“Multi-stage” stages could also be used

Alright, so there’s no real evidence of this in the trailer, but if NetherRealm is borrowing one idea from Injustice, why not more? Injustice featured stages that would change at certain times, like bashing someone through some walls into a new area. Old Mortal Kombat games have done similar ideas, and NetherRealm has the technology, so it could very well show up here in MKX.

Weapons and styles may be returning

At one point late in the teaser, Sub-Zero picks up a weapon and attacks Scorpion with it, only to have it knocked out of his hand. This could be another environmental attack, but also consider that as part of the Fatality at the end, Scorpion throws a weapon from his sheath to stick Sub-Zero’s head onto the tree. These examples could lead to another weapon system like past games have employed. 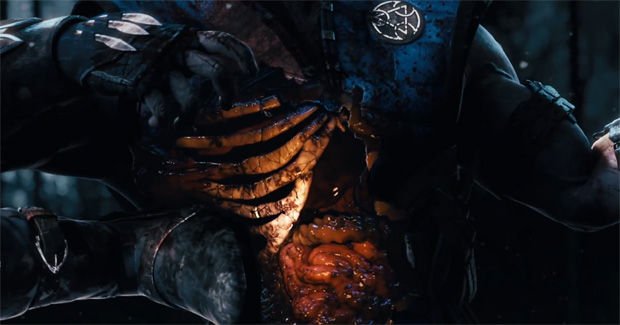 While this isn’t surprising, it’s good to know that NetherRealms is not transitioning back to a 3D fighter. Watching the teaser trailer clearly has them fighting in a straight line for the entirety of the fight, which again, is no coincidence. When a small change can disrupt an entire community, it’s nice to have confirmation. To go along with that…

This is Mortal Kombat through and through

In other words, the obvious is confirmed. Scorpion and Sub-Zero are playable. They both have their iconic moves from the franchise. Plus, gory fatalities are still in, making this an M-rated game (something that somehow isn’t always a constant). They’ve got the basics down and are building up from there.

X-ray moves are back

Sure, this is something that can be assumed when transitioning from one successful title to the next, but it’s always nice to have confirmation. What I personally love about the X-ray moves is that they make the fight look cinematic. If a non-Mortal Kombat fan were to watch this trailer, they would think that the X-rays were purely for effect, not an indicator of what is in the game. 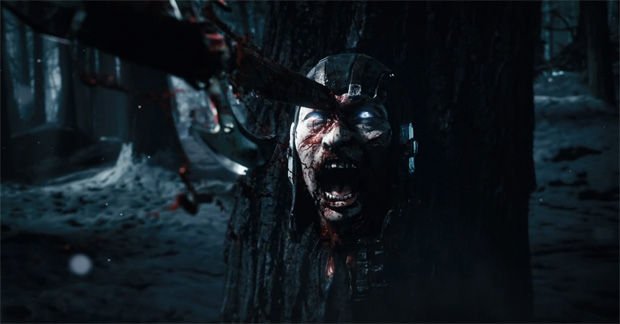 E3 is next week

Ok, the teaser trailer doesn’t tell us this, but it needs to be said. E3 is next week, so naturally there won’t be a huge reveal trailer today. This was really created to hint at some aspects of the upcoming game, and to make us GET HYPE for another Mortal Kombat. Whether or not any of this is correct remains to be seen, but I’m sure much more will be revealed next week.

Sure, this is likely a pre-rendered CG fight. And yeah, the music doesn’t really fit so well (though I will say the song itself doesn’t seem too bad). These are, however, just a few small blemishes on a video that otherwise does an excellent job at teasing. As a big fan of the last Mortal Kombat, I am anxiously awaiting what MKX brings to the table, whether I’m way off base or not.

I just hope Meat is in it.