Bulimia.com, a website dedicated to helping those with eating disorders find treatment, has “reverse Photoshopped” some characters from popular games series to make them look more like the average American woman. “If video game creators are going to pride themselves on accurate digital representations, then it’s time for them to get real about women,” says the site. 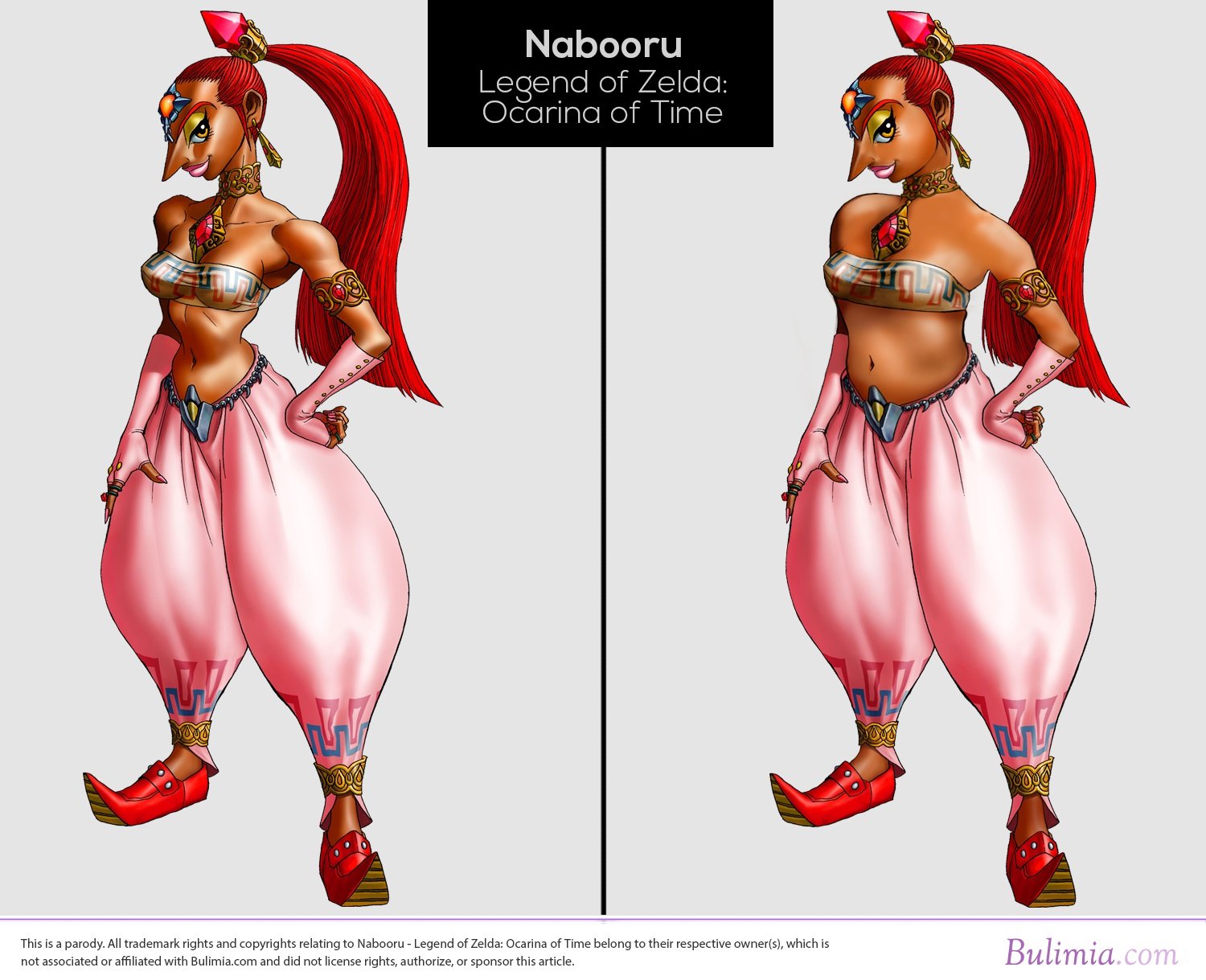 I never realized just how unrealistic some of these characters are such as Nabooru from The Legends of Zelda: Ocarina of Time; the size of her waist originally is pretty disturbing.

A spokesperson from Bulimia.com told Motherboard, “If you look at how [Lara Croft’s] form has changed from the original, it’s clear developers are listening to feedback from consumers. They’re definitely moving in the right direction.” 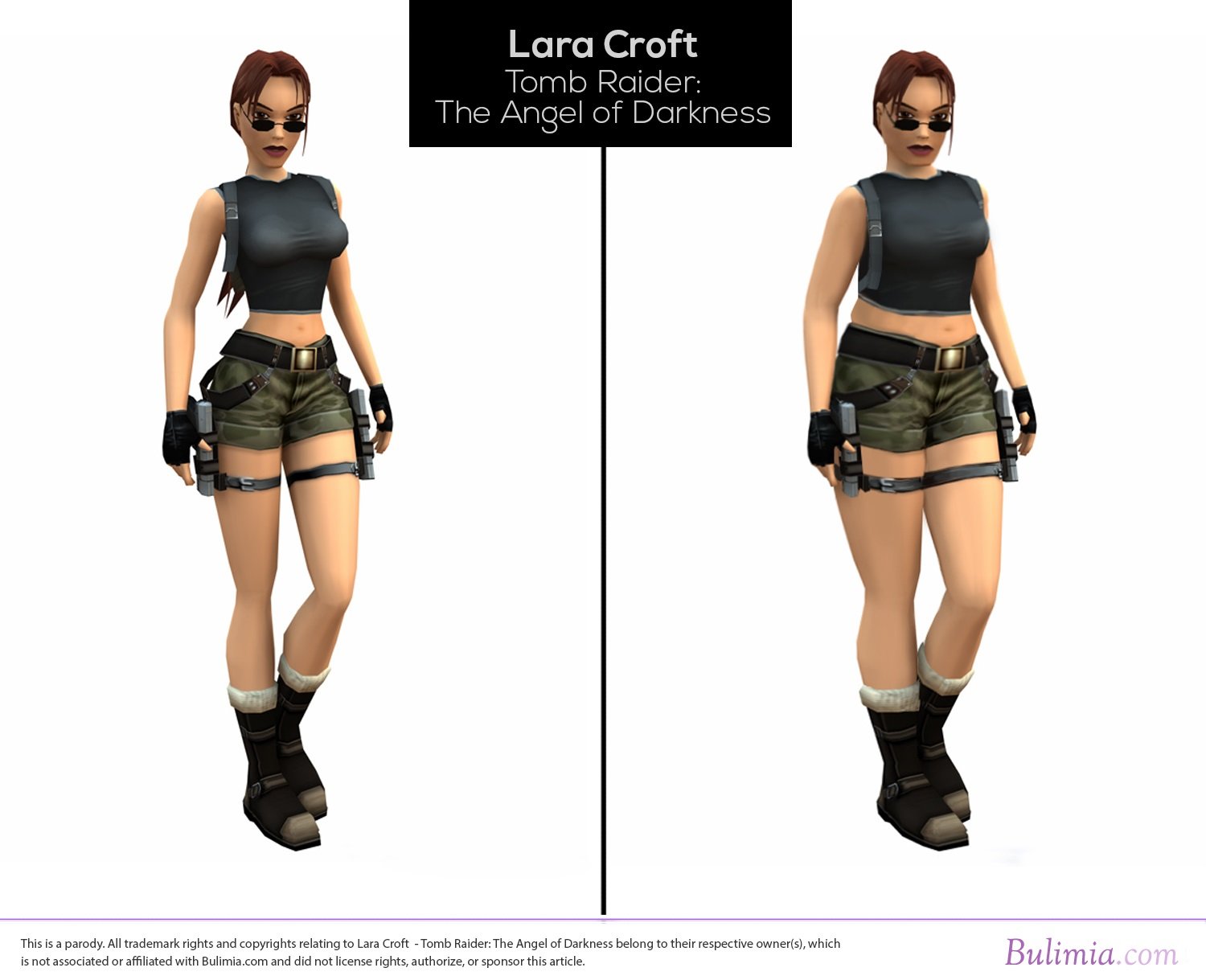 Bulimia.com noted why the original concepts can be harmful:

What are the consequences of such interpretations? The perpetuation of unrealistic body imagery in the media can have decidedly negative repercussions. One could argue that the social pressures to obtain perfection are reinforced even through the depiction of video game characters. Girl gamers – especially young ones – could develop a skewed image of how the female body should look. This might mark the beginning of obsessive thoughts about their own bodies, and self-questioning as to why they don’t align with their perceived ideal. When dangerous, compulsive eating behaviors develop alongside of these negative obsessions, young women can quickly find themselves struggling with an eating disorder. Whether it’s the drastic restrictions in food intake seen in anorexia, or the relentless purge behaviors of bulimia, all types of eating disorder are tragic end-points potentially exacerbated by body image issues.