If there’s two things Batman: Arkham Knight does too much of, it’s the Batmobile and The Riddler.

For the purposes of an upcoming project, I’m working towards a 100% completion rate in Knight, and I’m running into a wall, much like Jordan did a few weeks back. I have roughly 80 more riddles to go of 315 (some are grouped up to make the actual total less, more on that awfulness later), and I felt the burn ages ago.

Let’s break down what went wrong. 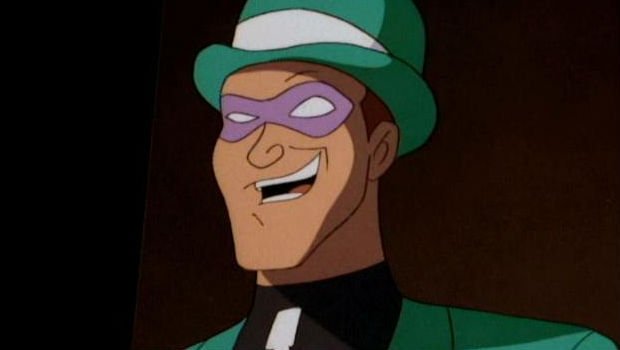 First, let’s take a brief look at the other games in the series to see how it measures up. It was slightly annoying to have “Catwoman only” trophies in Arkham City, but that game never took it to this level — plus, Riddler was still relatively fresh at that point. Asylum also had just the right amount on a smaller map to encourage nearly everyone to go for them, and I like how Origins had a little extortion story weaved into the activity, making it a bit less tedious. Arkham Knight just goes overboard. Thankfully, there’s a little bit of brilliance peppered in that shows what might have been.

Most notably, the riddles that feel like actual riddles are great. I love how the game leads you towards horizons where you can find Arkham Asylum, Arkham City, and Wayne Manor in the distance. It’s a great way to link the series, and the Knightfall ending gives it a nice conclusion. You’ll also find a lot of really cool stories that tie up loose ends for characters like Bane and Calendar Man.

This is how all of the riddles should have been presented. 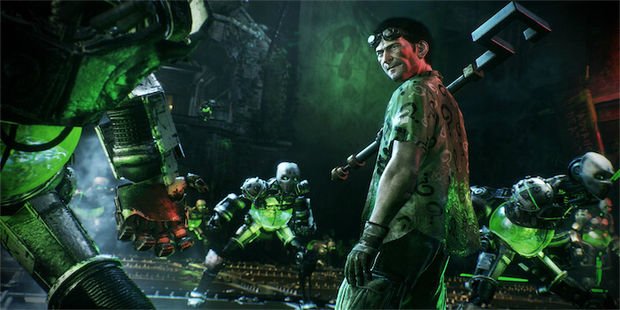 The bad and the terrible

Instead, there’s over 300 miniature quests to complete, carved out by way of trophies, riddles, “Riddler bombs,” and breakable objects. While the trophies are generally par for the course for the series, the riddles (as mentioned previously) are often good, and the bombs are few and far between, it’s the objects that broke my soul.

And here’s the worse news — to get any locations without consulting a guide, you’ll have to “interrogate” Riddler cronies. To find them, you’ll wander around the town with detective vision on and locate green cars or green men, isolate them in combat, and press a button to have a few icons appear on the map. It’s a painfully slow process, and come to find out, some thugs don’t even give you information after tracking them down (this seems to be a glitch, as this has happened a few times, even on thugs I used counter on)!

Divebombing from the sky and sending a Riddler car careening for information was cool the first time, but on the 50th occasion, it gets unbearable. While patrolling the streets, I must have heard Steve Blum (who still plays every thug with Nolan North, like WB can’t afford a thug budget) say “who is Robin anyway?” approximately 10,000 times. How did they think this was a good idea?

For the broken object “riddles,” you’ll often need to find at least 10 emblems to finish one entry, and cronies only give you a select few of them at a time. The entire affair, for the most part, consists of jumping in the Batmobile, aiming at a target, and shooting it. These aren’t “riddles,” and have no business being in the game, full stop. 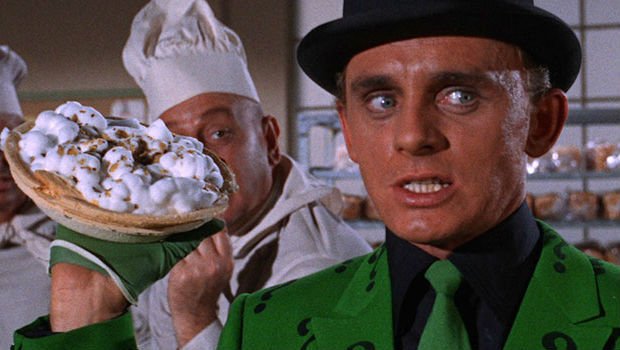 The worst part? They’re all required for the true ending

You know what? The actual Riddler questline in Arkham Knight with Catwoman was bearable, and featured some neat uses of the Batmobile (for once) — even if driving on walls is still horrible thanks to the wonky camera angles. But to complete said lengthy questline, fight a Mecha-Riddler for 10 seconds, and have him say “LOL! Actually you need all 250 trophies to fight me for real!” is a kick in the teeth.

It gets worse than that, as the true ending is tied to said riddles, clearly to pad out the game. At launch, a lot of fans even speculated that it was a bug, and that you couldn’t possibly be required to slowly gather every trophy to nab Riddler — nope, you actually have to do it. It would have been a lot cooler if taking Riddler in (after the quest) triggered Knightfall, but if you wanted to get more audio tidbits you could go after the trophies, as he taunted you from lockup.

Now sometimes, I’m playing Arkham Knight and I’m wondering “how is this level of detail even possible?” Rocksteady has truly crafted an amazing open world that feels like a true current-gen experience, and that should be commended. But of course, a budget of multi-millions doesn’t preclude criticism (Michael Bay) — so many facets of Arkham Knight could have been done better.

So don’t wait up, Alfred — I’ll just be aimlessly flying through the streets of Gotham, looking for green dots for an ending I already looked up on YouTube. I think it’s about time to hang up the cowl.