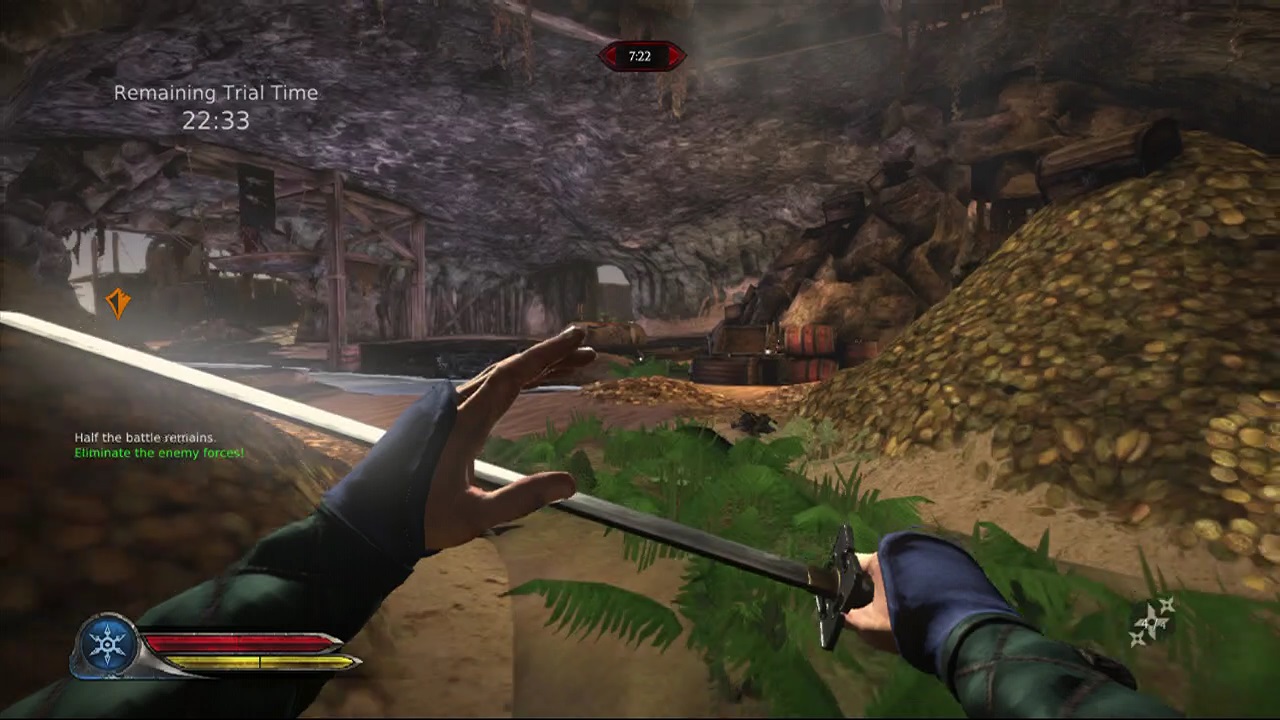 Just as quietly and sneakily as one of its own ninjas, a new Deadliest Warrior game stealth-released on Xbox Live Arcade today. There had not even been a whisper that a follow-up was in the works. After downloading the trial for Deadliest Warrior: Battlegrounds, we’re just as confused as we were when we first heard of the game.

In the summer of 2010, Pipeworks Software and 345 Games put out a fighting game based on Spike TV’s hit show Deadliest Warrior. In 2012, a sequel was released. For all intents and purposes, the only major difference was the roster of fighters.

Five years after the original, Torn Banner Studios — developer of Chivalry: Medieval Warfare — made a game that at first seems like nothing more than a pared-down re-release. Six of the eight warriors are available, according to the game’s description on Xbox.com. It looks like a way to sucker people into buying it either for a new set of Achievements, or just because they didn’t know it ever existed.

Those guesses are all very inaccurate.

Looking into Torn Banner’s history, we find that this is actually the Chivalry: Deadliest Warrior expansion to Medieval Warfare that’s been on Steam for almost two years now. Even the developer’s site and Twitter don’t make any reference to this game’s standalone release.

It’s likely that the Chivalry moniker was dropped in favor of Battlegrounds so as to better resonate with a broader audience. It plays almost identically to the PC release, judging by this trailer. It’s a multiplayer only first-person/over-the-shoulder third-person title. In the demo (and quite possibly the full game), there are seven maps and five game types: free-for all, hold the banner, last team standing, plant the banner, and team deathmatch.

The demo’s limited to 30 minutes, but it’s long enough to get a taste for what Battlegrounds holds. Upon starting a match, you’re asked to select a class of warrior and weapon types. From there, it’s a flurry of people mashing the right trigger in an effort to slowly swing their armament slightly faster than their opponents. Those travelling in packs would usually come out on top. It’s a far cry from the Deadliest Warrior games that first landed on consoles.

Even if a bit of light is shed on where this came from, the mystery still remains of how it released with essentially zero promotion. No one seems to want to talk about Battlegrounds — not even the developers who created it. Sure, it’s a title on an old platform that’s basically just a port of a PC version; still, you’d think someone would send an email or fire off a few tweets. It’s almost like everyone involved isn’t interested in selling any copies, and that’s a very strange (and ill-advised) business model.