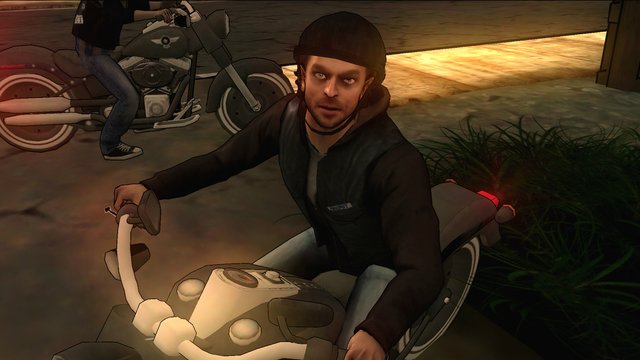 I did some digging

[Update: a representative from Silverback (who presumably saw this article) has responded. They note that “Silverback Games was hired as a consultant to assist with the creative and some of the technical foundation for that series. It is actually Orpheus Interactive’s license and property and they are the ones who will put out subsequent episodes. I wish I could tell you more but I simply do not know what they are up to or what their plan is.”]

In December of 2014, Sons of Anarchy concluded it’s seventh and final season on FX, with a record 6.40 million viewers. Kurt Sutter had created an institution, and among rumblings of a movie and prequel TV spinoff, a videogame was released on iOS in January of 2015. It was…okay, but the catch was that it promised to be an episodic series, much like Telltale’s model. While the initial episode was $1.99, the Season Pass ran users $14.99, and some people sprang for it.

Here’s the problem…there’s been no communication as to when the next episode is coming out, nearly seven months later.

I’ve done a ton of digging this past week, looking for updates from FOX and co-developers Orpheus Interactive and Silverback Games — to no avail. Silverback’s website is barebones, offering up a job application and a contact form. Orpheus’ website seemingly hasn’t been updated since April, when the last support request was answered. Similarly, Orpheus’ Facebook account hasn’t been active since February, the official Twitter account was still “locking down release dates” in April before it went dark, and Silverback Games hasn’t spoken about The Prospect in six months.

As of the time of this writing, I haven’t obtained any responses whatsoever from both developers, and the individual that represented their PR is no longer with the company. People generally get antsy when Telltale doesn’t release an episode for a while, but this is an absurd amount of time to wait for any sort of update.

If it’s coming at all, that is.