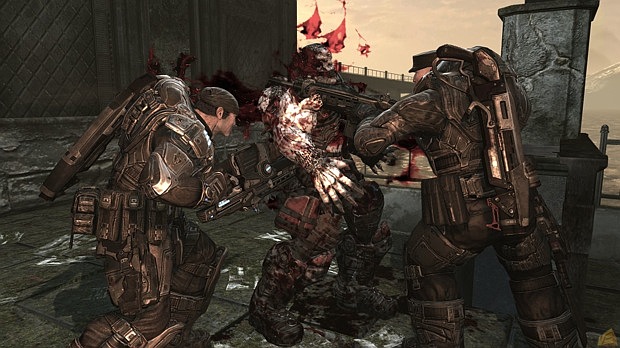 “Jack, rip this door,” a voice says, the words echoing in the tiny chamber. Hot shrapnel flickers and temporarily brightens the dark room Marcus Fenix has been imprisoned in. Once ripped, the door swings wide. Light creeps in. Fenix’s silhouette sweeps across the screen. He’s naked. For the first and only time in the Gears of War series, Fenix is shown without armor. After the scene, the grisly protagonist dons a suit fit for combat. Heavy and bulbous, the metallic plate covers the entirety of his chest and torso, as well as his shoulders, thigh, arms, and legs.

Heavy plate has become a running joke of sorts. We’ve become accustomed to seeing big and burly men wearing equally big and burly armor in our videogames. I recently asked four studios the same two questions in order to figure out why huge or space-like armor appears in their games. The first studio I spoke with is Gears of War developer, Epic Games. Designer Cliff Bleszinski took a few moments to answer via e-mail. 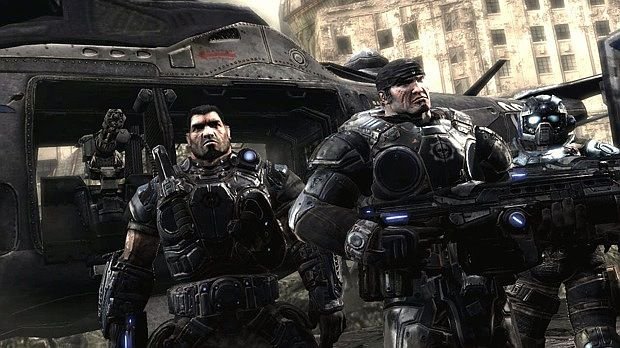 Bleszinski was realistic when I asked what the space armor said about the characters or world it’s based in: “The armor on the characters in Gears of War implies that they’re incredibly strong, resilient, and that they’re shot at on a regular basis,” he said.

But it’s not all about bullets and brutishness. After several iterations, the Epic team settled with armor they felt was “iconic,” and did more than make the men look tough. It was used to reinforce the need to use the game’s cover system.

“We cycled on the armor designs a fair amount until we came to rest on the iconic ‘rounded chestplate/blue emissive’ look,” Bleszinski said. “As with all things in game development, it required many iterations until we found something we all felt was iconic. Above all, it made the characters feel ‘heavy’ so that when the player took cover he really felt like he was slinging a massive entity against a wall.”

Now that I think about it, slamming my back against a barrier was almost as gratifying as crunching facial bones with a melee attack. The armor ended up being a clever bit of design. It provided force and feedback for a non-aggressive combat movement.

Tomorrow, I’ll bring you thoughts from the creators of the Capital Wasteland and the Brotherhood of Steel armor.

Filed under... #Gears of War#Interview