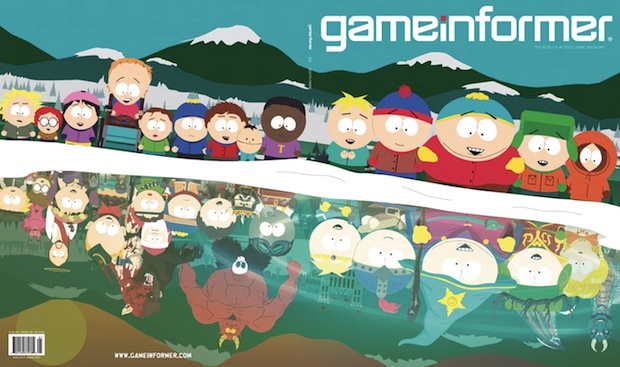 Game Informer’s January cover is of…South Park? Wait, don’t laugh. South Park: The Game is a real game, a collaboration between THQ and Obsidian. This isn’t some crap cash grab, either. Instead you’ll get a full-blown RPG for PS3 and Xbox 360, with series creators Trey Parker and Matt Stone writing the script and performing the dialogue. In it you’ll play as the new kid in town, where you’ll have to make friends and protect the town.

This has to be something to be a cover story. GI says that their January issue will have all the details, including an interview with Parker and Stone.

This could be good.