When the weather is balls-sticking-to-the-side-of-your-leg hot, it can only mean one thing: summer is here. That means trips to the beach, AC running all day and night, the best summer blockbusters, and trips to the many theme parks around the world. In a few years, Super Nintendo World will join The Wizarding World of Harry Potter as literally the only two reasons to go to Universal Studios, the world’s most boring amusement park.

Theme parks have been on my mind a lot recently as every time I end up playing the Blizzard World I wonder what it would be like if that were a real park. Also, I play Roller Coaster Tycoon Classic on my iPad every night before bed, so I’m constantly thinking about amusement park rides, layouts, themes, and everything else. It’s long been a goal of mine to have my own theme park, Dollywood style, but realistically I’ll probably just have to settle for whatever I create in RCT Classic.

But hell, let’s say for one moment that I did someday get handed the keys to my own amusement park and I could set up its theme however I want. What would I build? My go-to answer for it is something based around Nintendo, but seeing as that’s going to be a real park soon enough, I thought about the other video game companies ripe for their own park. So for this week’s Destructoid Discusses Question of the Week, I tasked the Destructoid staff with helping me build the perfect Sega theme park. 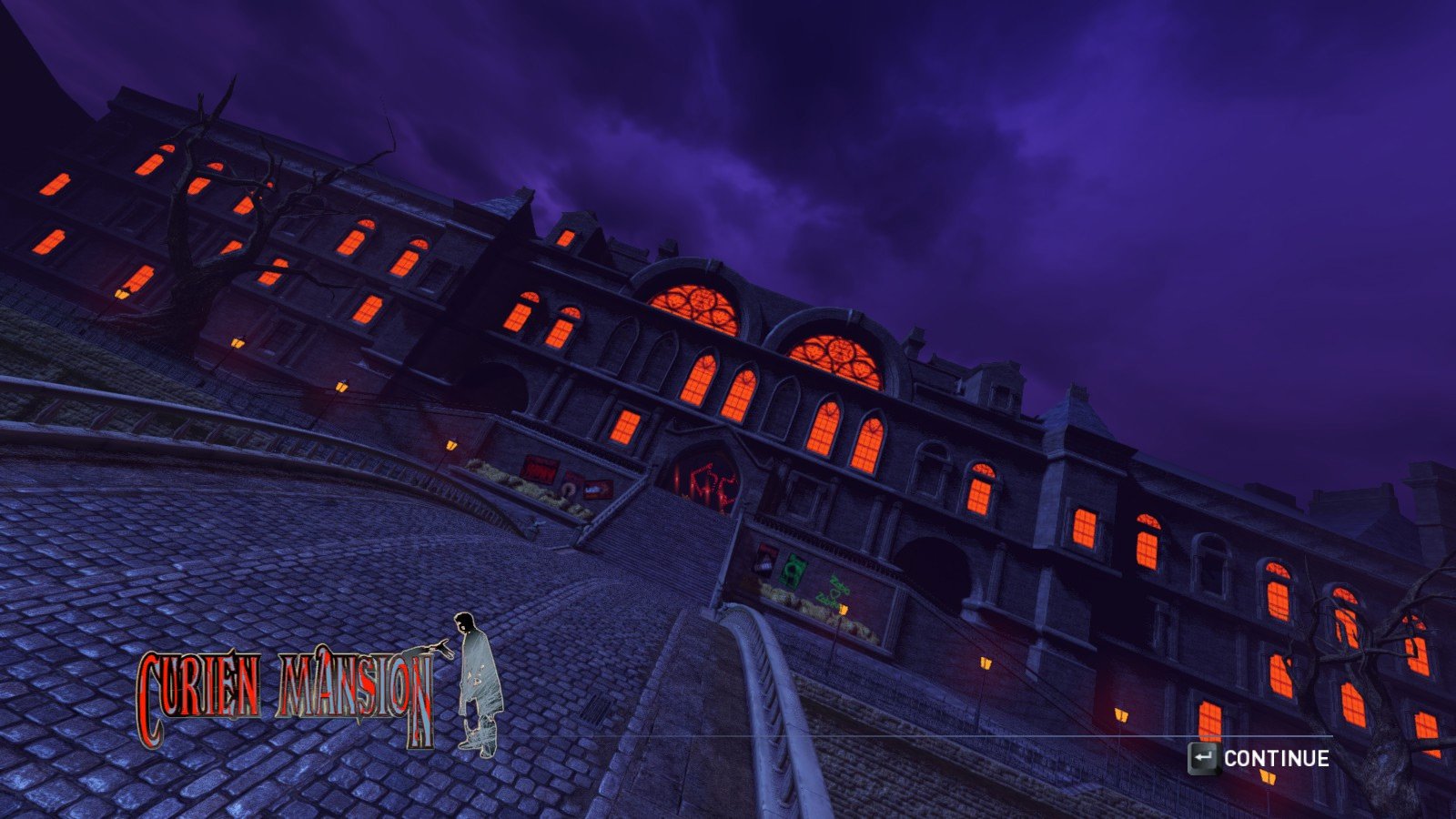 My absolute favorite ride at Disneyland is The Haunted Mansion. It’s not the most thrilling attraction there is and standing in line for it can be a bitch when the sun is beating down on you, but nothing else at the park can compare with its New Orleans aesthetics and timeless presentation. The faux drop once you step inside still gives me goosebumps.

So yeah, naturally the first thing I thought of when drumming up this piece was something modeled after that, and The House of the Dead is the perfect fit for it. Replace the ghosts with zombies, add in some Buzz Lightyear Astro Blasters shooting mechanics and you’re ready for one hell of a ride through Curien Mansion.

They can even include a story as the best non-thrill rides are wont to do. Agent G has sent riders on a secret mission to infiltrate the Mansion and discover what Dr. Roy Curien is up to. Once inside, they find the mansion overrun with zombies, the Chariot, and the Hangedman. As they twist and turn through the corridors of the mansion, riders eventually come face to face with Curien, gunning him down before escaping the mansion into The House of the Dead gift shop where you can buy replica guns and a picture of you shooting the Hermit as it jumped out at you. 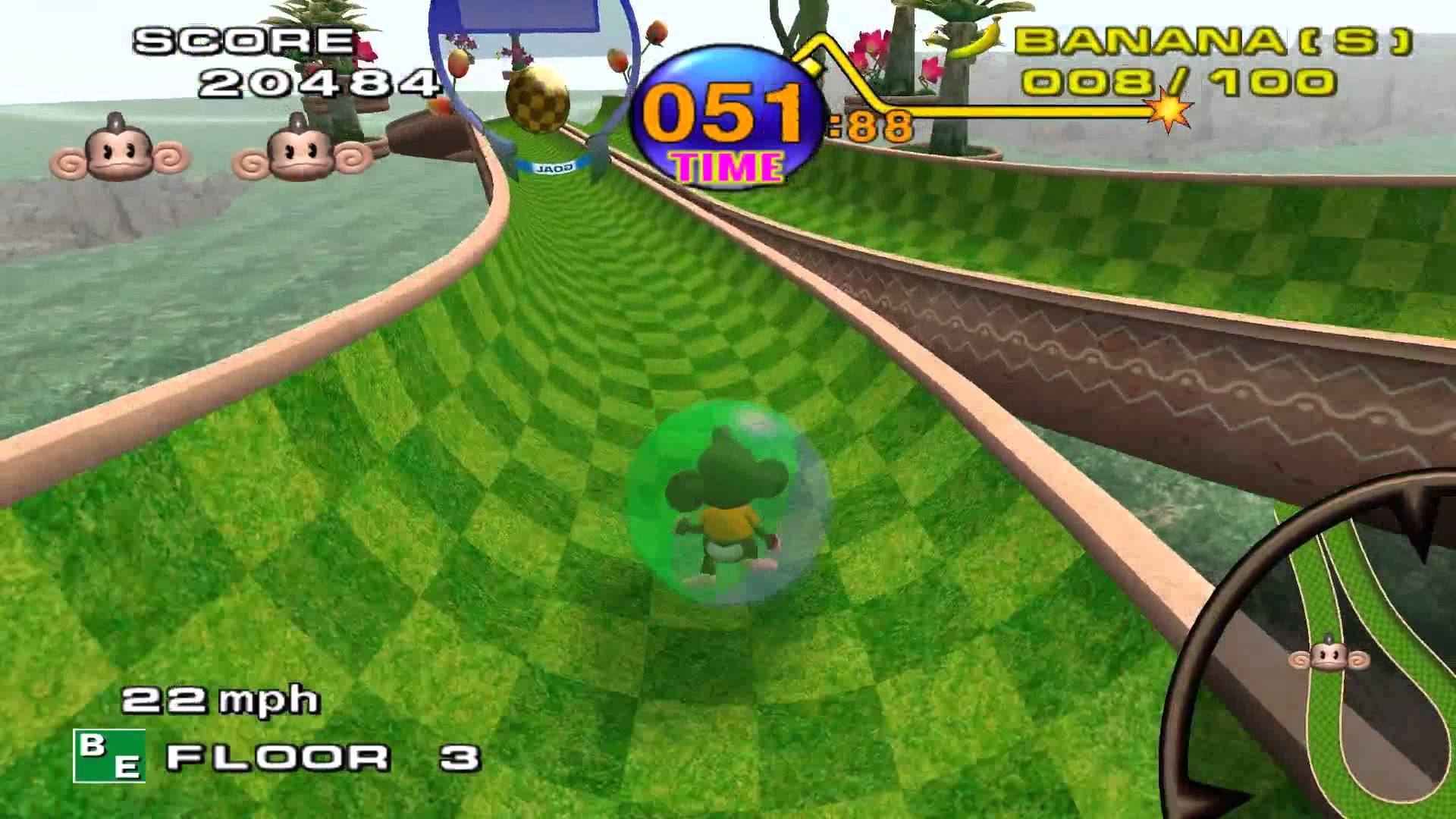 Super Monkey Ball 2 on the GameCube brought me closer to throwing a controller than I’ve ever been in my life. Getting nudged off a track by one of your friends, right as you’re about to win, is the kind of shit that destroys any sense of civility in me. The controls were just tight enough for me to feel in control but too loose for me to actually feel like I fully deserved my loses. All of us would crowd around a tiny tube television knowing damn well that punches would be thrown and curses would be screamed.

That being said, holy fucking shit, incorporating giant human-sized hamster balls into a real-life bumper cars-styled race track would be an absolute blast! I’ve wanted to step into one of those ever since I first saw Wayne Coyne, from the Flaming Lips, march across festival crowds like Jesus on water.

Instead of falling over one hundred feet to your death, when pushed out of bounds, you’d likely just topple into a lazy river sort of moat that might set you back a few feet. Instead of running across a turbo, there could be moving walkways that speed you along. I’d Puffy Daddy my way past contestants like a cocky bastard, and I’d relish every second. 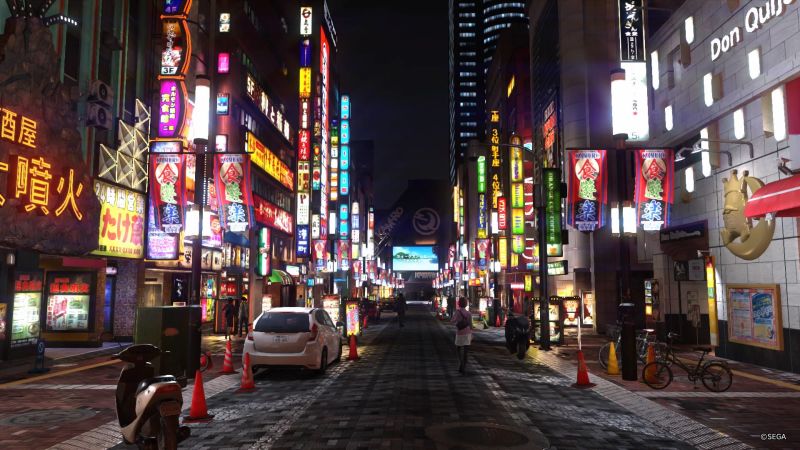 Honestly, would you expect anything less from me? Of course I would pick a Yakuza land. Not only do I think the Yakuza series is the best thing Sega has ever done (fight me, Sonic fans), but the games are already virtual amusement parks. You could easily make recreations of the series’ iconic locations and then populate them with all kinds of restaurants, shopping plazas, pool halls, bowling alleys and an underground coliseum.

Well, maybe not that last part, but Yakuza gives the player so much side activities to do that you wouldn’t even lose the series’ identity by not having random fights on the street. I mean, that would be kind of awesome, but it would also be stupidly dangerous. Now we just need Onomichio-kun walking around and some crazy dude in an eye patch and the theme park would be complete. 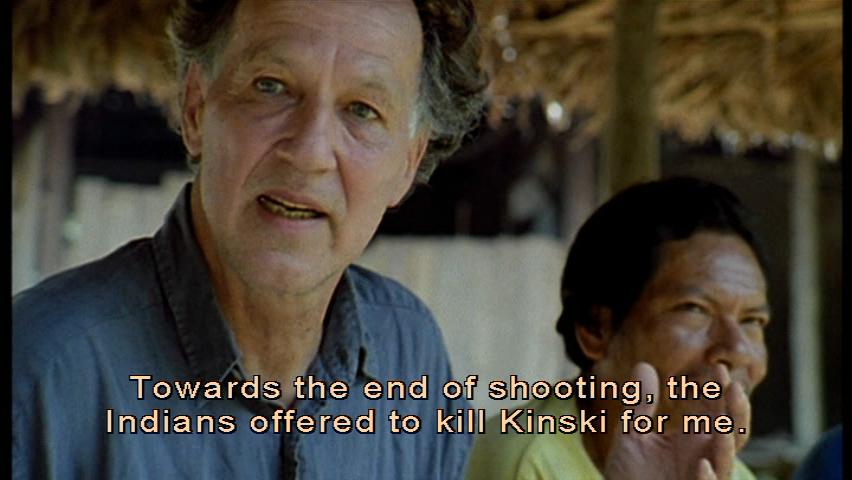 Welcome to the world of Herzog, a place dedicated to exploring the mind and work of film maker Werner Herzog. You start in the Cave of Forgotten Dreams, where the endless darkness is pierced by a dim light illuminating a single cave painting, dating back some 32,000 years. Gaze in awe and despair at seeing how far we have fallen from what our ancestors once held sacred. From there, soundless winds whisk you away to legendary steamship, the Fitzcarraldo! Stand atop her lilting bow as hundreds of Aguaruna people pull her through the jungle, defying both God’s law and the natural order with each groaning step.

Next up on our journey is Aguirre, the Wrath of God’s Fun Time River Raft Roundup. Strap into your seat harness and help Lope de Aguirre, portrayed by a fully animatronic Klaus Kinski, keep the horde of monkeys from overrunning the raft using a facility provided auto crossbow. Only once the rivers run red with monkey blood and Lupe steps into the jungle to be claimed by madness will you finally be allowed to move on. On the last leg of your journey, you will find yourself watching a group of grizzly bears pick through the remnants of a destroyed campsite. Scraps of clothing and shredded leather boots indicate the fate of its inhabitants. There sits a tape player and headphones on a table next to you. One of you must bear witness. One of you must listen. Only then will all of you be allowed to return to the lives you knew, though nothing can ever be the same.

Bring in a Coke Can on Recycle Thursdays at get $5 off the price of your ticket! Children 12 and under get in free! 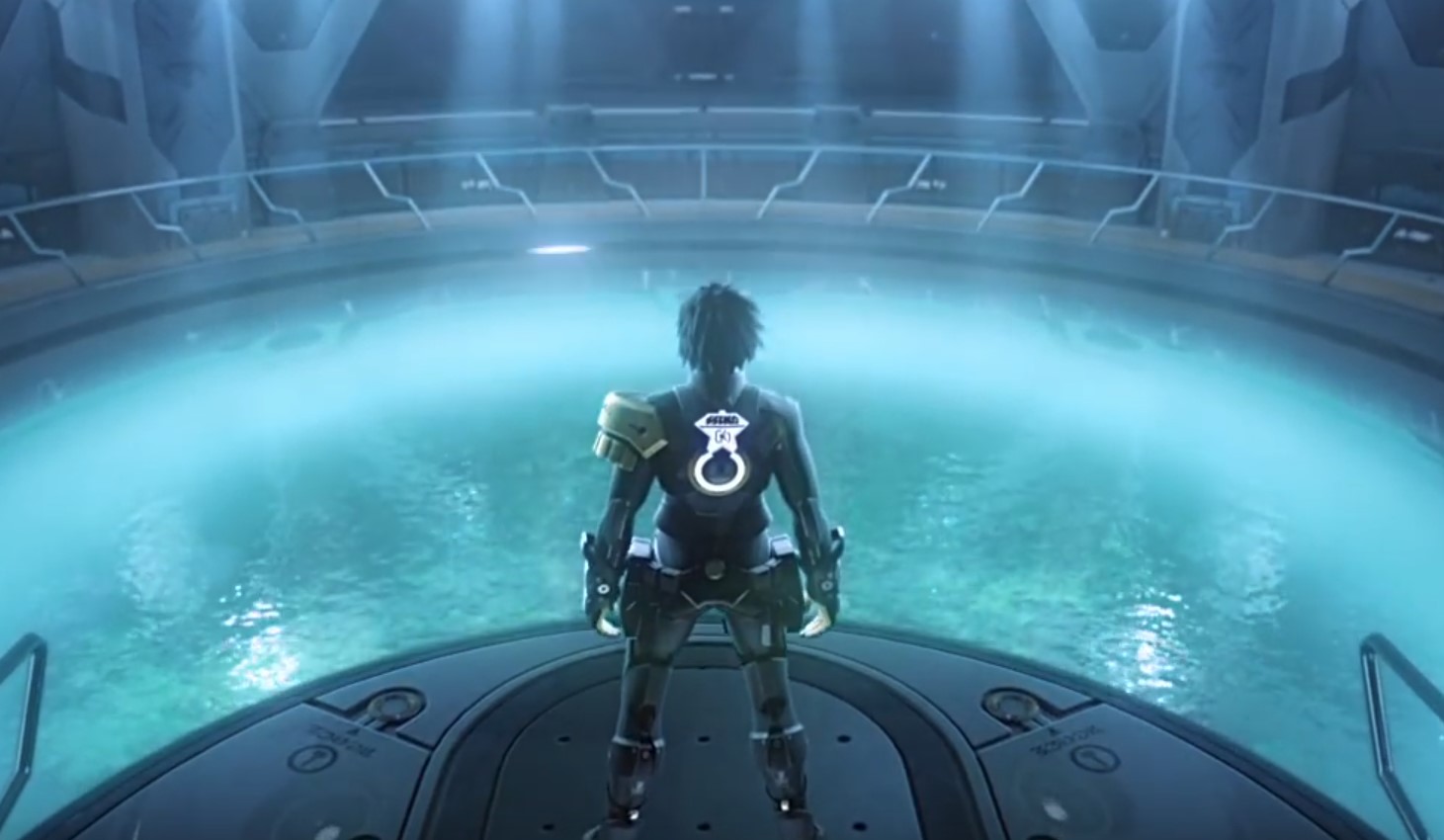 One of the rides that stuck out to me in my first (and only) trip to Disney World about a decade ago was this little Aladdin VR carpet ride. Tiny me never expected to see a bunch of weird looking bikes and helmets with a bunch of Aladdin screens near by, so I took a chance on its line. It was my first ever VR experience, and I was as disoriented and clumsy with my virtual carpet as you’d expect. It was also a really shallow gameplay experience. I think it’s only natural for an AAA video game company like SEGA (or rather, theme park designers working with SEGA) to tackle this concept with more finesse.

Even better, let’s mash it up with a sci-fi series where VR technology is a norm, like Phantasy Star, and use it to build a big VR adventure. Imagine undergoing a VR training program that ‘goes haywire’, forcing you to become an ace hunter and fight through extravagant anime set pieces. Imagine being sucked right into the world of Phantasy Star Online 2, parrying and comboing monsters with lightsabers and lightguns and light…TECHNICs. Or even better, just port Phantasy Star Online 2 to this VR machine and just let people play it! It’s still more likely than us getting a proper PSO2 localization at this point.

If you want me to use this post as anything but an excuse to rally the Phantasy Star fanbase, I think some sort of Sonic roller coaster would be a simple but fun way to play off of the blue blur’s iconic speed and momentum-based gameplay. And Kevin had an objectively awesome idea both in concept and proposed execution, I gotta give him huge kudos for his Super Monkey Ball ride!

As a history nerd, it’s usually the “Ancient Egypt” and “Medieval Castle/Fantasy” zones of various theme parks which attract me the most. If we’re to design a Sega theme park, then there should definitely be a Total War: Zone which celebrates the franchise created by the company’s subsidiary, Creative Assembly. This entire zone will have multiple rides and attractions dedicated to various facets of Total War — with some unique twists.

For instance, you can forget the boring merry-go-round. Say hello to “Cavalry-Tactics-Go-Round” where you can choose the ride you want — from the horses of the nomadic Mongols and Huns to the fine-bred stallions of the Arabians, as well as the bulky destriers of the Teutonic Knights and French lancers. It’s also a hybrid of bumper cars where you can charge your friends opponents.

Remember Waterworld and Pirates of the Carribean? Those are popular shows, true, but they’re fictional. Instead, turn that into a full-on rendition of the Battle of Salamis or the Battle of Trafalgar, complete with ships ramming to each other and thousands of unfortunate but well-paid (and insured) cast members. How about that game at the fair where you need to throw a ball and knock down milk bottles? Who cares about that when you can instead knock down the walls of the park using a motherfucking TREBUCHET?!! The trebuchet memes subreddit will have a field day!

I don’t know about you, but seeing grand strategy turn into a theme park zone will, most definitely, have my consent. Oh, and unruly park visitors will have a badge that says “Pontus.” Why? Because no visitor will ever want to be buddies with fucking Pontus. 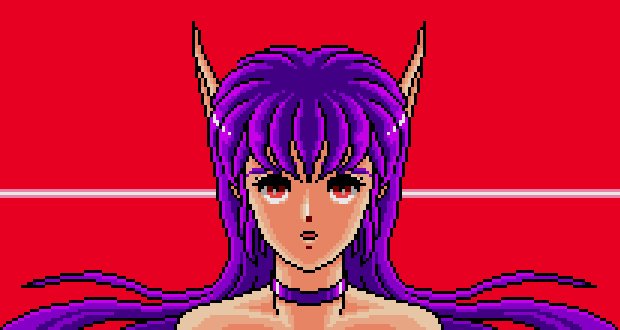 I want a Phantasy Star (not online) 2 for a ride that’s like Pirates of the Caribbean where you see your animatronic cat girl bio-monster pseudo-sister-wife die in the first five minutes then you just sort of wander around uneventfully in different dungeons for the next 20 minutes but the music and monsters are so cool you have fun every time. 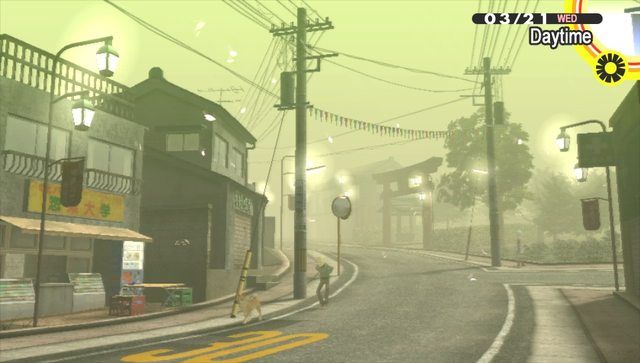 I’d want less of a ride and more of an attraction in the vain of Downtown Disney. The charming little town of Inaba from Persona 4.

You could grab a beef bowl, have the general goods store turn into a bar in the evening, or even pick up one of Kanji’s handmade dolls at the textile shop. Of course, no trip to Inaba would be complete without a trip to Junes to see Teddie.

Let’s just pretend we all thought a Sonic the Hedgehog thrill ride was too obvious for us to mention.