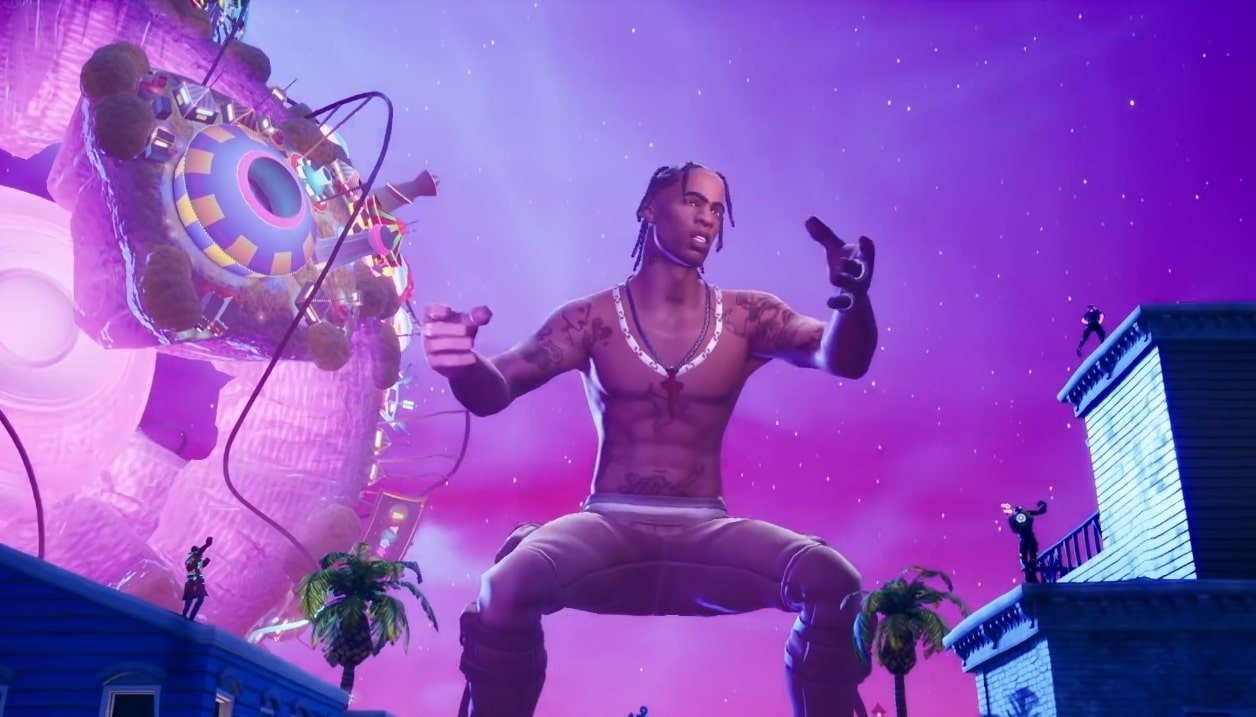 Travis Scott, who has the name of an accountant or a middle manager at a mid-sized investment firm but is actually one of the world’s biggest rappers, held a concert in Fortnite yesterday. As you might expect, it went over tremendously. A unique and interactive event inside a mega-popular video game held by a musician of this magnitude at a time when everyone’s forced to stay inside — that’s a formula that is not going to fuck up. Fortnite smashed its own concurrent users record as 12.3 million people logged on to floss while “Sicko Mode” played.

I don’t say this to seem contrarian or indie-cool or whatever: I don’t listen to Travis Scott and I don’t have Fortnite installed on my computer. But, I’ve seen video of it, and it unironically looks awesome as hell. Epic does an incredible job producing in-game music events that feel like more than just an avatar of an artist digitally singing toward avatars of fans.

It got me thinking: What artist would get me to download Fortnite, log in at a specific time, and watch a concert? As far as personal favorites go, I would do this for: Manchester Orchestra, My Chemical Romance, Jimmy Eat World, Ben Folds, Nas, Death Cab for Cutie, Queens of the Stone Age, and The Beets. Don’t laugh, I’m old!

But, the format affords the opportunity to go older and deader. What posthumous concert would be a bizarre bananas hit? Like, people would turn out to see Hologram Coachella Part 2Pac inside Fortnite, right? Or Jimi Hendrix ripping his Woodstock setlist as people hold flaming mic stands in the air? Or David Bowie singing “Ziggy Stardust” right before the Fortnite Spiders From Mars limited-time mode kicks off?

We can get even weirder! It doesn’t need to be music at all! The next concert could be Bob Ross painting happy little trees. It could be R.L. Stine reading “One Day at HorrorLand.” It could be Bob Barker spinning that big fucking wheel over and over! The sky is the limit because nothing is real. (Except for estates, copyrights, and ownership of intellectual property — that’s all very much real.)

So, back to the original question: What’s your dream event that would get you to boot up Fortnite to watch a digital recreation of something you love?

(By the way, I think I figured out the universal answer. GWAR. The answer is: We want a GWAR concert in Fortnite.)