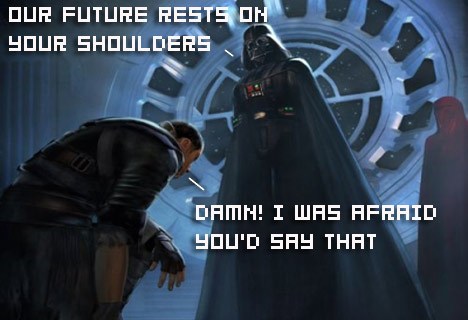 A few weeks ago, LucasArts announced that it was laying off some internal staff as part of its restructuring plans. Yesterday, however, we were shocked to learn that those cuts included key staff that’s been working on The Force Unleashed.

Most surprising of all is that some of the employees who were let go aren’t exactly new to the company, and have worked on such games as Grim Fandango, X-Wing, and Full Throttle. Just why LucasArts decided to trim down this particular team remains unclear, but as on ex-employee pointed out to Joystiq, should fans of The Force Unleashed demand a sequel, there just aren’t enough people left on the team to make it happen at the moment.

While LucasArts could easily go on a hiring spree and make it happen, we have to wonder what it secretly says about the game. Is this a sign that George isn’t feeling as psyched about The Force Unleashed as we are, or is this simply business as usual in our troubled economy?