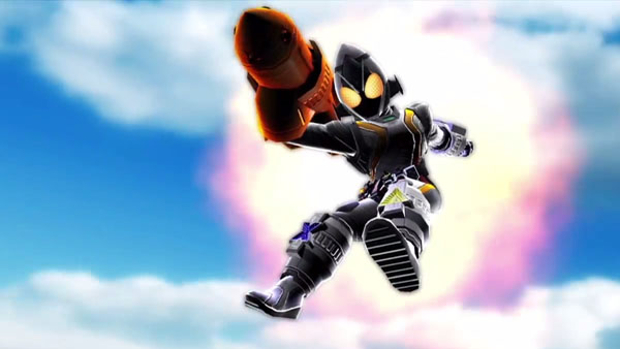 I’m not bitter (I hardly even know her!)

Do we even have an American analog to this? Like if Transformers, Power Rangers, and, uh, another thing did a crossover RPG.

My mind initially went to Speed Racer before remembering that it’s Japanese. Then to Godzilla because they fired a laser at a Godzilla look-alike in the trailer. Then to Android Kikaider, which I’m still convinced is a figment of my imagination even though the internet eventually confirmed its existence even though I spent years trying to find someone else who had watched it.

Anyways, this is nuts outside of the cheap backgrounds.

Super Hero Generation is coming to Japanese PS3s and PS Vitas on October 23.