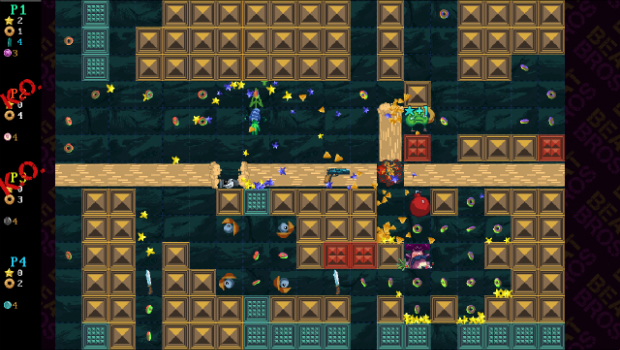 I have watched the video above a couple of times now, but I still do not think I could describe Beat Bros accurately. It looks like developer Ultimate Walrus (of #Snake2 infamy) started making a rhythm-based Bomberman clone, but then went off the deep end somewhere between floating doughnuts and giant snakes. Bonus points for the playable moai head statue.

It actually reminds me most of Spelunky‘s multiplayer mode, in that things happen too quickly to react, and everybody dies within seconds. I get the feeling the “Nobody Wins” message shows up more often than not.

Beat Bros is available now for PC and Ouya.