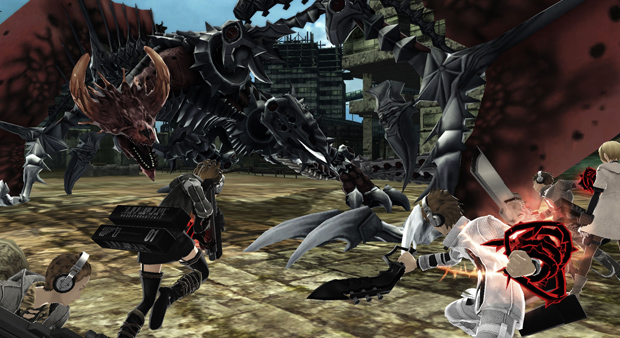 Freedom Wars taught me something!

Ahead of Freedom Wars‘ October 28 release in North America, PlayStation Blog has listed which Panopticons will appear in the Western version of the PS Vita game. A what now?

Think of a building designed in such a way that a person can watch inmates without them knowing when they’re being monitored, and you’ve got the basic concept. Freedom Wars is a third-person action game with many Panopticons — in Japan, there were 47, one for each prefecture.

Players, who are criminals with million-year sentences, can compete with each other in a giant leaderboard-driven turf war. Sounds fun, doesn’t it? There’s going to be 50 Panopticons based on worldwide cities for the Western release. In the US, we’ve got New York City, Los Angeles, Honolulu, Anchorage, Chicago, and Houston. There’s a full list viewable below.

Sony also announced that Freedom Wars will have player-versus-player modes at launch.