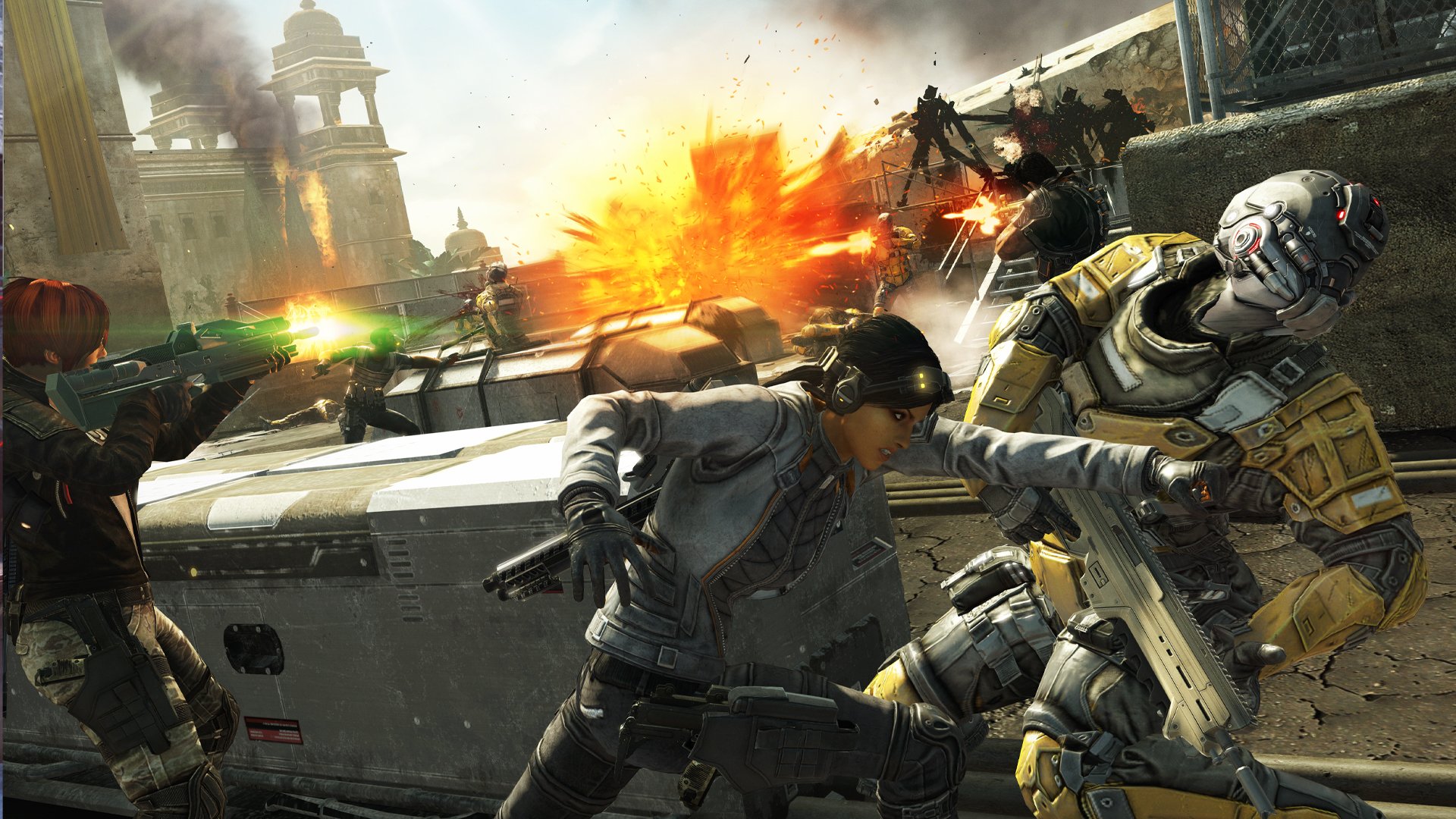 An interview with Ted Price, Insomniac Games Founder and CEO

Fuse is Insomniac Games’ first new intellectual property to release since Resistance: Fall of Man on PlayStation 3 in 2006. Before that, the developer worked on the acclaimed Ratchet & Clank series, famous for its over-the-top arsenal and gameplay.

Now, in 2013, Insomniac is bringing the world its take on the third-person action shooter, and one that is centered around a class-based co-operative experience. Sound slightly familiar? Insomniac has jumped into the co-operative pool in the past with Ratchet & Clank: All 4 One and Resistance 2.

With a ton of weapons under their belt, as well as a successful shooter trilogy, what has Insomniac learned from their past, and how has that helped Fuse’s development?

Lessons learned from the Chimera

First and foremost, Insomniac Games learned that, when making a shooter, things need to feel right, and that goes for mechanics such as aiming, auto-targeting, player movement and how the guns feel. Coming from Resistance, Insomniac was ahead of the curve with knowing how a shooter should play.

“We took those lessons to heart and brought them to Fuse where we have four completely different characters, each with a totally different arsenal of weapons. And we wanted to make sure that, at the very core, shooting is fun.” Ted Price, Insomniac Games Founder and CEO told me.

Naturally, my follow-up question dealt with Fuse’s story, and how telling such creative, fleshed out narratives in Insomniac’s past helped with creating the mythos of Fuse. Price said that, with their past games, the team started focusing more and more on the characters, and that’s something that transitioned over to Fuse.

“We want to keep it interesting for the player to make sure that the people we are presenting are not cardboard cutouts, that they actually do have distinct personalities and they react to events in a believable fashion,” Price said.

“This is a story about four very different agents who are thrown together and are working together to solve challenges, and throughout the story you’ll see how their interactions change.” 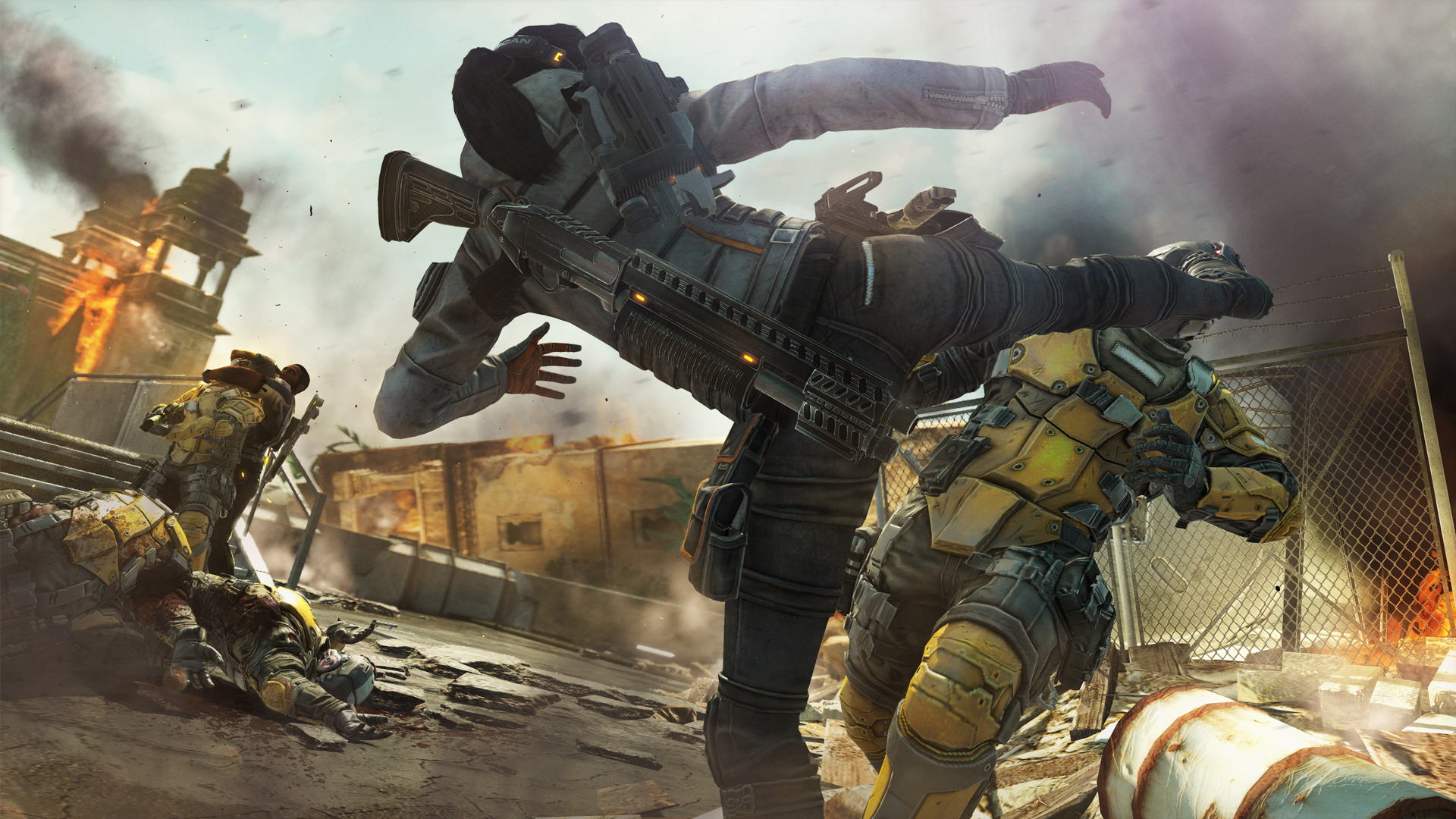 Not really class-based, but characters with “class-based properties”

From the start, Fuse was designed with four-player co-operative play in mind, with Insomniac Games looking to past titles like Ratchet & Clank: All 4 One and Resistance 2’s eight-player co-op mode for inspiration and lessons.

Resistance 2, for example, had what Price called “light class-based archetypes,” or classes that were very one-dimensional and restricted in their roles. A medic could do nothing more than heal, and a tank did nothing more than absorb for the team. Not so with Fuse, which stars characters who are not exclusively class-based, yet have “class-based properties,” as Price explains.

“To use Izzy as an example, she’s great at crowd control, so with her Shattergun she can freeze multiple enemies at once — but she’s also a healer, and one who has varying efficacy as you continue to unlock buffs for her healing ability.”

In addition to a role, and the standard affair of assault rifles, pistols, mini-guns and shotguns littered throughout the game, each of Fuse’s four main characters also have their own unique Fuse-powered weapon, all of which help flesh out the characters even more. Naya Deveraux, for example, is the game’s stealth character, and while her Warp Rifle allows her to cloak herself for flanking and CQC, it also annihilates large groups of enemies by chaining together singularities, or black holes, in which they disappear. This layer of depth transcends Fuse’s entire cast.

“We didn’t want to have a game that just gave you different flavors of a machine gun,” Price said. That would feel too ‘been there, done that’ for us.'”

With Fuse being a new property for Insomniac Games, I asked Price what possibilities the future would bring for the game, granted, if it were received well. After all, the Ratchet & Clank series saw four games on PlayStation 2, a trilogy on PlayStation 3 and the previously mentioned All 4 One. Resistance also became a trilogy. So, what about Fuse? Are ideas already on the back-burner?

“With every IP we’ve created, our intent has been to create a franchise,” Price replied. “And Fuse is a good example of our approach; we love coming up with worlds that don’t follow real-world rules.”

“There’s stuff happening in Fuse that would never take place in a military sim at all. And that allows us to branch out in the future, as well as enjoy the current game, and not adhere to any kind of real world politics or physics restrictions — stuff that a lot more serious games incorporate in their stories and gameplay.”

Fuse will be available on Xbox 360 and PlayStation 3 this March.