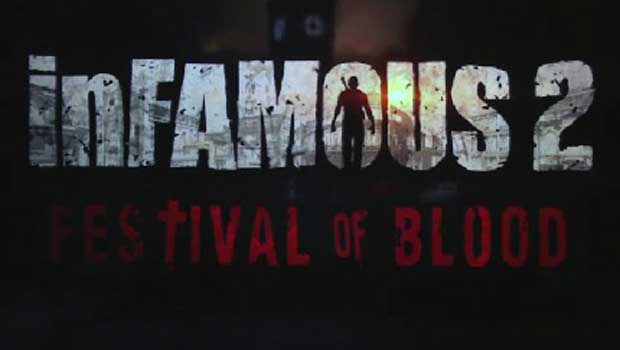 Vampires are everywhere, even in your inFamous. At Sony’s gamescom press conference inFamous 2: Festival of Blood was announced. In this game our hero Cole has been bitten and infected, and only has one night to find and kill the vampire that attacked him. Sony promises new characters, new enemies, “hours of gameplay,” and a look at the darker side of the inFamous universe.

We know nothing else about this title other than it will be a PlayStation Network download.