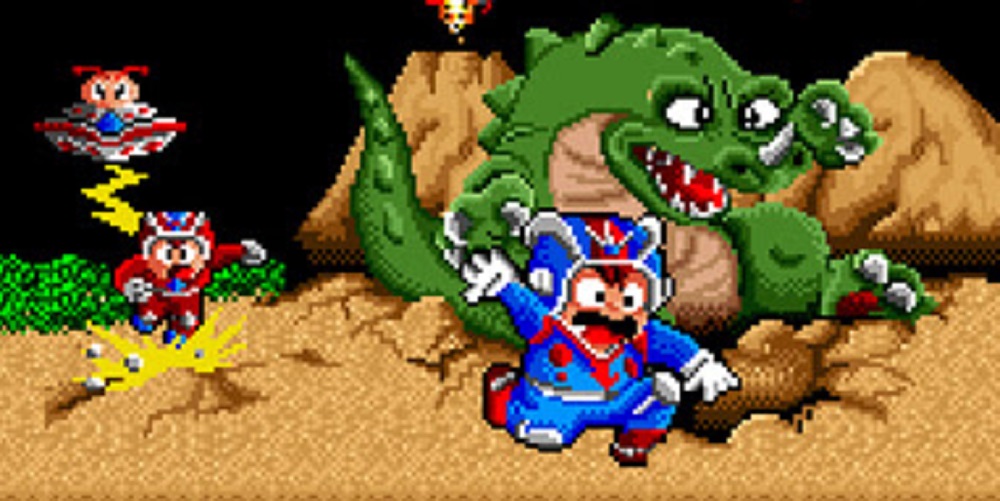 You can buy it on Nintendo Switch, anyway

Hamster have reached into their big bag of oddites this, pulling out a new retro release for Switch owners. Available now for your Nintendo console, its that well-known arcade classic Kid’s Horehore Daisakusen.

What is that? I can’t really help you all that much, as its a classic arcade I don’t think I’ve ever played myself. Released in 1987 by Nihon Bussan, Kid’s Horehore Daiakusen sees players attempting to guide the titular Kid back to the heady 1980’s, having gotten himself lost in the 23rd century.

Controlling the hero through a series of maze-based levels, Kid must avoid his many enemies, which he can eliminate by digging holes then, erm… burying them alive apparently, complete with gravestone. Dark. If that seems a little hardcore, don’t worry, as the cutesy lead can also pick up a flamethrower to simply torch the opposition into oblivion.

Once all the treasure is collected on each level, Kid can collect a key to open the portal to the next time zone. It’s certainly quirky, even if it does fall into the over-satured “maze-chase” mold of ’80s arcades. It was later released on the NES and Game Boy as Booby Kids. If you want to check it out, the Kid’s Horehore Daisakusen is available to download on Nintendo Switch, and was also previously made available on the PS4.