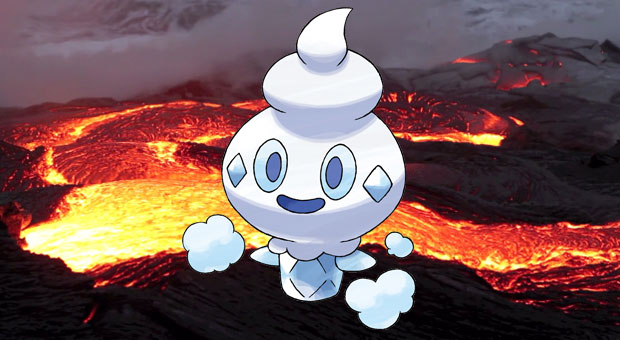 [For the month of August, I have been working at Disney in 90-degree weather outdoors. Usually the weather is a dry heat. Sometimes the weather would spite me with brief rain that only serves to up the humidity. The greatest irony is that sometimes my job was to refill a cooler of ice and drinks. So here is some ice cream to refresh my soul as the weather here in California begins to cool off. ~ Strider]

I don’t know about you guys, but here in upstate New York, it’s hot. Okay, so maybe low 80s isn’t as bad as it gets some places, but the humidity makes up for it. I’ve had ice cream on the mind, and when I decided to write a blog, that was the first thing that came to my head. The only problem is, is that really the thing to do this week? Writing about food? I should do something game related, right?

This was my solution. I know, it’s corny and goofy. Just bear with me. We’ll have a little fun. I’ve taken six of my favorite video game characters and figured out the answer to a question that nobody asked. If these characters were actually ice cream, what kind would they be?

If there’s one game that I can go back to a again and again, it’s Pokemon Red. It’s been one of my favorite games since fifth grade. Even today, I still dig out my copy and play through every couple of years. While I mean no disrespect toward Squirtle or Charmander, my starter of choice has always been good ol’ Bulbasaur.

Bulbasaur is reliable. He is a classic. He is always there. For as far back as I can remember, Bulbasaur has been my reliable pal. You just can’t go wrong with him. In the same way, chocolate peanut butter cup ice cream is my go-to source for delicious goodness. There are plenty of other flavors out there. Some of them are more adventurous, some of them are sweeter, and some are mouthfuls of power. But chocolate peanut butter cup is always there. I know that just like a loyal Pokemon, whenever I walk into my local Stewart’s Shop for a half-gallon of the good stuff, it will be right there for me.

If you think about the three main flavors of ice cream, you probably come up with chocolate, vanilla, and strawberry. If you think harder, you might realize, why strawberry? Chocolate and vanilla are like yin and yang. One is soft and subtle, one is bold. One is light, the other is dark. Then you get to strawberry and you think, why? I mean, it’s understandable that the third flavor would be a fruit. But why strawberry? Why not pineapple, or banana, or orange?

Not that I’m complaining. Everyone loves strawberry, myself included. It’s just that, well, it’s kind of off the wall. Recette from Recettear (which, if you haven’t played, log onto Steam and fix this problem now) is a sweetie. She is absolutely adorable. She’s also absent minded and quirky, bringing a little bit of color to the world around her. The game’s plot finds Recette with an incredible debt she needs to pay off. She has the odds stacked against her, yet somehow manages to pull through. Just like strawberry had its…

Alright, that was a major stretch. You get what I mean.

Link is a Sundae

You know how people sometimes use the word vanilla to mean something that is dull, boring, or generic? I’m not saying Link is any of those things, but he is a silent protagonist, made that way so that the player can project themselves into his shoes. I mean when I play Zelda I games, I usually name him after myself. In the same way, most ice cream sundaes start with vanilla. The thing is, this makes it a blank slate. In the case of sundaes, the important thing isn’t the base, it’s what you put on them. In their own mind, players can make Link as colorful and exciting as they want. When you start with just a basic scoop, you can make it completely to your liking.

This same logic could essentially turn any silent protagonist into an ice cream sundae. It goes double for Link because the metaphor can also apply from a gameplay perspective. In the physical sense, our hero is one of the most versatile characters in gaming. Look at the massive arsenal of weapons and tools he has at his disposal. The endless possibilities of sundae toppings makes this delightful dairy dish a jack of all trades, and if there were any one phrase to describe the hero of time, that would be it.

No, it’s not because they’re kind of the same color.

Alyx is one of the best characters in gaming. I could write an entire separate blog on why. In fact, just do a Google search, you’ll find hundreds of articles already explaining why. In that regard, a root beer float is a unique combination of ice cream and soda. In other words, it has different elements. It has a mixture of traits that gives a rarely seen depth and makes it very well developed overall.

Alyx Vance is lovable. I don’t know any Half-Life fans that don’t like her. In fact, when I was crawling through the subterranean underbelly of City 17 with nothing but Alyx and the gravity gun, I had the time of my life. Alyx is such a well-rounded character that I almost literally started talking back to her. You just have to like her. She’s also exceptionally proficient in combat and is a very reliable partner to have along.

This ice cream-soda hybrid is a great refresher on a hot day. It’s not in your face, it’s just enjoyable. Just like Alyx, it’s sweet, it’s bubbly, and it gets the job done.

In other words, mint makes chocolate its bitch.

The last Kusagari is mostly silent. He has a couple lines of dialogue. That’s okay, he doesn’t need to talk. The Kusagari let’s his actions speak for him, and those words are usually, “You lose.” Mint is a very cooling, breezy flavor. The Kusagari fits that description perfectly: he is calm, cool, collected, and gets the job done. In fact, if I were to sum up both the Kusagari and mint in one word, that would be sleek. When you dig your scooper into a carton of mint ice cream, you can almost hear that metal-on-metal shing! sound. You know, like a sword being pulled from it scabbard?

Which is also the last sound the Kusagari’s enemies hear before they get a chest full of steel. Unless, of course, he decides to give them a face full of lead instead.

Sora is a Rocket Pop

Sora is a pretty happy-go-lucky fellow. He is friendly, he is devoted, and he’s also pretty down to earth. He’s a well-rounded hero, in other words. So why does that make him a three-colored popsicle? Well, popsicles, unlike ice cream, are pretty basic. They are sweet, but not too sweet. They are lovable, but not giddy. There are no qualms about them. Unlike ice cream, popsicles don’t involve any complicated processes or anything. They are just frozen juice on a stick. It’s about as down to earth as it gets.

Still, neither of these are to be underestimated. Popsicles are just what you need to cool you off, while Sora is the perfect hero who you can always depend on to be there for you fight the monsters. I guess what I’m trying to say is, both Sora and a rocket pop are like your buddy. They are nice, well rounded, and its great to have them by your side.

It’s late July [Ed. note: when this was originally published]. It’s the dog days of summer. The ice cream windows are bound to be booming in business. I could go for a bowl right now. So next time you get yourself a cone, think to yourself, if this were a game character, who would it be?

Or you could not do that. Because its weird. I know it is, you don’t have to pretend it isn’t. So thank you for reading through this bonkers idea and dealing with these painfully forced analogies. Let me ask you, if your favorite video game character was ice cream, what would he/she be?