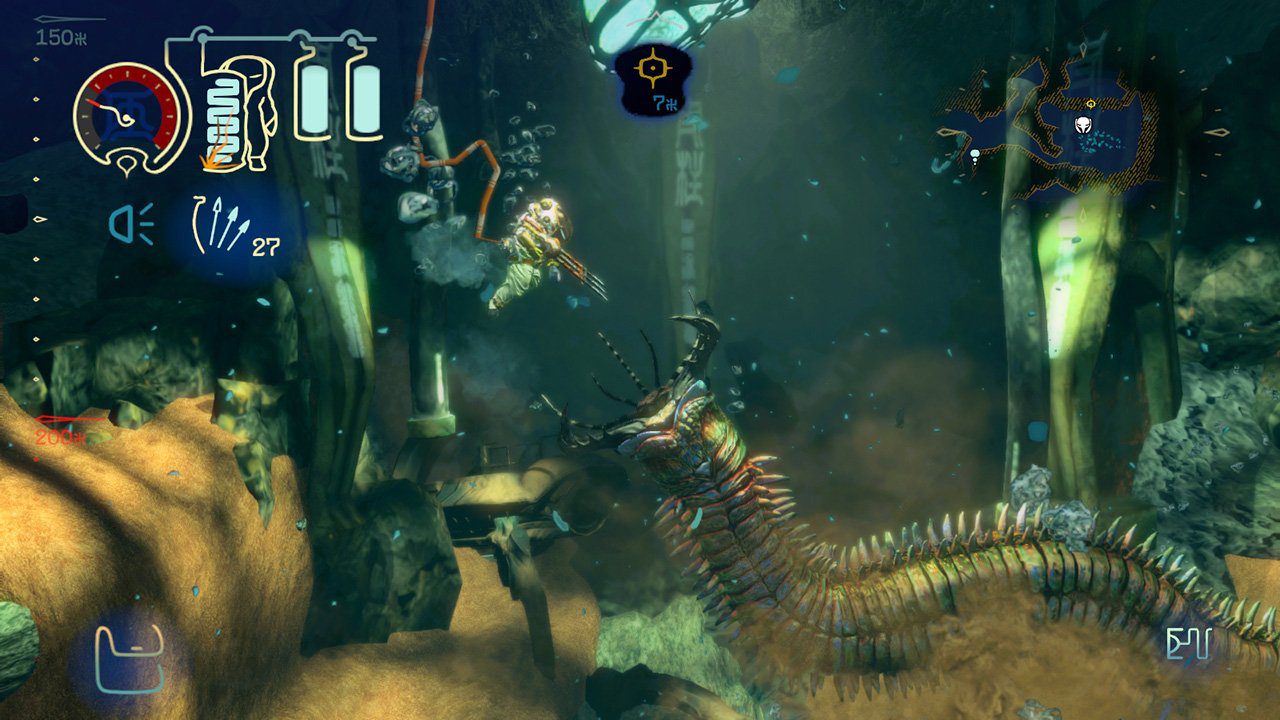 There’s a lot of good answers, so let’s find them

It feels super strange to pick a Capcom title as one of my favorite overlooked games of 2020 when there are far more obscure gems to suggest, but I’m doing it. I’m going with Shinsekai anyway.

Shinsekai: Into the Depths originally launched in 2019 as an Apple Arcade exclusive before coming to Nintendo Switch in March 2020. That less-than-ideal rollout caused the game to slip through the cracks on multiple fronts – for many metroidvania fans, it was the right game on the wrong platform. By the time it came to Switch, it wasn’t necessarily “too little, too late,” but many of us were busy elsewhere.

Whenever or wherever you play it, though, Shinsekai is a cool game. It’s a more survival-oriented underwater metroidvania rather than the usual combat-heavy power fantasy. There’s this exciting sense of danger to its propulsion-based movement, and the thought of recklessly busting your explorer’s extra oxygen tanks can even make routine item-nabbing expeditions feel threatening.

On paper, that might sound overbearing, but Capcom mostly strikes the right balance. I also love the context the setting brings. Rather than use video-game-y doors (which I’m fine with!), certain areas are “gated off” simply because the pressure is too intense for your suit to handle. Nothing feels phoned in.

For something lighter, I’d also suggest the single-sitting narrative adventure Wide Ocean Big Jacket. It’s adorable. I might’ve picked 13 Sentinels: Aegis Rim or Wasteland 3, but I haven’t gotten to them yet.

What other games were overlooked in 2020? Which ones never seem to come up in conversation?

Bonus points if you include a screenshot or gif that encapsulates the feeling of playing the game.