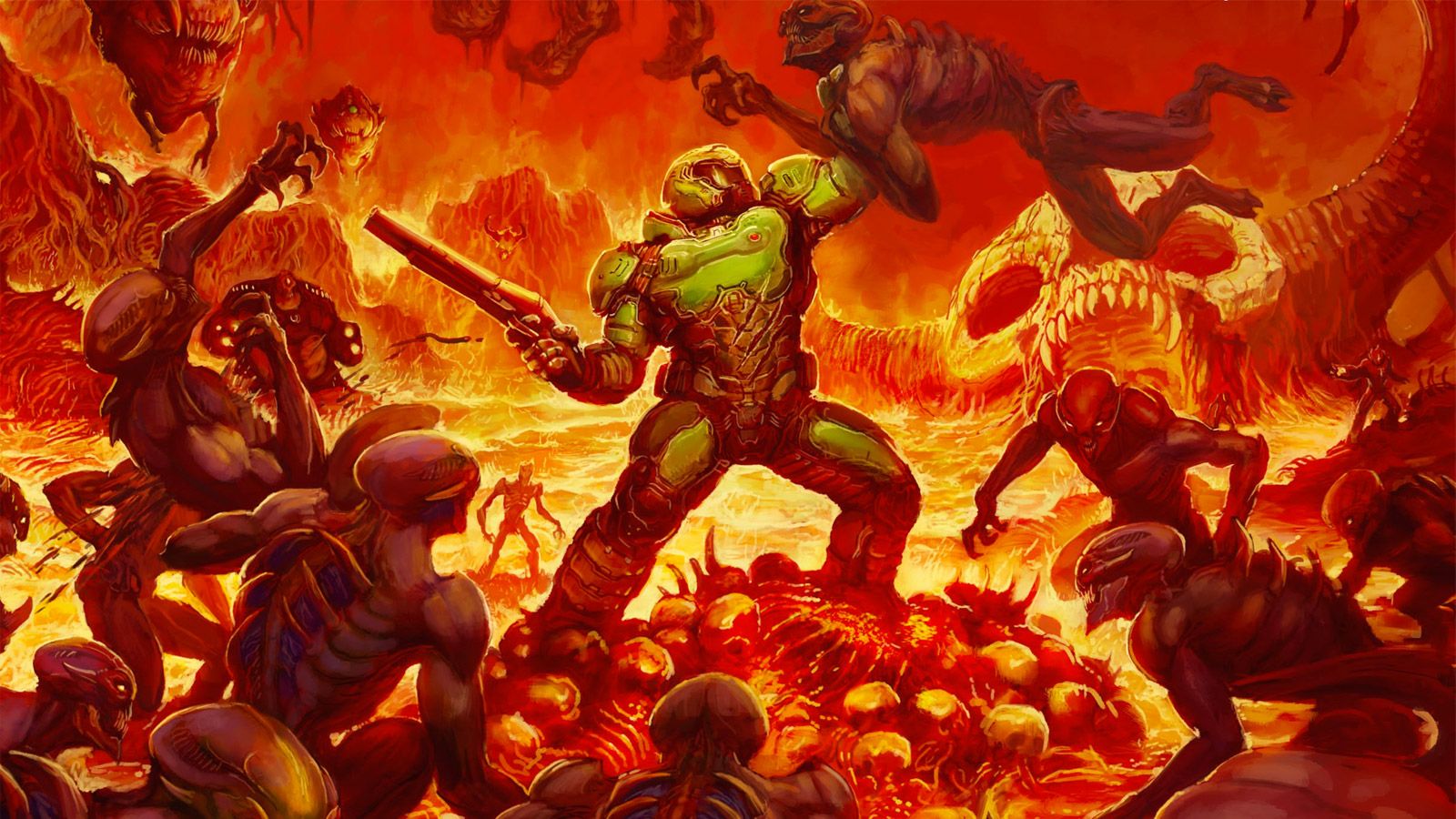 Nintendo has finally revealed its next console, the Nintendo Switch. I, for one, am glad we can stop calling it the damn NX. In the days leading up to the reveal, almost everyone was skeptical that Nintendo would be showing off anything worth getting excited about.

Then Nintendo showed us the concept of the Switch and almost everyone got excited. Leave it to Nintendo to know how to really get under the skin of even the most jaded fans in order to elicit a positive reaction. I’m sure anyone using social media saw the reveal teaser posted multiple times on their feeds (Yes grandma, I’ve heard of the Switch).

That’s not to say everyone was convinced. After all, the Wii U left a resounding thud reverberating in our ear holes. But what did the community think of what was showed off in the reveal video? Personally, I like Nintendo enough to just be excited to play a new piece of hardware from them. But I am extremely curious where Nintendo’s game development departments go when this hybrid home console/handheld system comes out to probably be Nintendo’s newest horse in the race with no distinction between having a console platform or portable device. And besides, having a controller that seamlessly detaches and re-attaches into multiple configurations to fit the need with a portable screen is just slick.

Gamemaniac3434 said,
Personally, I was a bit surprised by the system-it actually looks pretty well made and it has some interesting value due to its portable features. The portable component and its controllers that slide on and off is interesting as well, with cartridges making their way back from mobile gaming systems. There has also been a pretty decent lineup of support listed, though time will tell if that holds, and seeing Skyrim run on it is an intriguing gambit. After the Wii U flopping, I’m guessing that Nintendo is going to have to hit the ground running here, and make sure there’s no early life game drought but this system has a lot more of my interest than I thought it would-more than the Wii U at launch did as well. Times going to tell if it’s a system worth getting, and I have a feeling it’s not going to be cheap but I’ll keep an eye out, which is more than I could say before its trailer.

n0signal said,
I’m already picking up Breath of the Wild on my Wii U, already have Splatoon, Mario Kart 8, already have Skyrim, etc. So I guess until I see something new (like maybe more of that new Mario game) I’m not hyping myself too much.

Then again, allegedly From Software is signed up! Show me what they’re doing for Switch! Or how about Atlus, who are also signed up.

GoofierBrute is excited.
I’m really excited for it, more so than usual. It looks nice, the “gimmick” for the console is actually something I could see myself using, and the number of third parties that are on board is rather impressive. I don’t know if I would get it on day one, but it’s definitely nice to see Nintendo play to its strengths this time, which is the handheld.

dephoenix isn’t sold.
I’m still not sold on it, to be honest. Concept-wise it seems okay, but lots of concepts are better on paper than they are in actuality. I won’t know for sure until I get to try one out, so hopefully Nintendo will find a way to give people a chance to try it out. Knowing them though, the only demo model will be at the Nintendo World Store, and only 500 people will get to try it.

3) And can I import my Streetpass plaza data to it?

4) Also, what about my badges from Nintendo Badge Arcade?

BE CAREFUL YOU ANSWER NINTENDO

Nathan D has certain needs.
Never was interested in portable gaming, so the Switch doesn’t appeal to me at all in that sense. If I’m going to play a game, I’m going to do it in an environment that I can get fully comfortable in where I know I can play as long as I want without being interrupted and free from distractions.

WesBITEStacos is playing it safe.
The name is pretty horrible, but the whole thing has me pretty amped up. I want to see how differently games run in mobile and console modes, though. If the gameplay suffers because I’m playing it on the toilet, what’s the use?

Elsa seems intrigued despite not having a stake in the matter.
As someone who has never played a Nintendo game (went from early PC gaming with Zork to a Dreamcast and then to Xbox/Playstation) I have to admit that the flexibility of the system has me intrigued and interested. My concern would be third party support. Nintendo always claims to have third party support… but often it seems to fade away and the games often seem to end up as crippled ports. If the Switch will play the same games (in the same manner) as the XB1 or PS4, and the support doesn’t fade away… then the console would probably end up sitting beside my TV.

I like the portable option and I like that the main console looks to have a regular controller, which gives me hope that 3rd party ports would be identical to other console versions.

Torchman doesn’t want to be swayed.
It was a solid beginning. A clear cut message of ‘This is what we want to achieve and build our console around’. Showing that Kart, Mario, Zelda, and Splatoon, regardless of port or new entry, along with 2K NBA and Skyrim would be there was a good step for showing they could meet the needs of hardcore fans and casual fans this time. I think it’s a great concept, to be honest, and if they can pull it off then I’m excited.

However, they have to keep that momentum going, and the lack of further info is preventing me from being all in. What’s the price like? What else is there for the launch window from Nintendo and 3rd parties, especially given the large profile releases in February and March on the PS4? What’s the OS like? Is it region free so I can enjoy games that I’m interested in like Super Robot Wars? Battery life?

It’s great that they finally showed it, but it’s hard to be excited without seeing more of it.

Lewd Master Ninja is the only person I’ve seen to pose this concern.
… to me the big elephant in the room has not been solved yet , Nintendo online shopping and account management sucks.

Purchases are tied with consoles and we are in 2016 this is not really acceptable anymore .

We need a real web environment for our Nintendo stuff and they need to evolve with that fast (since Sony and Microsoft got their games together some good 10-8 years ago) I don’t wanna pay the third time for the same set of Nintendo emulated games on the Switch, this really needs to change ASAP.

Danghost isn’t terribly excited by Nintendo’s clean cut image, but there’s interest in the tech.
Switch isn’t the best name ever, but it’s way better than Wii and especially Wii U. Not only does it not immediately make me think of urine, it effectively conveys the idea that you switch between handheld and home system, which also happens to be a pretty neat feature. I think the device has some cool potential.

Clickonthewhatnow remembers a certain feature we hate to see locked out.
All I need for them to do is make it region-free. Whether it is or not determines whether it will ever be a purchase. Eventually, because I’m not going to be an early adopter of anything Nintendo until it’s proven whether or not there is actually third party support. Heck, even a Nintendo title only console – both portable and home in one – would eventually make it into my home, once it sees a price drop.

Fuzunga confirmed to be transient.
I know a lot of people say they don’t want the “AAA console experience” on the go or that it doesn’t work, but the Switch ought to satisfy everybody by being able to play both kinds of games. I’ve been living out of a hotel for over a month while some work gets done at my house, and, believe me, I WISH the Switch already existed. I really miss being able to have the “full” gaming experience, and the Switch would be just what I need right now. I could have plucked it from the dock at home, slung it over my shoulder and have been ready to easily get the at-home experience in my hotel room. Like I said, if I could play the same games as the competition but be able to take them with me, I would buy the Switch version every time.

Voodoome is an adult, real talk.
This console greatly appeals to me as a busy person with many friends that also enjoy gaming. I’ve been finding myself playing a lot more Vita and a lot less PS4 now a days, but the Vita never lived up to the AAA experience on the go that they promised. If Nintendo is able to deliver on that promise alone then this is a slam dunk as far as I’m concerned. It instantly becomes the best portable option on the market. At a minimum.

… I just don’t have the kind of time to sit down in my living room all the time and play a big huge AAA release. Now I have the option and that’s very exciting to me. I hope it takes off.

FlanxLycanth isn’t really feeling it.
As a hybrid device, I’m not feeling it.

As a handheld? I’m interested. I don’t dig this hybrid idea. I want a solid home console device or a solid portable device. Having the capability to do both usually, means one side is limited by the other. For me, a system like this will never be used on its dock with a TV so I’d much prefer a full power handheld to justify that or a full power console I can use at home.

Sonic429 is waiting on hardware specs, seriously.
Speaking of specs, that’s probably the biggest question I do have. What exactly are we looking at? Yes, it has a Tegra chip and is “based on the same architecture as the world’s top-performing GeForce gaming graphics cards” but that’s pretty vague.

So there you have it, most of the community responses to the reveal of the Nintendo Switch. Of course, what’s to stop you, lovely reader, from throwing your own input into the Destructoid comment hat?