The story is amazing

I finished the single player story of Senran Kagura: Estival Versus last week. Last year, I would’ve never imagined myself playing a game that seems to lean so heavily on selling the game based on stripping the clothing off of anime girls. But, after a crisis of faith due to seeing quite a few streams and videos of its gameplay, my curiosity was piqued. 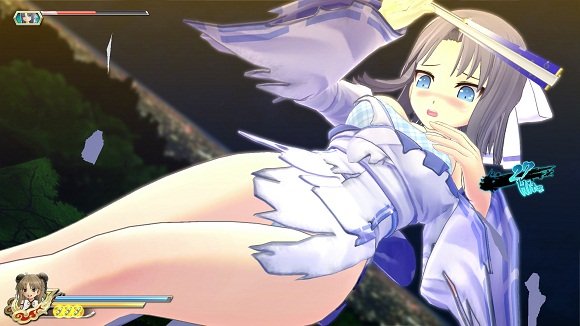 Much of Destructoid’s readership is no stranger to anime too, but there’s no telling where the line which shall not be crossed is for any one person. So, I asked the community for their personal opinions on fanservice games, if they’ve played any, or if there were any that they’ve ever expressed interest in trying.

GiantTabby knows when to not take things seriously:

I personally don’t mind lewd games. While I’m pretty shameless about liking Senran Kagura’s fan service, it’s usually the colorful happy-go-lucky tone and fast-paced gameplay that draws me in. And now we can look forward to the third person shooter with water guns and bikinis. :-3

To my memory, the most “lewd” series I really enjoyed were the Neptunia games (I played Rebirth 1 and 2) and Record of Agarest War.
I might try Senran Kagura one of these days.

There was a doujin game called “Shota X Monsters” that combined the Pokemon ‘catch them all’ mechanics with the shotacon subgenre of the yaoi branch (look it up).

For example: the “Goblin” class of enemies has five different types and one “Goblin King” to rule them all. While the Goblin King is a decent fighter on his own, his true worth shines if you put him in a party composed of his fellow brethren: he can do follow-up attacks to other Goblin’s attacks, enhanced their ATK and DEF, and even coordinate with them for a special attack that will decimate even the Stage Bosses for the low, low price of 10 MP.

The game is loaded with awesome ideas I have never seen in any commercial JRPG since Chrono Trigger, and if you can overlook the lewdness (and the shota-ness), you’ll be guaranteed to have a good time! 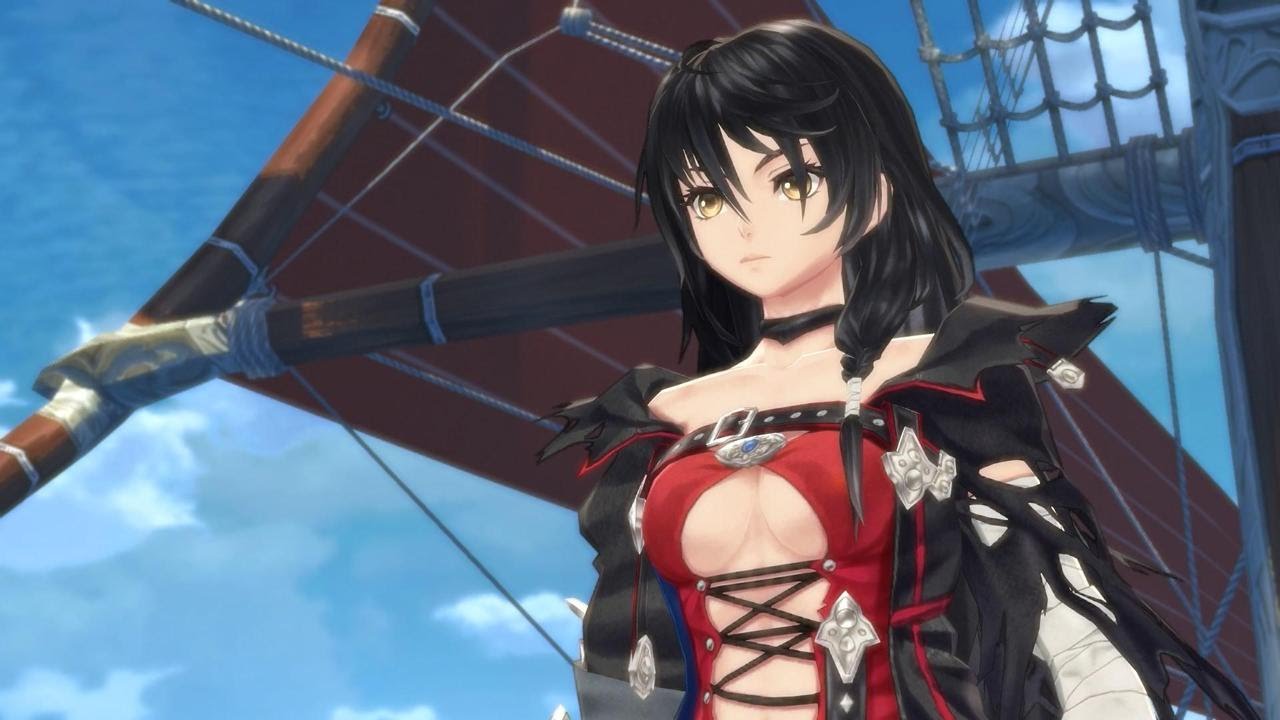 Vadicta has seen some things on the Internet:

I once played a Flash game where you were Goku pile-driving Bulma naked and screaming into the ground using your dick. At the end, you performed a Cumehameha, and the screen splattered to white.

That was a good game.

FakePlasticTree knows the importance of Bayonetta:

Don’t care for them. I don’t mind expressive sexuality, especially if it the design compliments the writing. Examples like Bayonetta, and how she revels in her own sexuality and uses it as an effective weapon against her enemies, while also being comfortable with herself, and the way she is. Lewd character designs for the sake being lewd are jarring and annoy me. So, I guess what I’m saying is that I don’t care for games like Senran, Dead or Alive etc.

Lord Spencer threw in a Seinfeld reference just because:

I don’t mind sexiness in a game if its part of the greater package (see Bayonetta). However, I do have an issue getting into games that push that aspect front and center. Similar to how I won’t watch Ecchi Anime as regular entertainment, I won’t play Ecchi games for regular playing time.

It’s like the Seinfeld episode where George fused his love of sex with his love of food, and ended up ruining his appetite for both.

I’m religious so I’m not playing this kinda game anytime soon. That said, Senran Kagura does seem to have good gameplay, and some great artwork. As for me I’m just gonna play Warriors Orochi 3 Ultimate for my Musou Madness, after all, there’s nothing sexy about that, right, right!?!

Kerrik52 has my first mention of Katawa Shoujo:

I haven’t really sought any out, and I’m not sure that I’d like them. It’d take some magnificent writing before I’d get into a lewd game. But if I found such a game, I might just fall in love.

Katawa Shoujo is the only one that has come close, and that was pretty good. Mostly because the lewdness was optional and not reeking of desperation. But that was still a visual novel, leaving little space for gameplay.

I still want lewd games to be accepted and profitable, so that the medium can move beyond Sakura Spirit as the standard for a “sexy” game. Also, more beefcake for the ladies!

As far as currently available lewd games are concerned: Gameplay first. Everything else second. 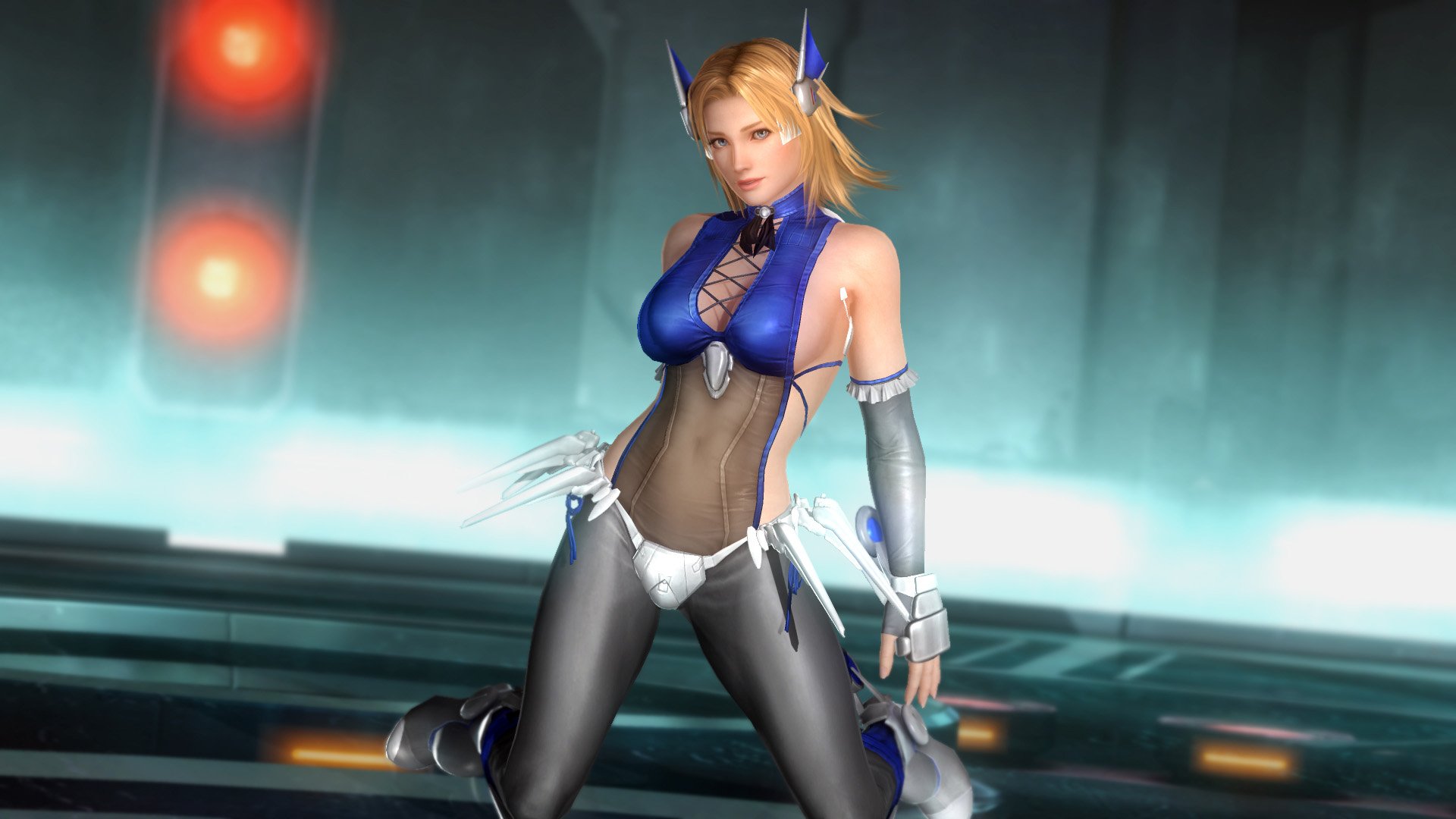 I don’t mind them, sometimes I enjoy them for what they are, but it’s not something I go out of my way to play. I do want to buy Dungeon Travelers 2, I tried the demo and thought that it was solid, and the lewd content was nice. as for Senran Kagura, it’s a fine series of action games, I played a couple of the games and think that they are fine, just not my favorite.

Which did you pick up, if you mind me asking?

I absolutely loved the stories in the 3DS titles, especially Burst’s (The Hejibo arc in particular was really well done IMO) but I just can’t get into the Musou/Hack and Slash ones that much. Too much fanservice IMO and not enough proper story and character development from what I’ve played so far. Doesn’t help I loath the large majority of the new characters in those, especially Yumi.

As for the question, because I fear that my wall of text might be too big and Disqus might throw it up, I might be putting it into a C-Blog. Because I kinda want to do it this time. Mainly because Queen’s Blade, Queen’s Gate and Super Heroine Chronicle are all critically-flawed guilty pleasures. SHC2 with later seasons of Symphogear, Nanoha, Precure, Sailor Moon and Carcaptor Sakura never.

I think Senran Kagura is the only lewd game I’ve played? Maybe there’s been another. But anyways, I would recommend it. It’s fun! As with most games I think so long as you have an open mind to it you’ll enjoy it.

And I mentioned before my opinion on lewd games. I think they are fine and what’s important is that there is a variety. Everyone wins when we can have both lewd and non-lewd games.

GameManiac3434 wants to test the limits of his curiosity:

Mmmm…. interesting question. I’m actually somewhat interested in Peach Beach Splash out of morbid curiosity in regards to the franchise and the gameplay concept, so if that reviews well and some peoples around here get it I might grab it just to see one of these games in action on my console. Other than that nothing overly lewd comes to mind in terms of things I’ve played that have stuck with me beyond being played.

And as for lewdness in games, yeah pretty much context matters but for the most part I’m fine with it.

DwavenHobble clarified my vision of lewd versus fanservice:

Oh those games are entry level lewd lol the real lewd games are on Patreon.

Also on the subject, screw it people can play what they like lewd games don’t hugely bother me but I don’t actively seek them out unless I’m actually looking to spank the monkey and I hear the game isn’t just lewd but goes nude. 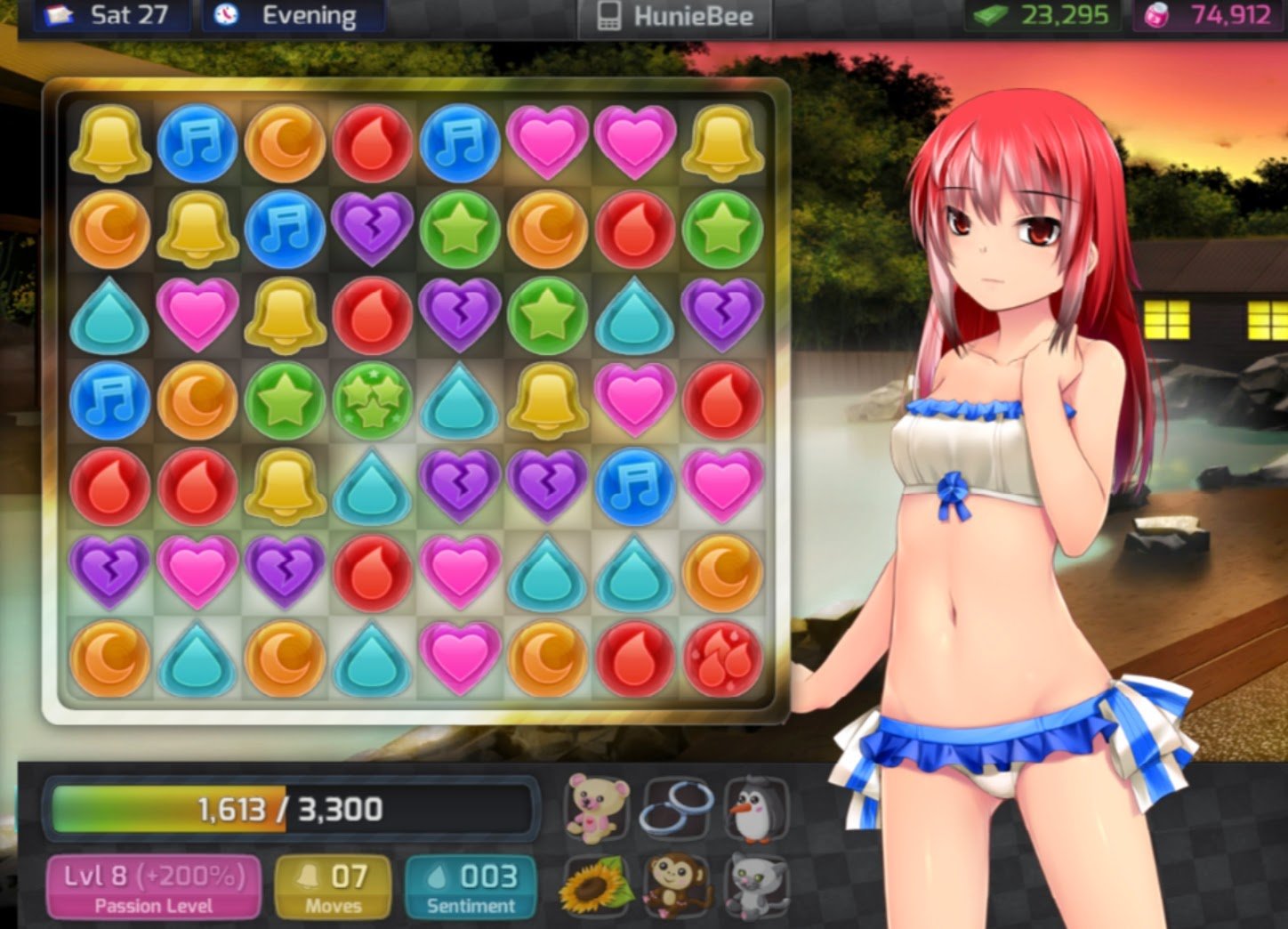 Senran Kagura’s a welcome series to me, for mechanics and for moé and for micro-clothing all. Got no problems with VNs like Nekopara and Katawa Shoujo, either, just that I vastly prefer more interactively engaging products. The Witcher series at times presents the human body in hardly modest contexts, yet I’ve never taken umbrage to its casual depiction – more so its execution. As it stands, it can be tough not to wince at basically *all* VG depictions of intercourse thus far.

If the game’s no fun to play or shoddily crafted, however, I’m out. Titillation’s a facet, not a crux.

Looking forward, I would encourage a broader range of sensual (esp. unexaggerated) situations and characters in games, in terms of appealing to additional audiences. Be it more steamy male exposure, more straightforward LGBT exposure, or simply casually-sloshed 40-something Uncle Samson snoozin’ on the sofa with his mast unsheathed, face fewer fears for unfurling flesh.

Senran Kagura initially caught my interest mostly for the character designs, sure, but the gameplay seemed to at least be serviceable. Then I finally decided to jump in, bought the first 3DS game and, over 50 hours later, I had a blast playing it. And I was positively impressed in how much of an effort there is to have a story and characters. Some hits, some misses, but it is there.

Since then I’ve bought basically every game that’s come out (except Bon Appetit!). I prefer the 3DS games more “serious” and focused approach to having the characters develop and interact in meaningful manners, but the Versus series is fun to play as well and I hope they can continue making them concurrently.

I’ve also recently played Onechanbara Z2 Chaos, which, despite being a freaking mess, I can’t say I didn’t have fun. Especially when I got more weapons and combos unlocked and turned off my expectations of Bayonetta-like gameplay.

In regard to “lewd games” in general, I won’t care much if the lewdness is the only objective, but if it’s just an element, even if the most prevalent one, that won’t stop me from giving it a go.

And lastly, SrChurros had the most involved answer:

I usually don’t like it at all, depending on the level it can be either a dealbreaker or just a minor annoyance. There are two main reasons for that: one of them is more “noble”, and the other one isn’t so.

‘So, is there a lewd game you’d recommend?’ I think Soul Calibur 2 and 3 are the bee’s knees. 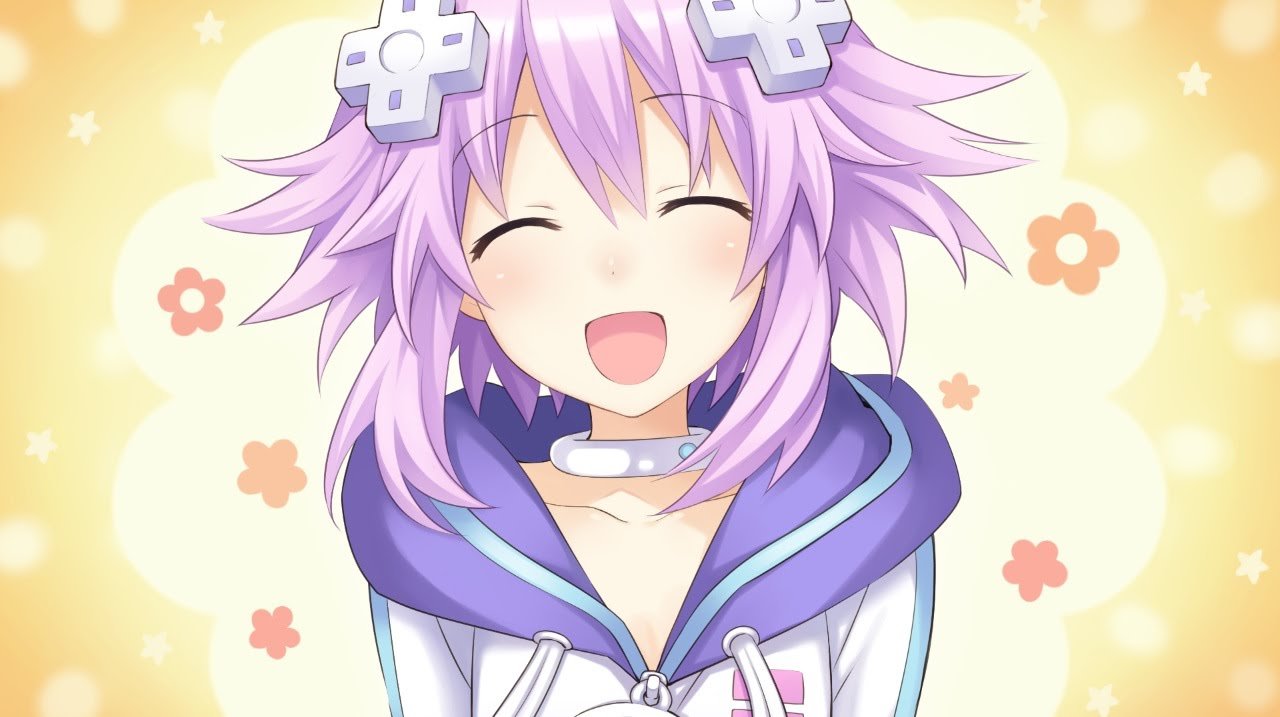