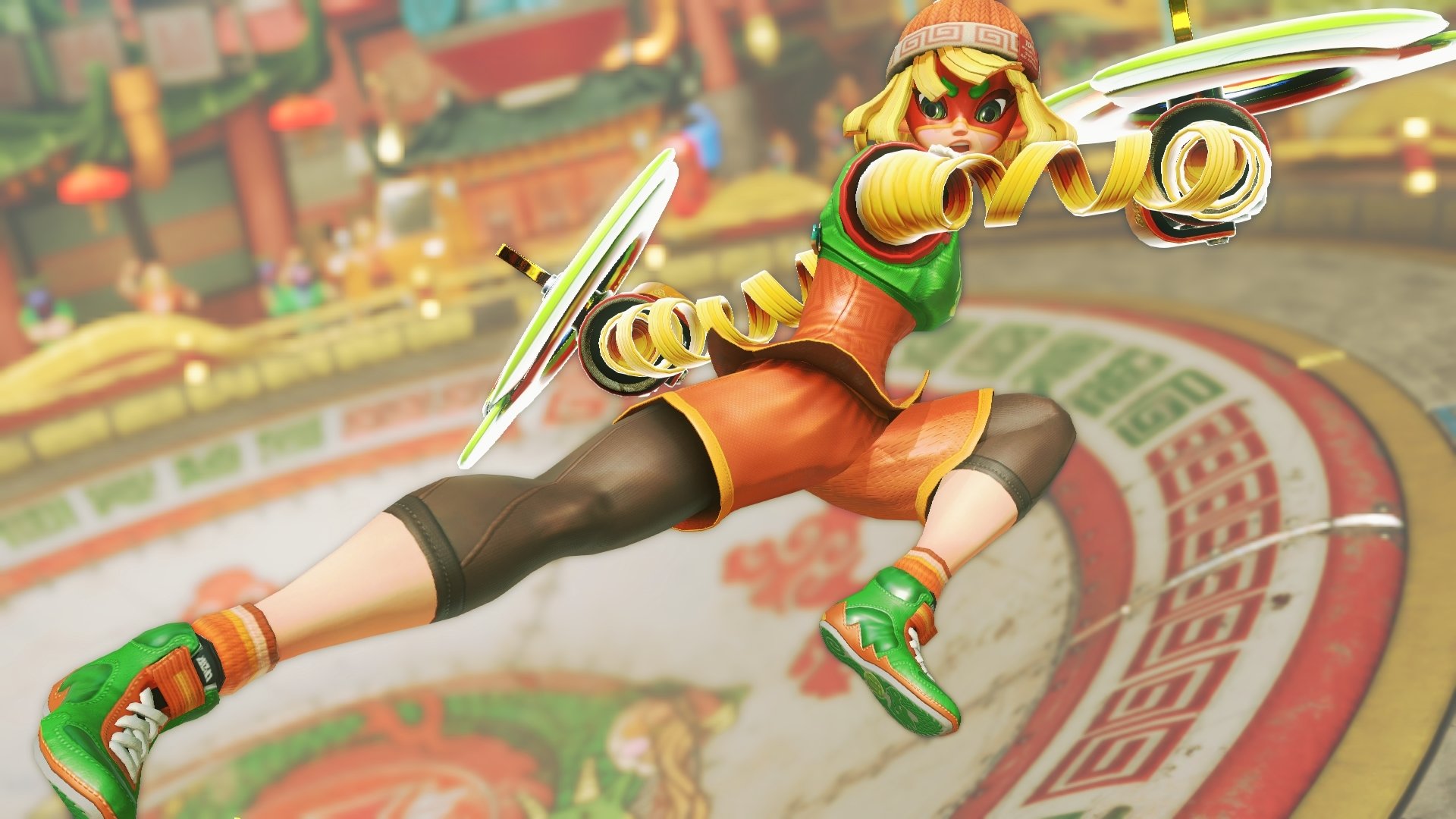 Thank you, based Min Min

To me, ARMS looks like a game born out of the philosophy that gave birth to the breakout hit that was Splatoon. It is a game with a sharp visual design that doesn’t skimp on color. It’s also a game with a simple conceit that has a hidden pool of skill, rich with mechanics and strategy. Also just like Splatoon, it seems relatively bare for content but promises a steady stream of free DLC to keep refreshing the game.

Whether it’s a casual enjoyment of the game, a deeper dive into the competitive ladder, or even the deepest of dives as Nintendo seems poised to make ARMS a part of its unique eSports scene, ARMS is a very interesting arrival of a game for the Switch. It’ll be interesting to see where the cultural zeitgeist goes in categorizing it, as there isn’t quite anything like it right now. It’s a behind-the-head view combat game that focuses on outmaneuvering with quick dashes and fancy footwork while the majority of the offense are exchanged over a long range. There’s even the classic rock-paper-scissors dynamic at play with punches beating throws, throws beating guards, and guards stopping punches. 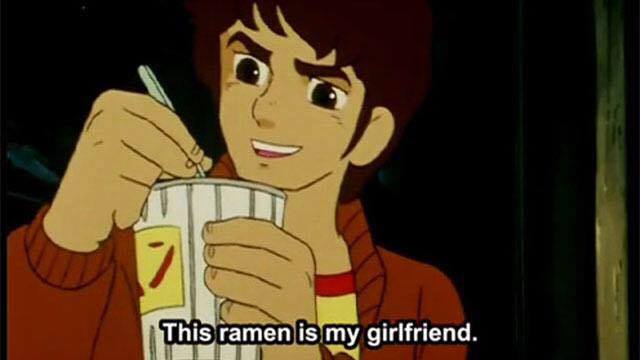 And of course it wouldn’t be a Nintendo game without easily recognizable characters, from the pop star, Ribbon Girl, to an ancient mummy awakened, Master Mummy, and even a blob with boxing gloves, Helix. If it wasn’t immediately obvious, Min Min is my favorite and I have a feeling I’m not the only one. Meanwhile, you can’t talk about ARMS without mentioning Twintelle, the de facto best girl and spokesperson of thicc. Maybe ARMS isn’t a must-have game attach to Switch units, but it’s a damn fine game on its own merits.

So I asked the community for their thoughts on this brand-spanking new IP and fighting game from Nintendo. Who is your favorite character and who is your main to take to ranked mode? Are you diving deep to see how far your skill can go or are you partying it up with in V-Ball mode? And what kind of expectations do you have for it’s post-launch life? Here’s what some community members are saying about ARMS. 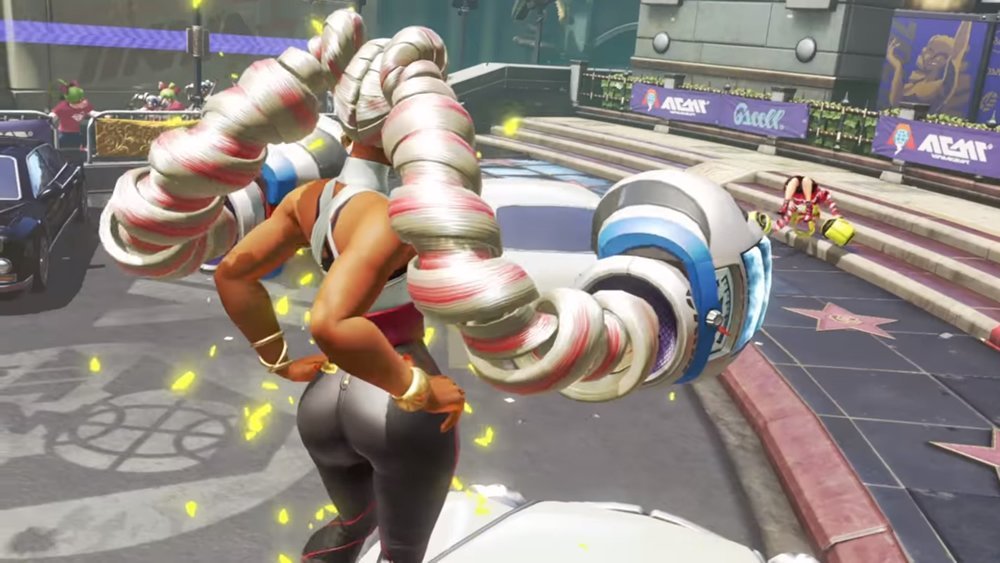 It’s a lot of fun. It’s simple enough that my nephew can play, but it has enough depth that it keeps me coming back to it. I use Min Min, her dragon arm lets you have a constant charge and that can be used to incredible effect. I’m excited to see what else they’re going to add in over time after Max Brass.

RiffRaff hopes for the best on ARMS‘ future:

I’m loving it. So far I’ve been maining Min Min as I find the powered up left arm with a dragon arm really gives a lot of control as to where you want to push your opponent.

I’m hoping N treat it like Splatoon and give a healthy drip of new characters, maps, and modes. But with what there is already I’ve gotten about 40 hours and see many more in the future.

Jonathan Holmes would like to remind us that Punch-Out could’ve existed but it’s okay:

I like it! It’s probably what we’re getting instead of a new Punch-Out game, and I’m OK with that.

Sure would be nice if the single-player had more unique content though.

DeadMoon is enjoying the Switch, that’s for sure:

I went with Twintelle because she suites my playstyle well. I especially like her ability to hover after jumping! It’s such a small thing, but it makes a huge difference when you’re trying to throw off your opponent’s flow! It leaves a lot of folks open for an easy hit/grab.

I really like how the game encourages you to switch ARMS between opponents and rounds too. Once I started doing that, I noticed myself getting a lot more wins. Same as the hover mechanic, the smallest little changeup can make a HUGE difference towards victory. Sometimes I’ll even keep the exact same ARMS but switch which side they’re on just to fuck with people’s heads! (It tends to change the delivery of my combos too because I’ve noticed that I prefer leading with a right punch.)

My friends and I have been having a really great time with the game! Between Mario Kart, ARMS, and Splatoon, we’ve got our weekend multiplayer sessions pretty much covered for the next few months!

So far I’m up to doing Level 5 in Grand Prix and it’s been really good so far. I find Max Brass to be more of a pain than Hedlok, oddly enough. Also Twintelle is the best, that aerial charge is a godsend and helps keep things unpredictable. I wish you could reassign the block button as it’s a pain to have it on the movement/arm curve stick. Due to the placement, I will just play without even blocking and just rely on doing my best to not get hit which is a sound tactic but I’d love to be able to block in a pinch without having to click down the stick. Other than that and lowering the cost of timers, I love this game.

Mike Sounders has some technical criticism on hand:

By that I mean the Versus mode. There’s a very solid selection of modes there at this time, but a lack of customization hurts the potential of the Versus suite as a whole. Why can I not have more control over how large the health bars are? Why can’t I choose a timer length besides 99 or infinite like many other fighting games? Why can’t I choose what items are on or off like Smash? Why can’t I control how fast the Rush gauge increases? The lack of control over V-Ball and Hoops are ridiculous however. You should be able to control the score to win, no excuses.

Coins gained should be increased by +1 or +2 as well. It takes too long to get a decent amount for a run at getting ARMS without going into GP. Which is important due to the RNG nature of who gets new ARMS in that mode. I showed it to my little cousin over the weekend, and he was really excited to try Mechanica! Only to find out that they aren’t great with her ARMS due to being a little harder to use, and Mechanica had no others to swap to because, despite going through it 3 times, RNG unlocking screwed that character over. He settled into playing with the other characters, but I could tell it had a negative impact on how he felt about the game.

But if they fix those, it’ll be a great versus suite, and it’ll be a little easier to prep ARMS for a larger group of people.

I haven’t had time to do the single-player yet, but It is a great Family game.

I busted it out during our 4th of July celebration and everyone had a great time playing it. It’s a little harder to grasp for the older folk but given time they can manage, otherwise it’s simple and easy to pick up and play. The younger kids went crazy for it, and for those of us who were older, well we didn’t go easy on them. As a matter of fact we destroyed them, however the important thing is everyone had fun taking turns, and more importantly watching others play in this case. I feel games like this that want some of the esports juice need to not only be fun for the players but also the viewers. ARMS is that kind of game.

For me personally I play Ninjara. I like his design and the small aerial teleport he has. In general I like the variety of characters, though I sort of wish there was more in the way of unlockable characters. I just like those unique events that net you a character. It’s something that is becoming quite rare these days which I think is a shame, but what can you do.

Hopefully they continue to support the game much further down the line, even further than Splatoon.

Dennis Carden has a setup on lock down:

I’ve been playing Twintelle with Master Mummy’s Phoenix and Mechanica’s Revolver. It’s been a pretty reliable little setup so far.

GajKnight knows the secrets to life:

I like arms very much, they help me pick up things and mast-, I mean, shake hands.