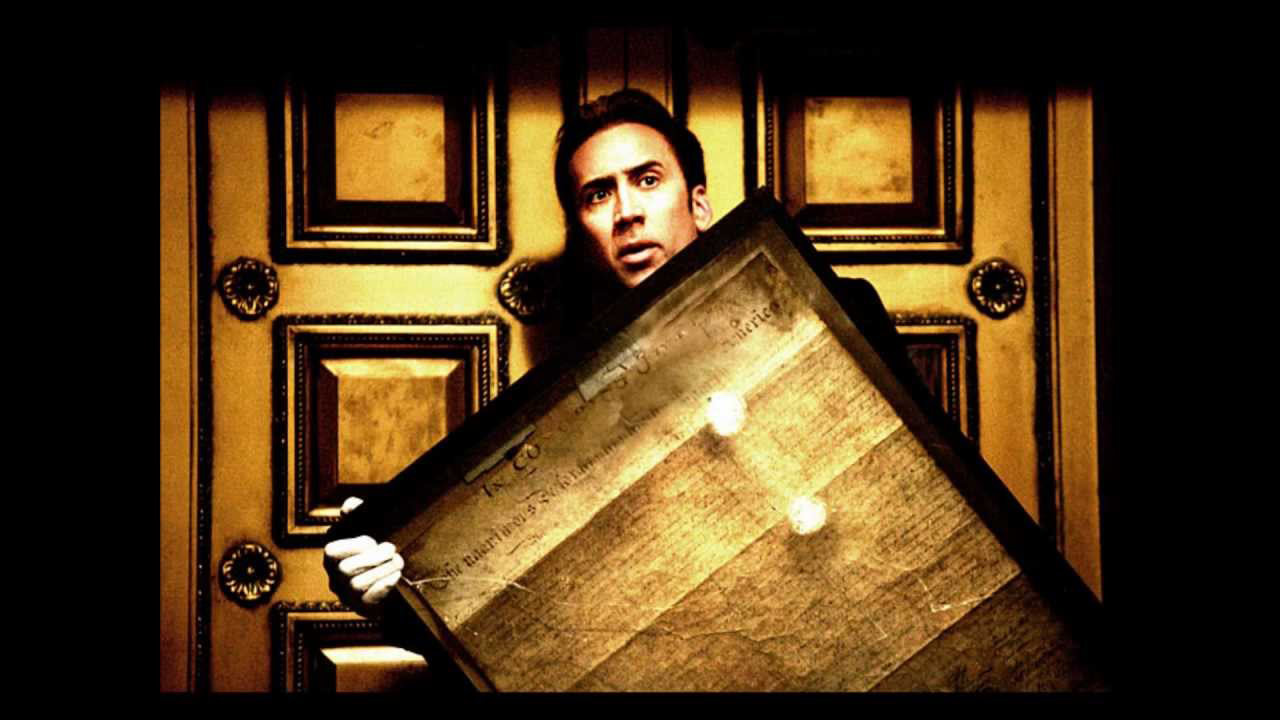 Kingdom Hearts III feels like it’s been in development since before the release of Steamboat Willie. After Kingdom Hearts II’s release all the way back on the PS2, we’ve seen nothing but spin-offs and side stories since, spanning a couple of different devices, before getting an endless parade of re-releases and compilations. The most recent of which brought every game in the series except for Dream Drop Distance to the PlayStation 4 in one package.

While I’m sure there is another compilation planned that will bring 3D into the mix, there is nothing else on the horizon except III. Finger crossed it stays that way. Right before E3, we got a new trailer that showed off a bit more of the Olympus themed level as well as a more mature design for Sora. Next month at D23 we’re supposed to get our first look at a new world. So far it’s been revealed Tangled and Big Hero 6 will be making appearances as playable worlds in Kingdom Hearts III, but with nearly a century of Disney history to pull from, it’s anyone’s guess which other movies or TV shows will make the cut.

With that, I wanted to know which new worlds our Destructoid writers would want to see in KHIII. 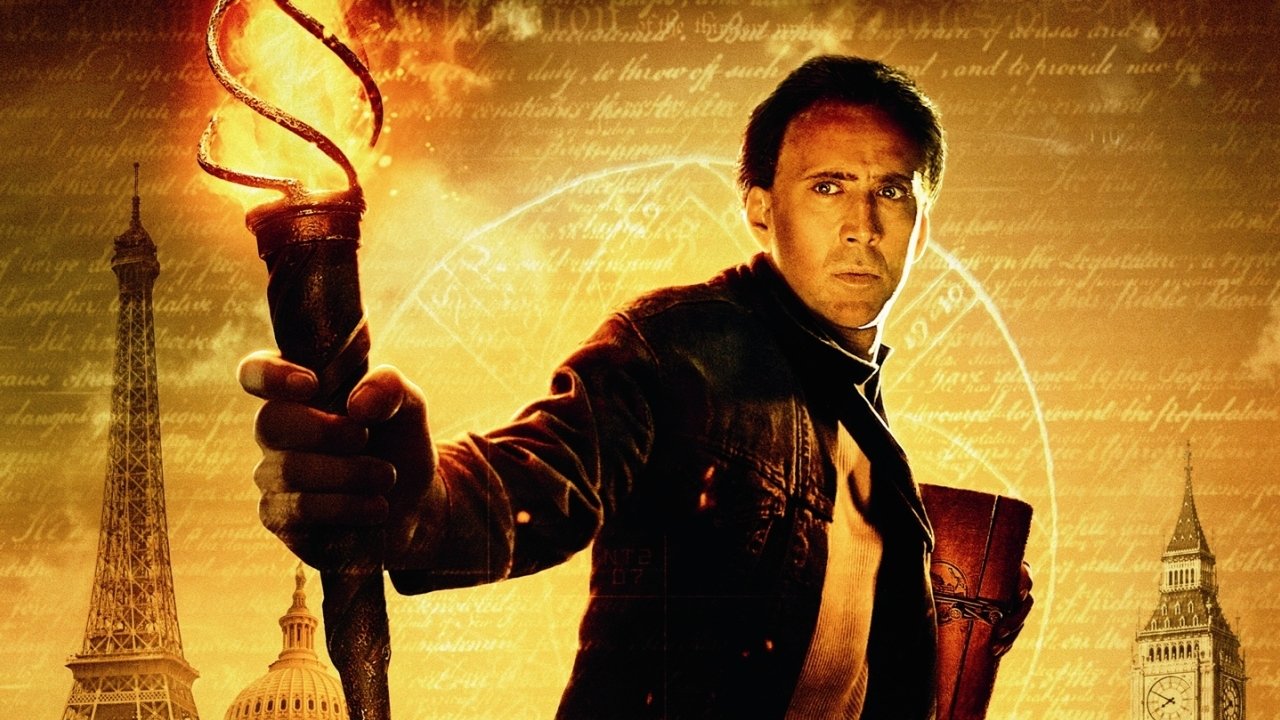 One of the reasons I love the Kingdom Hearts series is because of how unpredictable it can be. That feeling of opening up the world map, seeing a pirate-themed level, and going “no…wait, is that like, Jerry Bruckheimer’s Pirates?” For better or worse Port Royal was so different from the rest of the cartoony universes, and I’d love to see some form of live action Disney property make a return. What better way to ease that transition than with a living cartoon character — enter Nic Cage.

Nation Treasure‘s caper setup is perfect for Kingdom Hearts. Have Sora and crew Quantum Leap into Washington DC in the middle of Ben Gates’ attempted robbery of the Declaration of Independence, and bring back Sean Bean as the big bad, corrupted by darkness.

Given they’re allegedly “still working on the script” for the third film, we could even see National Treasure become a trilogy before Kingdom Hearts.

Princess and the Frog has been cruelly ignored for too long. With the inclusion of Tangled and Big Hero 6, I do worry the new worlds will focus on the post 2D Disney Animation era. As the last 2D animated princess, Tiana deserves her chance to shine somewhere, damn it. Frog is practically built for a dope KH3 world, too. Either shrink Sora and the gang down or straight turn them into frogs and have them venture across a swamp filled with alligator heartless. And the main villain, the voodoo con-man Dr. Facilier, is perfect for a Heartless rendition. His “friends on the other side” practically scream Heartless, and I’m sure Keith David would be down to voice him again.

Speaking of Keith David, give me a f**cking Gargoyles world, son.

I probably tell everyone this, but I used to work at the Disneyland Parks and Resorts, or Disney’s California Adventure to be more specific. For three years I worked at probably the best job I’ve ever had and I was brought on board as part of a big hiring push leading up to the grand opening of Buena Vista Street and my personal pick, Cars Land aka Carburetor County.

I’ve spent many days working and living in the brought to life world of Cars. I have a real admiration for the hard work and details that went into bringing Carburetor County to life. From the paint specks at Ramone’s to the desert native foliage growing around Cadillac Ridge. It’d be a kick to see Sora running around Flo’s Diner and think, “I’ve been there! I took a nap there around the side so no one would see me slacking on the job!”

Plus can you imagine the Cars specific assists and battle scenarios? Lightning McQueen can smash into Heartless by pulling sick donuts. Mater can run through kiting a stampede of tractors behind him. And I don’t know how things work sometimes but can’t there be Heartless taking the form of a car in this world?

It would be a stretch, as Disney only owns some of the international distribution rights to Studio Ghibli’s films, but it’s still worth saying. Unless Kingdom Hearts III lets you ride a catbus through a bathhouse for the gods while a pig fighter pilot and a young woman in blue fly overhead, laying down supporting fire, then there’s pretty much no chance I’ll ever bother playing it. 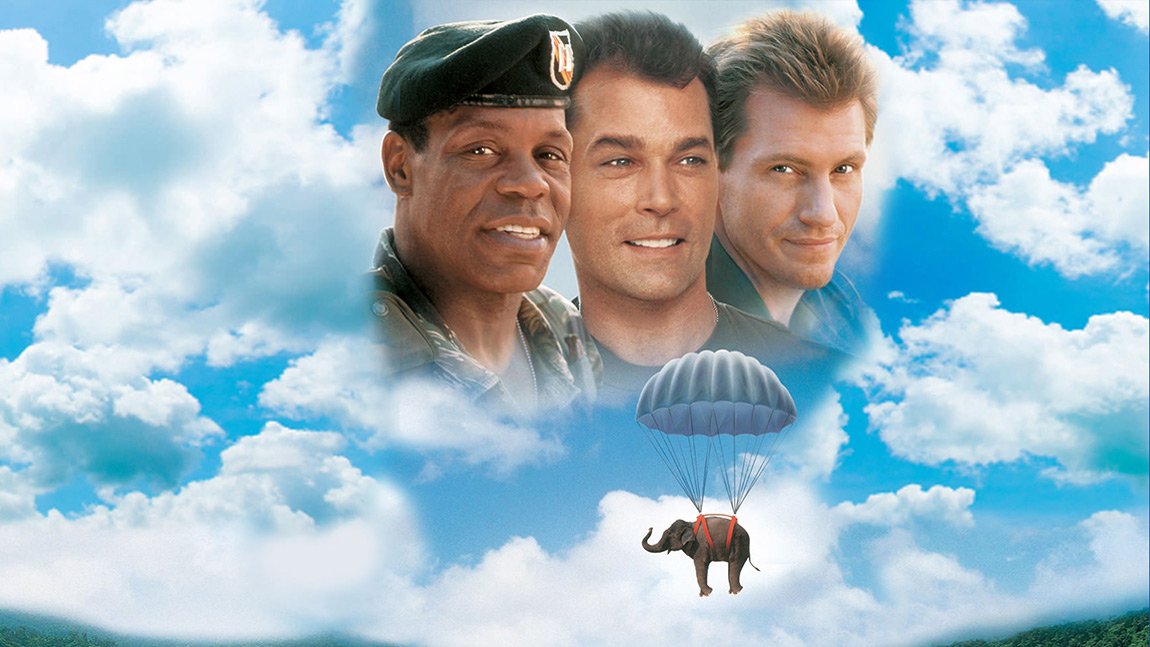 I’ll admit: I have played one and a tenth Kingdom Hearts games. The first was Chain of Memories for the GameBoy Advance. I played it every day at my night job for a month straight and really loved it. It was only years later when I found gaming forums online that I learned this was actually the worst game in the series.

My second try with the series was Dream Drop Distance for the 3DS. I purchased it, more than anything, just to see my friends from The World Ends With You again. I didn’t play for long, though I did like the game. Life happened and other titles got my attention. What I do very much remember about the game was the dive sequences at the start of the levels. I imagine they would have looked spectacular in 3D, but they were a thrill to a one-working-eyed bastard like myself. After my first dive, I knew what would make these sequences better: Operation Dumbo Drop.

This fucking movie starring Danny Glover, Ray Liotta, and, for some goddamn reason, Dennis Leary was too stupid for me, a 10-year-old at the time. It is a dumb, awful and completely forgettable movie. Forgettable except for the elephant. I’ll admit, that is one goddamn charming pachyderm. Though I’d be charming too if my owners electrocuted me into obedience.

Anyway, judging by the last trailer released for the game, Sora will be flying through the skies once more and all I’m asking is for Squenix to maybe just throw a parachuting elephant in there. 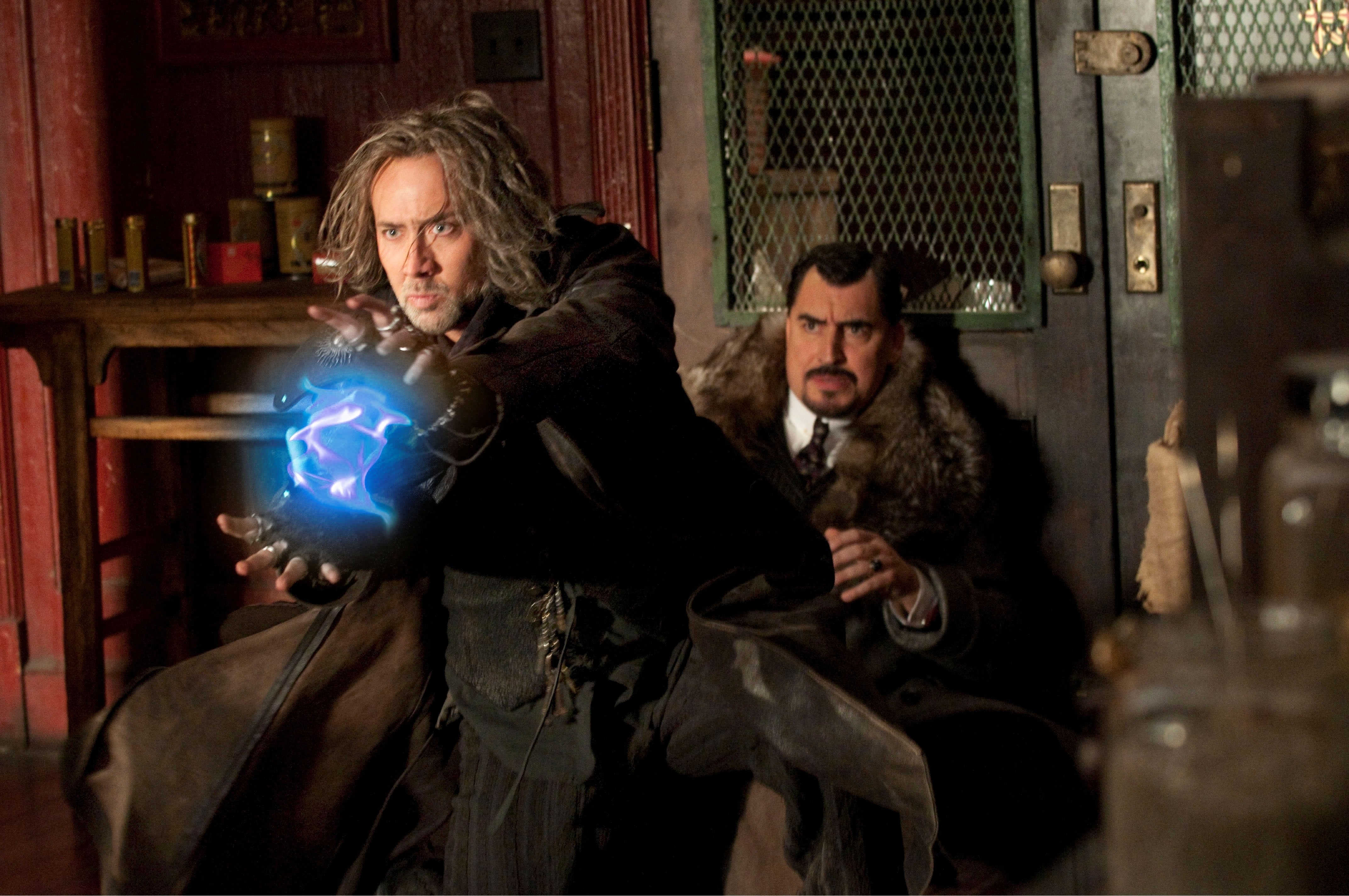 Chris, so close, yet so far. We’re on the same train, man, just different cars. I like your thinking, though.

We’ve long since passed the point where Nicholas Cage movies have been strictly works of fiction. Since around the mid-90s, the line has blurred from “movie” to “semi-biographical documentary,” and I couldn’t be happier. The dude goes from ex-con to alcoholic detective to treasure hunter to wizard to alcoholic detective who talks to lizards in his real life, so it makes total sense that film producers would want to capitalize on that weird journey for us, the movie-going audience. And now, game developers should finally give us gamers what we want in a Sorcerer’s Apprentice level in KHIII.

Since The Sorcerer’s Apprentice is more or less a live-action remake of the wizard parts of Fantasia, it practically lends itself to the world of Kingdom Hearts: You have an ancient and eccentric magician who must take an apprentice to battle an ancient evil, all sorts of dumb conjuring and magic battles, and oh my God who even fucking cares anymore just put Nic Cage as a partner in Kingdom Hearts III and let me live out all my fantasies! We’ve been waiting for this game for what, 15 years now? The fact that Cage has starred in two different Disney movie franchises since the last numbered game of the series says a lot about just how long we’ve been waiting.

Please, Square-Enix…please. Just let me replace that potion-wasting putz Donald with a real mage. Well, real in his own mind, anyway. 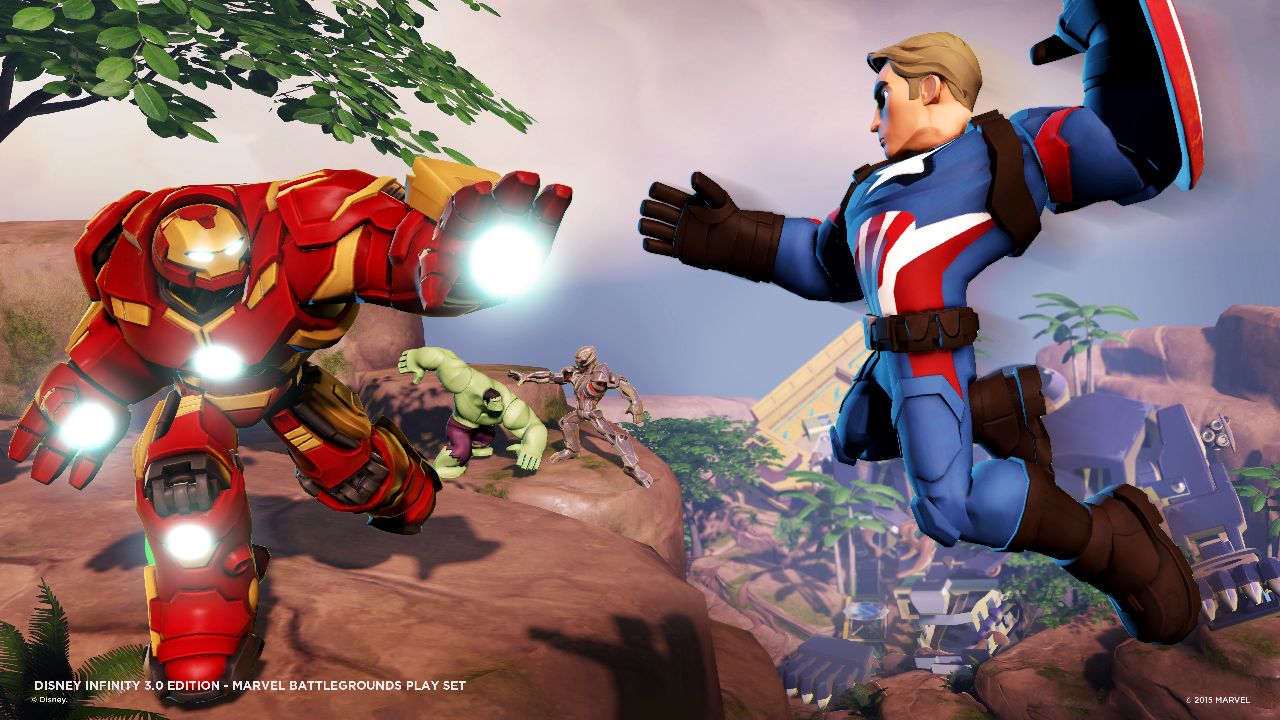 Of course, there is the billion-dollar elephant in the room, which is Marvel. With Disney Infinity no longer a going concern, the door is wide open for Kingdom Hearts to somehow involve Marvel’s large stable of characters and worlds. The idea of the Kingdom Hearts “multiverse” is even a perfect fit for Marvel’s long-running multiversal structure. Of course, the addition of a Big Hero 6-themed world already means Marvel has a quasi-presence in Kingdom Hearts III, but there’s room for so much more.

Imagine Doctor Strange hanging out with Yen Sid and the Fairy Godmother to enchant a hammer-shaped Keyblade for Thor to help Sora with? Would Captain America be a cool Keyblade Master? Would his Keyblade be a Key-shield instead? And so on. The possibilities for ever more insane levels of brand synergy are endless. 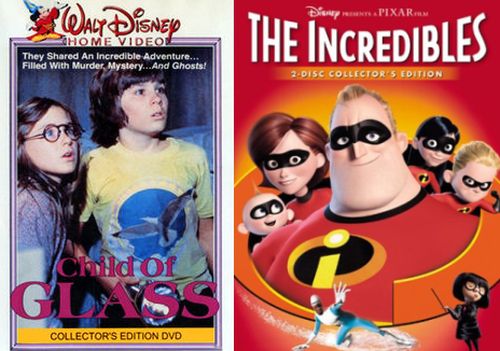 I’m cheating a bit here by picking two. I’m the site’s biggest Kingdom Hearts fan so I get to bend the rules. Deal with it.

The Incredibles would be an incredible choice for a level and one I’ve been screaming in a megaphone about since Kingdom Hearts 3 was announced. It would be a great chance to be a set piece level with the main cast of Sora, Donald, and Goofy getting unique superhero costumes while Syndrome would make for a flashy boss showdown. The Incredibles themselves would make for some awesome allies or tag-team special moves with their stretching, invisibility, and fast running powers. And of course, don’t forget about getting your Blizzard upgrade from Frozone. The superhero-themed world would also be a fantastic place for characters from the Marvel universe to make a cameo, not to mention Darkwing Duck and the return of Pete’s alter egos, Captain Justice and Captain Dark.

You’ve probably never heard of Child of Glass, and probably for good reason since it’s not a particularly good movie. However, it was filmed in my hometown where I grew up: Danville, Kentucky. The main house featured in the film is just about a five minute walk from the house I lived in, and my grandfather is even in the film as a police officer (which he also happened to be in real life; I think they just went to the local police department for extras). How cool would it be to have my grandfather join up as an ally with Sora, Donald, and Goofy while beating up heartless around my house? 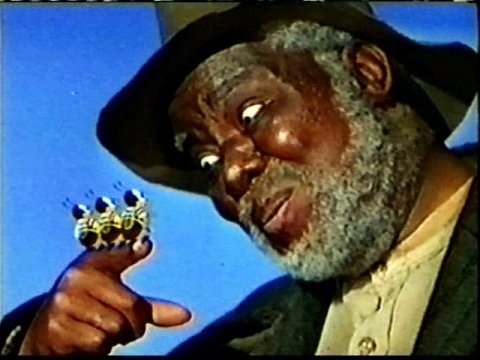 All wonderful if not slightly racist suggestions. Now, usually, this feature is closed off to staff only. However, we decided to open it up to the Destructoid Community this week by asking which Disney world you want to see in KHIII in the quick posts. We got some great responses, but these were the best. 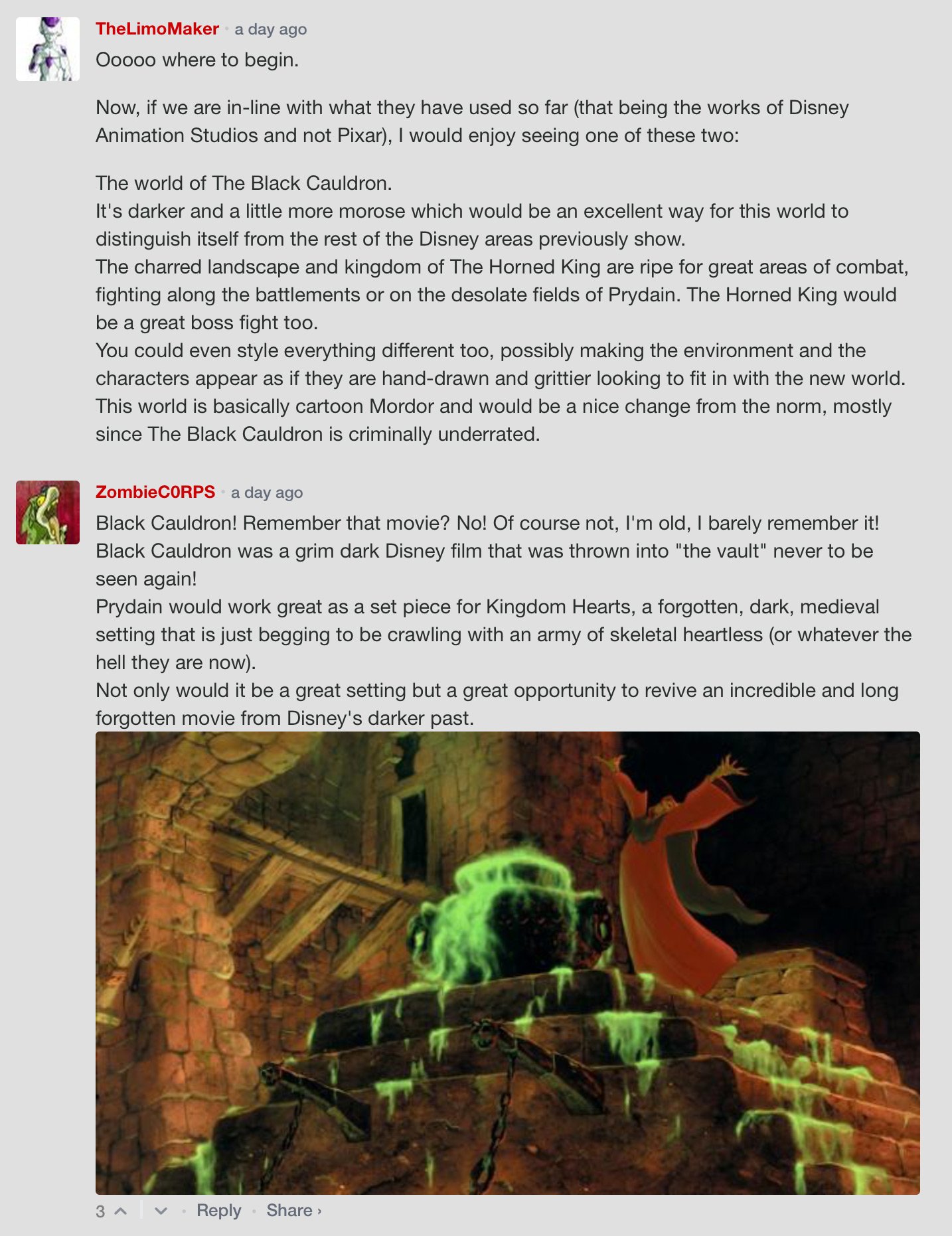 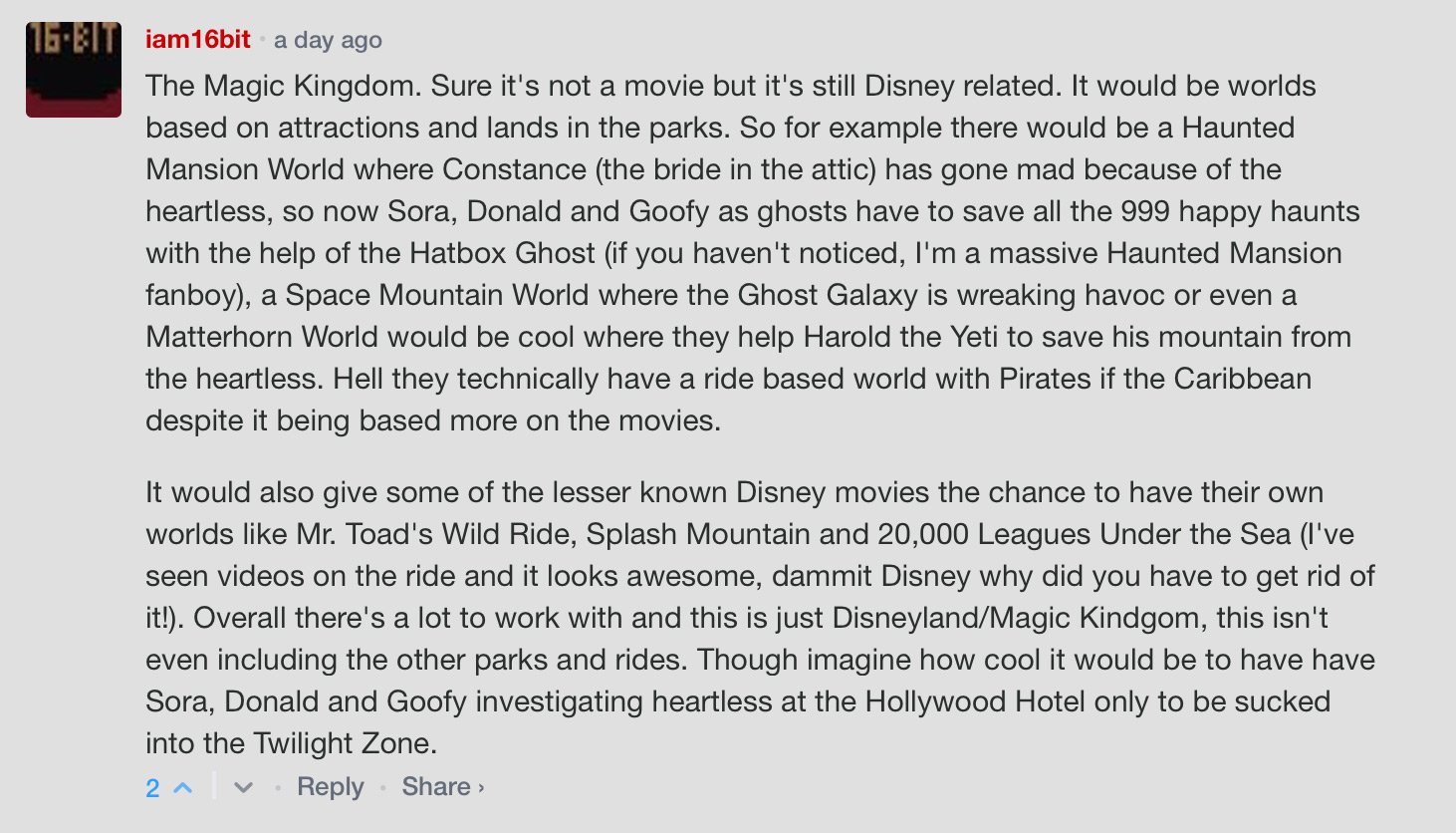 iam16bit’s entry made me think of an option that didn’t hit me before: The Wasteland from Epic Mickey. Sora and company can team up with Oswald the Lucky Rabbit, battling ink blots and the most fearsome enemy of all: the heartless camera from that series.